Diazepam is a drug from the benzodiazepine class used in the treatment of anxiety, depression, and other conditions. Like any other benzodiazepine, it has sedating properties and can cause side effects. Valium side effects can be present regardless of the amount taken. Because it is not meant for long-term use, those who use it for prolonged periods may suffer more severe Diazepam side effects. Those who take doses higher than prescribed or mix it with alcohol are at risk of Valium overdose. Learn more about the drug’s adverse health reactions, use in pregnancy, and natural alternatives.

Diazepam causes a calming effect on a patient, but due to its influence on the body and brain, it can cause some unwanted health reactions. Everyone reacts to medications differently, meaning not everyone will experience these Valium effects. The following reactions are not severe in nature and tend to subside over time. However, if they persist or cause significant distress, one needs to talk to a medical professional.

Common Side Effects Of Valium Are:

Though not common, some Diazepam side effects are severe and may be fatal at times. If anyone uses this drug and experiences any of the following symptoms, they should see a doctor immediately.

Apart from the mentioned above Valium side effects, a small number of patients may also experience any of the following symptoms.

These Are Less Common:

Moreover, mixing Diazepam with alcohol or opioids causes even more serious reactions. Alcohol works as a depressant, the same as Valium. This combination can cause breathing problems and even an overdose.

Some patients who are allergic to Valium and any other part of the drug prep may develop severe allergic symptoms. Allergy is a medical emergency, and one needs to visit a doctor right away if they develop any of the allergy symptoms.

Effects of Long-Term Use

In general, treatment with Valium is given for less than 4 months in a row. It’s because the data regarding the usefulness of its long-term usage is inconclusive. Nonetheless, a doctor may prescribe it for a longer time after seeing the condition and response to the drug, and if there are no severe side effects of Valium observed in a patient.

Here Are Some Symptoms That Arise With Long-Term Use of Valium:

The most unusual among long-term Diazepam side effects is tolerance, which is followed by addiction. As a result, tolerance in most cases is admittedly an early sign of future drug dependence. Taking the medication for a prolonged period makes Diazepam addiction very likely, making the user unable to stop its use. So, for a drug like Valium, which has a high level of abuse potential, slowly reducing the dose rather than “cold turkey” can lessen the risk of tolerance, withdrawal symptoms, and ultimately the addiction.

The Risks of Using Valium While Pregnant

Valium, or generically, Diazepam, is a Category D drug, the second most dangerous category of drugs for expecting women to take, which means there are connections between Valium and pregnancy birth defects. 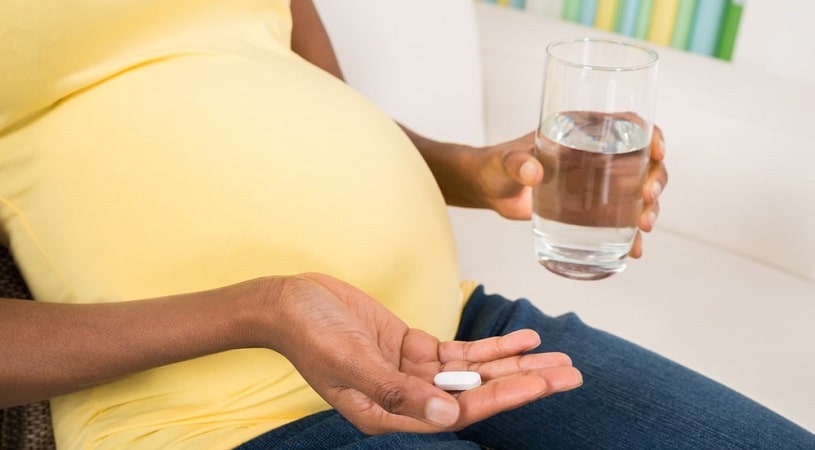 Even in cases where doctors suggest the pregnant mother continue taking the Diazepam, it’s not for long-term use or high doses. In general, it is only used at the lowest possible dose to treat sudden and severe panic or anxiety. When the mother is addicted to Diazepam, doctors tend to continue the use while slowly lowering the dose to prevent stress on both mother and child due to withdrawal risk.

Even if doctors suggest a pregnant woman continue taking the medication, it’s important to understand that Diazepam will affect an unborn baby.

Use of benzodiazepines in the first trimester has been associated with a 5% risk of major oral malformations, including oral cleft; the risk lowers in later trimesters but is not eliminated. In the third trimester, there is a risk of neonatal withdrawal syndrome occurring after birth develops. The syndrome can lead to an inability to sleep, physical pain, decreased respiratory function, and even death. It means that the use of Diazepam in pregnancy is dangerous at any stage.

The Risks to the Pregnant Women

Diazepam can impact the pregnant woman’s health right from the start. For example, Diazepam can cause nausea and vomiting; this can make common morning sickness much worse, leading to dehydration and hospitalization. For pregnant women, severe risks can develop from such a condition.

While the risks of Valium and pregnancy first-trimester use are considered the worst for the baby—which is debatable—the risks to the mother are present throughout all three trimesters.

Valium overdose can be dangerous, so recognizing the signs of a potential overdose is essential. According to the National Institute on Drug Abuse, Diazepam overdose cases leading to death have increased by over 10 times in amount between 1999 and 2017. This information highlights the importance of spotting the symptoms as early as possible.

The clearest sign of a Valium overdose is the individual may seem to be in a coma-like state.

This Condition Can Induce Deep Sleep, as Well as Other Symptoms Such As:

Diazepam overdose can have deadly effects. The National Institute on Drug Abuse states that more than 30% of overdoses in the USA are caused by prescription medication such as Valium. Hence, their danger is unequaled by any other drugs on the market. 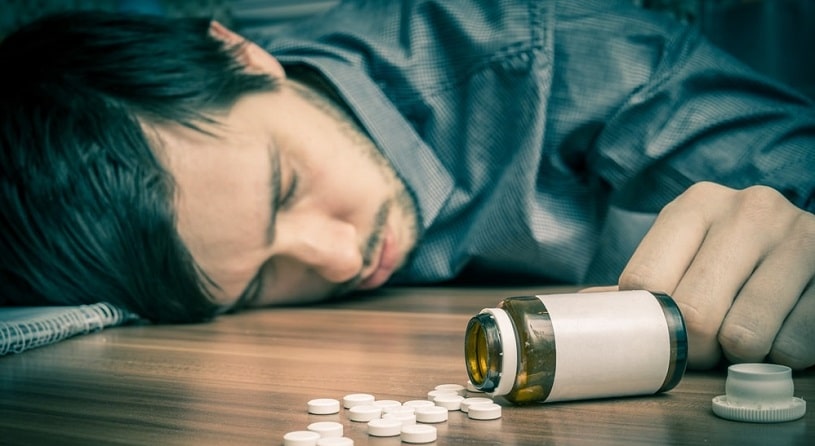 The amount of the substance required to cause an overdose varies from person to person. It depends on BMI, tolerance, and a few other factors. Most doctors will only prescribe 2-10mg doses of Valium, to be taken 2-4 times daily depending on a person’s condition. However, some people may be prescribed less and could overdose on quantities far smaller. It means there is no precise Valium overdose amount. According to the US Library of Medicine, the lethal dose of Diazepam can be any amount larger than what is prescribed. That is why it is vital to follow the guidelines of a medical doctor when taking the prescribed Valium.

Having considered all the risks of Valium side effects, some people may want to find safer alternatives to treat their anxiety. With all the Diazepam health dangers, especially with long-term use, sometimes natural remedies can be a good substitute.

Some Examples Of Natural Valium Substitutes Are:

Natural Valium substitutes have many benefits, such as being less addictive and not causing the user to relapse into a state worse than they were initially in.

In any case, it is vital to consult a doctor before quitting the use of Diazepam and switching to supplements or meditation.

The doctor will provide all necessary information about the effectiveness of such methods for one’s particular condition and the possibility of quitting Valium with minimal risks.

Diazepam is a drug that, like any other, can cause side effects, some of which can be severe. Being not cautious enough while taking this medication or not following the doctor’s guidelines can cause an overdose. Due to a high rate of deaths among those who abuse benzodiazepines, it has become especially important to notice symptoms and act quickly when it comes to Valium overdose.

For those using the drug and then becoming pregnant, it is suggested that the use of Valium during pregnancy be discontinued under a doctor’s guidance as soon as the woman is aware of being pregnant.

Valium is an effective anti-anxiety medication. Still, its use doesn’t come without a risk of addiction. Addiction is a chronic disorder and requires a group effort from family, friends, and healthcare professionals. Addiction treatment centers have a skilled team dedicated to giving patients all kinds of services, and they help get back to normal life. Addiction treatment experts can provide the right guidance and can help to deal with addiction or withdrawal.