Kratom is a legal substance that is becoming more and more popular in the United States. However, users should not assume legal means safe, as the number of kratom drug interactions is overwhelming. Before anyone uses it, they should be aware of kratom interactions with other drugs.

Because kratom is a legal substance in most states, people tend to assume it must be safe. While even its safety, when taken on its own, is debatable, those taking prescription medications should never consider it safe. When weighing the pros and cons of kratom use, individuals must consider the medications they are taking. There are numerous kratom medication interactions that can have negative and even deadly consequences.

Both kratom and Adderall are stimulants. Many online guides detailing how to consume kratom suggest taking the two substances together, but at low doses. The result is that the user can feel stimulant effects from both drugs.

However, this is a risky combination. When two stimulants are taken together, the upper effects they deliver are amplified. And this is not just in relation to the high they cause; kratom drug interactions with Adderall will stimulate many body processes, including respiration and pulse. This can cause everything from cardiac arrest to posterior reversible leukoencephalopathy syndrome. 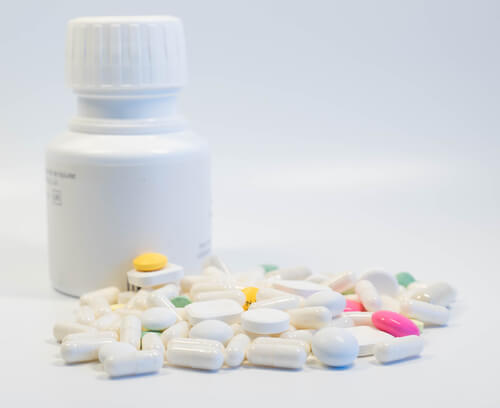 Generally speaking, there are two reasons someone might choose to combine kratom and Suboxone. First, they might hope that the two medications together will make getting through withdrawal from other substances and staying clean easier. Second, they might be addicted to Mitragyna speciosa products and hoping that Suboxone does block kratom.

It is true that Suboxone is FDA approved for treating certain addictions, but Mitragyna speciosa is used without approval for the same purpose. However, the fact that there are no FDA-approved kratom uses makes this type of treatment inherently risky, and mixing the two substances heightens the chance of things going wrong. There is also no evidence that Suboxone can block Mitragyna speciosa effects, making it an ineffective option for managing addiction.

Both gabapentin and kratom are used in opioid withdrawal management. This leads some people to think that they are safe to combine. However, the two medications can potentiate each other, causing too great of a high. Because the two gabapentin and Mitragyna speciosa have different effects—one stimulating and one depressing—this can cause a significant strain on the body.

Kratom and Xanax are two very different drugs. Xanax is strictly a sedative and a powerful one at that. Kratom is a spectrum drug that acts differently depending on the dose and strain. However, the effects of Mitragyna speciosa products are never safe when combined with those of Xanax; either the stimulant effects will contrast with the downer effects of Xanax and strain the body, or both will depress the body’s systems, running the risk of respiration or pulse ceasing. 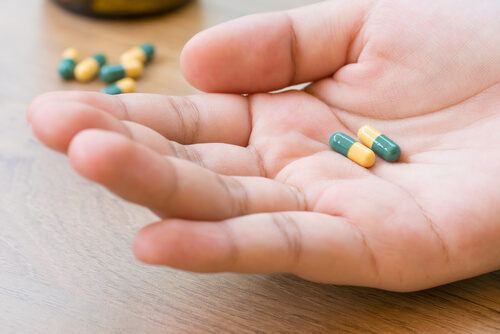 Mixing tramadol and kratom is another risky choice. While it carries all the risks of any upper-and-downers mixture, some of them are potentiated. It is known that the drug and O-desmethyltramadol, a tramadol metabolite, can lead to fatal toxicity.

Kratom and oxycodone is an increasingly common combination, both for recreational purposes and as a result of users attempting to manage their oxy addiction on their own. While different kratom strains can interact in various ways with oxy, none of them are considered safe to use with the drug outside of supervised settings. Much like with other downers, mixing oxy with Mitragyna speciosa plant can result in strain on the body or potentiated downer effects that can lead to difficult respiration and slow pulse.

Hydrocodone addiction is powerful and dangerous. As such, many people suffering from it look for ways to treat addiction at home. While many believe Kratom does block hydrocodone’s effects on the body, this isn’t true. What users who combine kratom and hydrocodone might experience is a reduction in the negative effects of hydro due to the former’s stimulant properties. However, this fight between the stimulant and depressant is risky in and of itself. Then there is the fact that if too much plant powder is taken, the effect can switch to that of a depressant, potentially preventing the central nervous system from functioning.

Kratom and Klonopin are sometimes combined by those looking to either contrast uppers and downers or potentiate the downer effects of Klonopin. The former is risky due to the stress it places on the body, particularly the heart. The latter is even more dangerous, as the central nervous system depression of Klonopin is strong, and when potentiated, risks death. 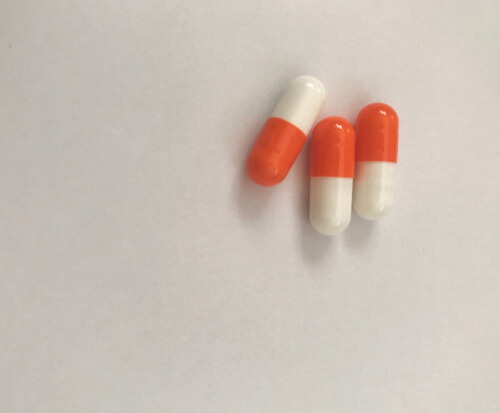 Kratom and Vyvanse are stimulant medications. This makes them risky to combine, as they can stimulate the central nervous system to the point that the heart is greatly taxed. Cardiac arrest and posterior reversible leukoencephalopathy syndrome are both associated with combining Mitragyna speciosa products and ADHD medications like Vyvanse.

The risks of mixing two substances together are not clear. However, there has been at least one case of an overdose death where the individual took both kratom and Wellbutrin together prior to their death. While the link between combination with Wellbutrin and the death is not clear at this time, users should still avoid mixing the two medications.

Modafinil is a wakefulness-promoting agent meant to treat a variety of sleep disorders. It is unusual to combine with kratom, but it has occurred. It has been documented that modafinil and kratom combined lead to seizures. Thus, this mix should be avoided.

As with Suboxone, kratom and methadone are combined either to try to manage addictions and withdrawal from other drugs or in an effort to end addiction to the plant. Methadone is a powerful anti-addiction drug, and there is no reason to add Mitragyna speciosa products to its use. Additionally, no evidence suggests methadone can treat kratom addiction. 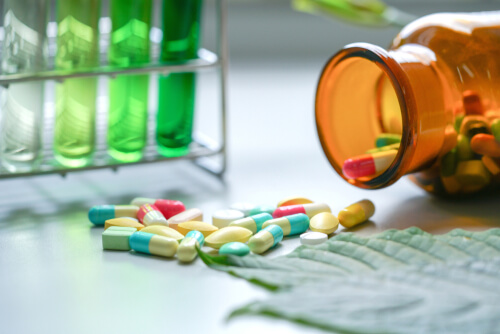 Kratom interactions with other medications are not limited to prescription drugs. Over-the-counter drugs and legal substances also can interact with Mitragyna speciosa products. For example, alcohol and kratom used together can stress the system. There are also concerns that certain substances can intensify side effects, such as the impact of kratom on the sex drive.

Anytime someone is taking Mitragyna speciosa, they should carefully consider both the known interactions with other substances and the possibility that there are many interactions that remain undiscovered by the medical community.

Kratom and Benadryl interaction has not been well studied. However, there is at least one documented case of someone having consumed both substances, as well as others, and then dying from toxicity. It is unclear what the link between the two is, but users should exercise caution.

There are no studies clearly outlining a negative interaction between DXM and kratom. However, there have been cases of patients experiencing toxicity after taking both drugs, along with other substances. Despite the link not being clear, it is best not to mix the substances.

Mitragyna speciosa is related to the coffee plant. This can make mixing kratom and coffee seem like a logical pairing. However, the stimulant effects of the two substances can tax the body, particularly the heart. If someone feels the need to use both substances, they should take them separately. 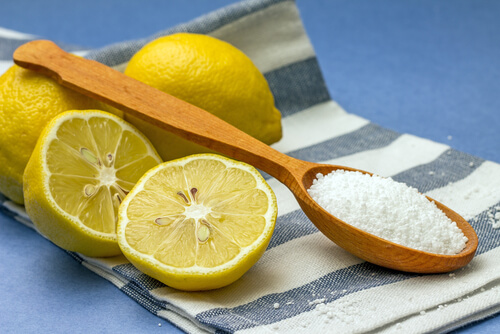 Kratom and citric acid when mixed potentiate the high kratom produces. In most cases, this does not lead to problems, but it has the potential to do so. Should the effects become too severe, the heart could be stressed to the point of cardiac arrest.

There are numerous other interactions with OTC medications that may occur. These interactions include such substances as:

There is insufficient evidence on such interactions. That’s why the users should abstain from mixing them with Mitragyna speciosa products.

Street drugs that interact with kratom are numerous. This is part of why kratom is illegal in some states.  Illegal drugs should never be consumed due to the dangers they pose, both physically and legally. Deadly kratom drug interactions are a strong reason users should avoid combining them.

There are no studies that prove kratom and cocaine interact negatively. However, there are overdose deaths reported where both substances have been taken. As such, it is risky to combine the two.

Studies have not proven that kratom and heroin interact. However, there have been cases where individuals have died from an overdose where both drugs were taken. This means the only safe choice is to avoid mixing them.

It is important that users understand the risks of taking Mitragyna speciosa products on its own and with other substances. Anyone taking it should know the kratom overdose symptoms and how to get help if they are observed.

The other illegal substances that can possibly interact with Mitragyna speciosa include:

Whether someone wants to pass a kratom urine test or just desires a sober life, it is possible to end addiction to Mitragyna speciosa products and other drugs. Drug rehab facilities have the ability to assist with detox and develop skills that make it easy to stop use. With the right addiction treatment services, clean life is possible.