Is Alcoholism Hereditary Or Genetic?

Extensive research shows that there is a connection between alcoholism and genetics. Is alcohol addiction genetic? The genes implicated either affect the metabolism of alcohol or addiction mechanisms in the brain. Does alcoholism run in the family? It has long been noted that the condition can run in families, but the alcoholism genetic makeup was not fully understood.

Now, however, the available body of research-based evidence points to the fact that alcoholism is a complex disease. Various studies try to explore the genetics of alcoholism. Read on to find out more information about alcoholism and any genetic predisposition to addiction to alcohol.

Does alcoholism run in the family? According to a study issued in the Published Library of Science, children of parents with alcohol use disorder faced a higher risk of also partaking in alcoholism. This, therefore, points to some hereditary alcoholism.

Other studies have also tried to find out if alcoholism runs in families. It was found that identical twins were more likely to be alcoholics compared to fraternal twins or full siblings. This puts more emphasis on the heritability of alcoholism.

By examining the family history of addiction, it was found that relatives and adult children of alcoholics are four times more likely to be alcoholics themselves.

Put simply, daughters of alcoholic mothers are more likely to also suffer from alcohol use disorder. Consequently, an alcoholic mother is expected to pass on the condition fourfold to her offspring. However, drinking alcohol during pregnancy can result in fetal alcohol spectrum disorders (FASD). This is a group of diseases that affect the baby due to alcohol intake by the mother. 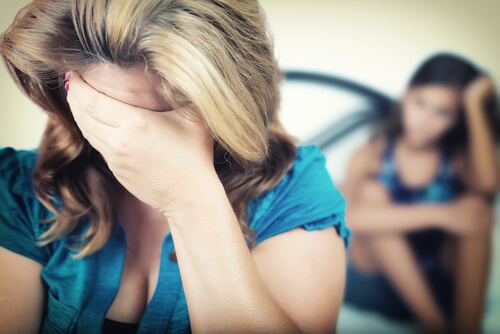 Research has shown that environmental factors can affect a person’s genetic makeup in the long run. These are known as epigenetic changes that can lead one to develop an addiction to alcohol. Epigenetic changes can be transferred from one generation to the next.

Viewed from a societal viewpoint, it might look like the condition is a personal choice. However, when looked at from an expert’s perspective, there is some evidence that supports the genetic nature of alcoholism.

Some of the alcohol addiction genes directly lead to the condition, whereas others generally influence the abuse of drugs in general.

Genes that can cause alcoholism

Is there an alcoholic gene? There is no single alcoholic gene that brings about the condition. Although much of the evidence shows that alcoholism is genetic, genetics only plays half a role. The rest of the responsibility lies with environmental factors.

Here are some of the genes that are responsible:

How do these genes lead to the condition?

The main gene involved is ADH1B, as well as ALDH2. This is mainly because these two genes are responsible for the translation of enzymes that are included in the metabolism of alcohol. Polymorphisms in the structure of these genes cause alcohol to be metabolized differently.

Is alcohol tolerance genetic? Several polymorphisms in these genes affect tolerance. For example, the ALDH2*504k – mainly found in people of Asian descent – causes a low tolerance for alcohol. This can, therefore, make such people steer clear of alcohol more quickly than others. Nevertheless, addiction to alcohol is met in all the nations and populations – some of whom are what is known as a functional alcohol addict. 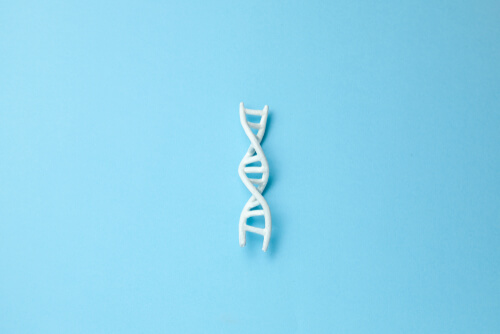 The rest of the listed genes might not be directly involved in the disorder, but they have been associated with alcohol dependence. This is especially true when it comes to comorbidity with other drugs. CHRM2 and GABRA2 have been shown to have a hand in this. So, can addiction be genetic? It appears so.

How To Know If A Person Is Genetically Predisposed To Alcoholism

Alcoholism is usually the result of various environmental factors like stress and anxiety. The numerous disorders associated with this pair of elements influence epigenetic changes that promote alcohol abuse as a coping mechanism. Therefore, people who are always stressed are predisposed to addiction.

An alcohol addiction gene test will mainly have to seek out the polymorphism in the genes that affect alcoholism. A potential test also has to detect the epigenetic changes that can lead to the disorder.

One such test was developed by a team comprising U.S. and German researchers. It searches for 11 genes that can determine alcoholics within a population. The same genes are also implicated in some other disorders and conditions like anxiety, schizophrenia, and Parkinson’s disease. This test is further proof of the correlation between alcohol and genetics.

There is also a test that measures the levels of dopamine – the pleasure neurotransmitter. When dopamine levels are low, there is a high chance that the person will likely abuse alcohol or already does.

Genetic testing can also reveal the presence of the A1 allele of the dopamine receptor gene (DRD2). The presence of this gene is particularly common in individuals with alcohol and cocaine addiction. This provides a connection between genetics and addiction.

Is alcoholism inherited? In some cases, yes. However, being an alcoholic is not a sealed fate. Even when a person is diagnosed with alcoholism genetic predisposition, they should not be resigned to becoming alcoholics.

What this means is that even if a person has relatives who abuse alcohol, they will not necessarily turn out to be alcoholics. The same applies if the person has DNA with addiction genetic markers; they can avoid becoming alcoholics. 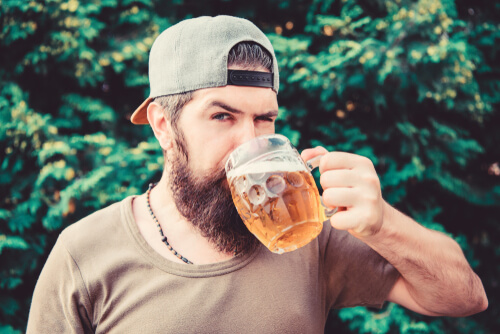 Of course, it might be much harder for such persons to control alcohol consumption or to be abstinent at all. However, it is not impossible. Support of family and friends, therapy, stress management techniques, correct coping mechanisms, keeping oneself busy with healthy activities – all these things can be quite helpful for an individual who wants to have a healthy and sober life.

Is addiction genetic? According to several studies, alcohol addiction and genetics go hand in hand. This means that parents of alcoholics likely passed on the genetic markers that influence alcoholism on to their children.

Is there an addiction gene? Instead of a singular gene, a range of genes imparts their influence on addiction.

However, the genetics of addiction is only responsible for about half of the alcoholism. Environmental factors like work-related stress also play a significant role in leading someone to become addicted to alcohol.

Can alcoholism run in the family? To some extent, yes. Some tests can determine alcoholism genetic disease. However, these are not widespread in their use. If these tests show that someone is prone to heredity alcoholism, there are ways to prevent addiction to alcohol. This can be done through moderate consumption or complete abstinence, together with addiction treatment and social support. It is also a good idea to consult with a rehab center specialists in case any cocerns arise.