How Long Does Vyvanse Stay In Your System?

Vyvanse, the brand name of Lisdexamfetamine dimesylate, is a Schedule II controlled substance that is used for the treatment of attention deficit hyperactivity disorder (ADHD) and moderate to severe binge eating disorder (BED) in adults. Like Adderall and Ritalin, some of the most common drugs used for ADHD treatment, Vyvanse is a central nervous system (CNS) stimulant with potential for dependence and abuse. Aside from Vyvanse half-life, this article will focus on some of the most commonly asked questions regarding Lisdexamfetamine dimesylate: “how long does Vyvanse last?”, “how long does it take to kick in?”, and “how long does Vyvanse stay in the system?”. The article will also be talking about ways of speeding up the process of getting it out of one’s system. Remember, though, that help is available to those suffering from Lisdexamfetamine dimesylate addiction or abuse. Recovery is very much possible.

People who are worried about how long Vyvanse remains in the system need to know about the variables that can influence this to avoid overdose or other complications.

How Does Lisdexamfetamine Dimesylate Work?

The drug Vyvanse is used for the treatment of ADHD and binge-eating disorder (BED). Its basic component, Lisdexamfetamine dimesylate, becomes active only after absorption and conversion into d-amphetamine, its active ingredient. That is why this drug is a quintessential example of a “pro-drug.” Its effects become noticeable at the 1.5 or 2-hour mark, which is a bit slower compared to Adderall.

Lisdexamfetamine dimesylate is a stimulant medication that directly acts on the central nervous system (CNS). However, how it exactly acts therapeutically in ADHD and BED patients is not currently known. What is known is that it promotes and increases the release of dopamine and norepinephrine into the extraneuronal space to reduce the symptoms of ADHD in patients with the said disorder.

Lisdexamfetamine dimesylate has similar side effects with other stimulant drugs used for the treatment of ADHD, which include dry mouth, anxiety, trouble sleeping, nausea, vomiting, and loss of or decreased appetite, among others. The potential loss of or decrease in appetite may lead to weight loss, and although Vyvanse for weight loss has no approval, some may use it for that purpose without a doctor’s prescription, which is dangerous. Among Vyvanse side effects sexual adverse reactions are also common. Furthermore, without a doctor’s supervision, there is an increased risk for dependence, abuse, or addiction. To add to that, one may experience increased heart rate and blood pressure, serious cardiovascular reactions, psychiatric adverse reactions such as psychotic or manic symptoms, and serotonin syndrome. 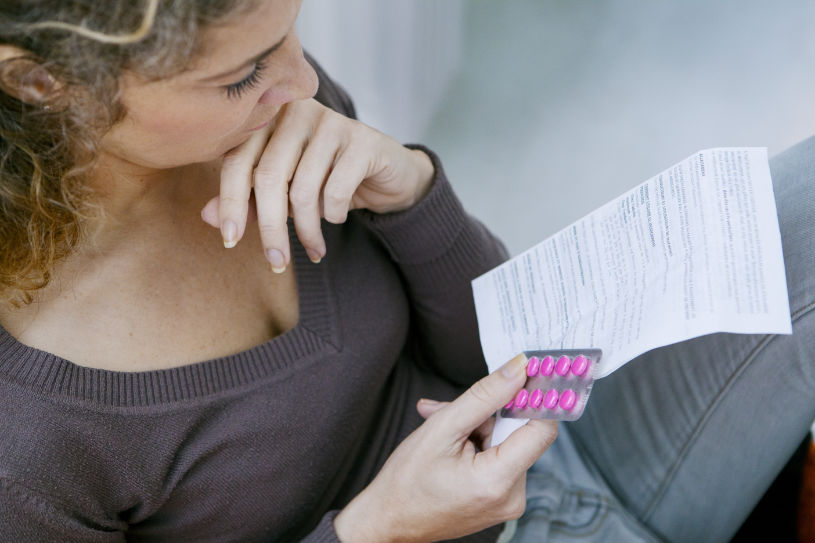 How Long Does Vyvanse Take To Kick In?

This medication is a pro-drug of dextroamphetamine (d-amphetamine). What this means is that Vyvanse (Lisdexamfetamine dimesylate) is converted to Dextroamphetamine (d-amphetamine), its active component, when it is absorbed in the body. Lisdexamfetamine dimesylate has a typical plasma elimination half-life of less than an hour on average. It is quickly absorbed from the gastrointestinal tract after oral administration, and as mentioned earlier, is then converted into Dextroamphetamine, a drug with a plasma elimination half-life of about 12 hours. To answer the question “How long does Vyvanse take to kick in?”, it becomes significantly effective 1.5 to 2 hours following oral administration. This data is based on two placebo-controlled classroom studies conducted in ADHD children of ages 6 to 12 years.

Half-life is one of those medical terms many people use but few understand, often thought to be how long half of the medicine remains in the system as a whole. Half-life actually refers to how long it takes for half the drug to be eliminated from the plasma of the blood. So, when speaking about Vyvanse half-life, what is specifically being referenced is how long it takes for the blood plasma levels of the drug to drop to 50 percent. Higher concentrations can remain in other body elements for much longer. Going back to the drug of focus, the Vyvanse half-life is short, averaging on less than an hour. When the primary ingredient metabolizes, it turns into Dextroamphetamine and L-Lysine. Dextroamphetamine has a longer half-life than Lisdexamfetamine dimesylate, coming in at around 12 hours.

How Long Does Vyvanse Last?

So, how long does Vyvanse last? According to the same two classroom studies conducted in ADHD children, significant improvement in the participants’ behavior was observed up until the 13th hour post-dose. The first study recorded statistical significance until the 12th hour (was effective from the 2nd to 12th hour), whereas the second study found statistically significant effects until the 13th hour (was effective from hours 1.5 to 13). Considering the alternatives to Vyvanse, it is quite long-lasting. However, not everyone should expect the same time span. How long the drug lasts will vary from person to person, and individual factors such as gender, age, the existence of other health conditions, and the dosage taken should all be considered.

Anyone who is worried about passing a drug test for Lisdexamfetamine dimesylate is likely misusing the medication and in need of help, and not taking it for the treatment of actual health conditions like ADHD or BED.

How Long Does Vyvanse Stay In Your System?

Now, one may be wondering – how long does Vyvanse stay in your system? Again, as with other drugs or substances, it would vary depending on individual factors, the dosage one takes, and how long they have been taking it for. While the Vyvanse half-life may sound like good news, it is a bit misleading. The medication itself may be eradicated from the system in six hours or less, but the metabolites will remain.

In general, it takes 5 half-lives before a single dose drug is eliminated from the body. That said, Vyvanse half-life averages less than an hour, so its primary ingredient, Lisdexamfetamine dimesylate, is expected to be cleared out of one’s system within 4 to 5 hours following the last dose. This doesn’t necessarily mean that Lisdexamfetamine dimesylate’s metabolites will be out of the body by then, though. As has been already mentioned, it is converted into D-amphetamine after absorption from the gastrointestinal tract. And with the said drug having a significantly longer half-life of about 12 hours, it will stay in the system for around 60 hours following the last dose.

There are several ways to tell if Vyvanse is present in one’s system, with the most common tests being through urine, blood, and hair samples.

Lisdexamfetamine dimesylate may not always show up on a urine test. If the test is for amphetamines, it can be detected. This is because it can detect the presence of the medication’s metabolites for a greater period than blood, and also for the reason that it is a cheap test to administer. Results are instant, allowing the tester to get their answers quickly. 96% of Vyvanse’s oral dose radioactivity in urine is detectable for up to 120 hours or 5 days.

Blood testing for amphetamines is highly accurate. However, it is more difficult and more expensive than urine testing. It is also less likely to catch the presence of a drug, including Vyvanse, if it is not being used frequently. With regards to how long Lisdexamfetamine dimesylate stays in the blood, its active ingredient, d-amphetamine, remains detectable for 3.5 to 6 hours if administered alone, which means the window for testing is relatively small. This range is according to a study of pediatric patients aged 6-12 years who were given a single oral dose of 30, 50, or 70mg of Vyvanse. This is because the body’s filters remove it from the blood quickly, transferring it to the urine and feces.

Hair testing for Lisdexamfetamine dimesylate, as well as other drugs, is expensive to complete, and as such is rare. However, it is where there is the greatest risk for a positive result. When talking about the majority of the body, it is mere hours or days, but when it comes to the hair, Vyvanse and other amphetamines can remain present and detectable for as long as three months.

Saliva testing is quite rare. But Vyvanse, being an amphetamine product, will have higher levels in one’s saliva than the blood. The amount of time it stays in the saliva has not been determined, but it’s safe to say that it would be detectable for longer in saliva than in blood.

12-panel drug tests check for the presence of certain substances in one’s body, including amphetamines. Because these tests do not differentiate between amphetamine and racemic compounds such as Dextroamphetamine, the drug Lisdexamfetamine dimesylate is converted into, Vyvanse will almost certainly show up on a drug test as an amphetamine. 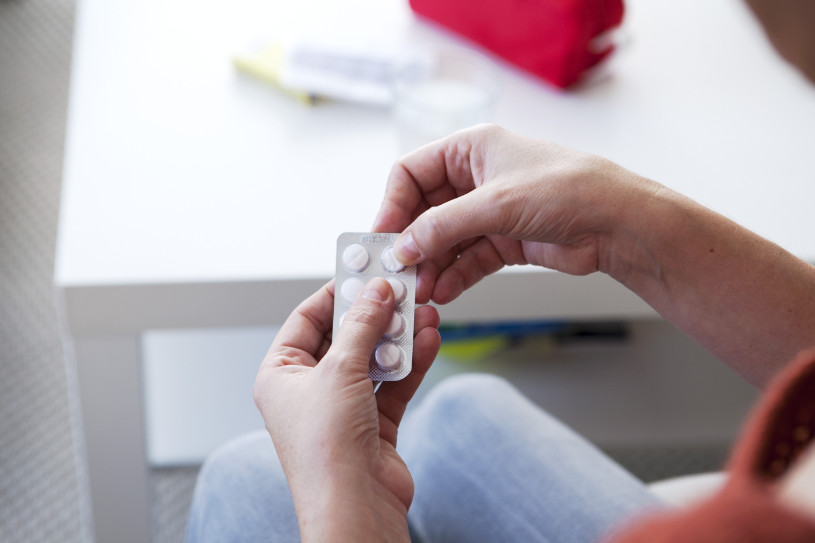 Variables Influencing How Long Vyvanse Remains In The System

The factors discussed above are only but a part of a long list of factors that may affect how long drugs such as Lisdexamfetamine dimesylate will stay in the system. That said, the length of time it stays in the body is highly individual, and it’s nearly impossible to give an exact number of hours or days for which the drug will remain in one’s system.

How To Speed Up System Cleaning

There are no specific methods guaranteed to get Lisdexamfetamine dimesylate out of the system faster than it naturally does, but there are methods that are used for flushing out drugs in general that can help. These include:

Anyone who is worried about passing a drug test for Lisdexamfetamine dimesylate is likely misusing the medication and in need of help, and not taking it for the treatment of actual health conditions like ADHD or BED. While looking for alternatives to Vyvanse is a good idea, the best course of action for those suffering from addiction or abuse is to discontinue use safely and let the body do the work – give it time to metabolize and eliminate it naturally. Additionally, seeking help and taking the route to recovery would be very beneficial not only to one’s body but also to their mental well-being. Drug rehabilitation centers can help those who abuse or are addicted to Lisdexamfetamine dimesylate or any other substance get clean and live a better life. There are many addiction treatment programs that can help those suffering from addiction to start their journey to recovery and most importantly, stay clean.