Vyvanse vs Adderall And Other Effective Medications

Vyvanse, which generic name is Lisdexamfetamine, and is available in tablets and capsules, is a drug that is used in treating attention deficit hyperactivity disorder (adhd) in children and adults. It has been classified as a Schedule II controlled substance due to its high abuse potential. Being an amphetamine drug, the medication is only available on prescription. Adderall, an alternative to Vyvanse, is also effective at treating adhd. So are Concerta, Focalin, and Strattera. However, which of the attention deficit hyperactivity disorder medicines is more effective? This article will take a look at Adderall vs Vyvanse and other effective medications to determine which of them is stronger. These medications will be discussed thoroughly including their MOA, dosage, and side effects.

It is important to follow a medical doctor’s recommendations and not to seek other alternatives without consulting. Taking any Vyvanse alternative without prescription may have adverse negative health consequences.

Lisdexamfetamine and Adderall belong to the same drug class, central nervous system (CNS) stimulants. This class of medications stimulates the central nervous system to help maintain alertness and focus. Comparing Adderall vs Vyvanse, both drugs have similar mechanisms of action. They work by increasing neurotransmitters (dopamine and norepinephrine) in the brain to increase attention and self-discipline. Thus, the two medications are used to cure attention deficit hyperactivity disorder.

Adderall contains four different kinds of amphetamine salts – amphetamine sulfate, amphetamine aspartate, dextroamphetamine saccharate, dextroamphetamine sulfate. Considering Adderall vs Vyvanse, both drugs are equally effective. However, what works with one person may not work with others. Apart from adhd, both drugs treat other disorders as well. Lisdexamfetamine is highly recommended for the treatment of Binge-eating disorder, while Adderall is prescribed to treat Narcolepsy (a chronic sleeping disorder). However, studies indicate that Lisdexamfetamine may be more therapeutic and a safer option than Adderall. The Vyvanse to Adderall conversion is not straightforward and depends on the kind of Adderall used (short-term effect or extended-release form). Therefore, the Vyvanse to Adderall conversion should be supervised by a medical doctor to prevent adverse health effects or discomforting withdrawal signs and symptoms.

Is Lisdexamfetamine Stronger Than Adderall?

When it comes to strength both medications have similar strengths with some slight differences. Lisdexamfetamine is a prodrug, which means it is metabolized in the body before it becomes an active drug. This makes the side effects of Lisdexamfetamine less harsh and reduces the potential for abuse. Adderall works immediately after it is administered. Its immediate-release version has a duration of 4-6 hours while its extended version is up to 12 hours. Lisdexamfetamine, on the other hand, has a duration of 10-14 hours.

Lisdexamfetamine vs Adderall Side Effects

Both drugs share common side effects including nausea, vomiting, dry mouth, dizziness, loss of appetite, headache, diarrhea, anxiety, etc. These side effects are mild and should not pose any adverse risk to your health. However, serious aftereffects such as increased blood pressure, faster heartbeats, stroke, shortness of breath, and fainting may occur. It is recommended to call a medical doctor after chest pains or any other side effects attributed to Vyvanse use are felt as a result of administering these drugs. 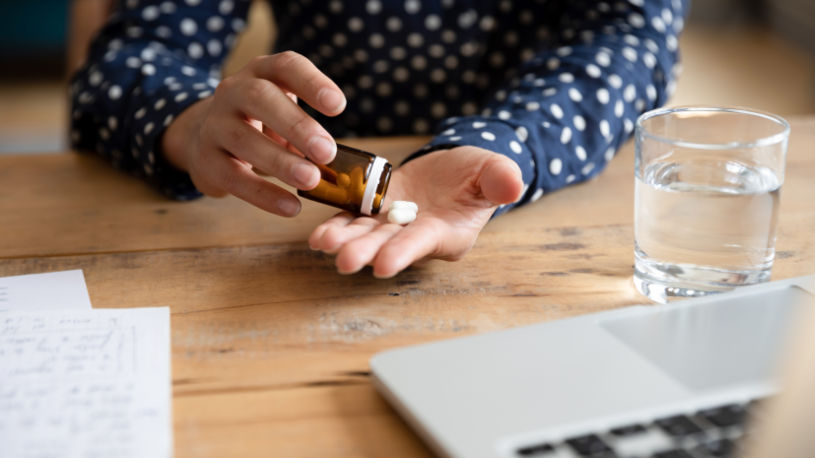 Methylphenidate Hydrochloride, sold under the brand name Concerta, is an alternative to Vyvanse. It is in the drug class of central nervous system stimulants. Just like Lisdexamfetamine, Concerta is used in the treatment of ADHD. These drugs operate by increasing certain chemicals in the brain to improve alertness, attention, and physical activity. Comparing Concerta vs Vyvanse, both drugs can last long given their duration of action to be 12 hours.

Concerta is a Vyvanse alternative that is similar to Ritalin and is an amphetamine drug but is only available in the extended-release. Considering Concerta vs Vyvanse, Concerta works within an hour and is effective for as much as 12 hours. Lisdexamfetamine takes between 1.5-2 hours to work, while its effects last up to 14 hours. Concerta has a generic form, unlike lisdexamfetamine. Contrasting Vyvanse vs Concerta, the major difference between both drugs is that Lisdexamfetamine is inactive until it is metabolized in the body. Comparing the effectiveness of Vyvanse vs Concerta, both medications have the same effect due to their MOA. However, their effects are felt differently. Users of the Concerta begin to feel relief from symptoms of ADHD quite earlier. Comparing the aftereffects of Concerta vs Vyvanse, both medicines have common side effects which include anxiety, dry mouth, headache, nausea, vomiting, weight loss, etc., but Vyvanse may also cause sexual side effects.

Ritalin is another Vyvanse alternative that effectively improves attention and focus in patients with ADHD. Its generic name is methylphenidate and is a central nervous system stimulant. Both medicines are federally controlled substances because of their high abuse potential. Ritalin works by blocking the reuptake of two neurotransmitters, norepinephrine and dopamine, increasing their concentration in the synaptic cleft. This stimulates the CNS to help improve attention. Comparing Vyvanse vs Ritalin, the two medicines have similar efficacy, though Ritalin works faster. This is because methylphenidate in Ritalin begins work immediately when it enters the body, unlike lisdexamfetamine which takes longer to work. Also, contrasting Ritalin vs Vyvanse, Ritalin is administered more often due to its quick but short effects.

Comparing Vyvanse vs Ritalin, research indicated that lisdexamfetamine is more effective at treating the symptoms of ADHD in children. Ritalin can also be used to treat Narcolepsy. Both medications have similar side effects which include loss of appetite, dizziness, dry mouth, and sleep disorder. More serious side effects that can pose a risk to your health include high blood pressure and stunted growth in children. 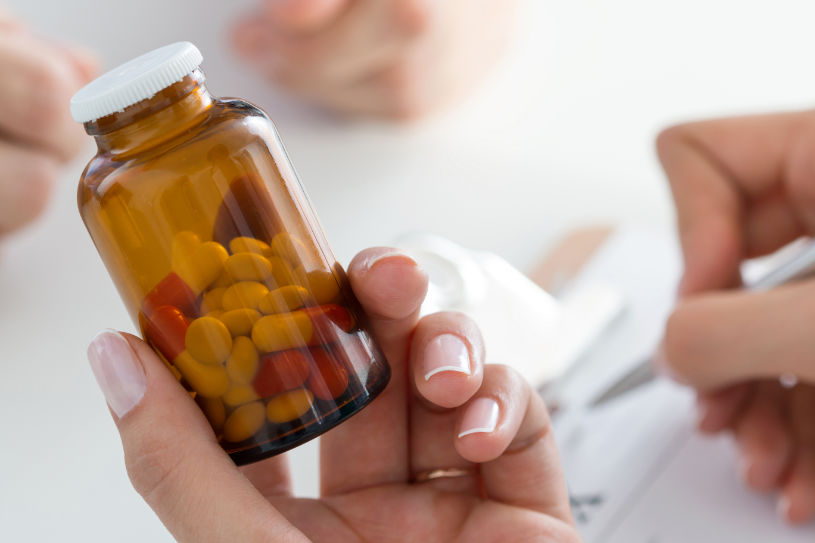 Dexmethylphenidate, another Vyvanse alternative, is marketed under the brand name Focalin. It is effective at treating the symptoms of attention deficit hyperactivity disorder. The medication, like lisdexamfetamine, belongs to the CNS stimulants drug class. Thus, they work by increasing dopamine and norepinephrine to help patients pay attention and have control of their physical activities. Focalin can be used off-label to treat Narcolepsy while lisdexamfetamine treats binge eating disorder as well. In a recent survey to find out which ADHD medication do respondents find as the most effective, lisdexamfetamine ranked higher than Focalin. However, no research backs that claim. The side effects of Focalin are dizziness, dry mouth, sleep disorder, nervousness, weight loss, and irritability.

Strattera is a Vyvanse alternative that is used to treat ADHD and its symptoms both in children and in adults. The generic name of Strattera is atomoxetine and it belongs to a drug class known as serotonin-norepinephrine reuptake inhibitor (SNRI). Comparing the MOA of Strattera vs Vyvanse, there is a striking difference between them. Strattera, an antidepressant, works by increasing the amount of norepinephrine in the brain by stopping it from going back into the cells. Norepinephrine is a neurotransmitter that helps in focusing on an activity as well as emotions among other things. So, by increasing norepinephrine, Strattera helps children to stay focused. As already pointed out, lisdexamfetamine works by stimulating the CNS. Thus, Lisdexamfetamine is a stimulant while Strattera is not. Both drugs are equally effective in treating attention deficit hyperactivity disorder in both children and adults, though people who are not stimulant-tolerant may prefer non-stimulants like Strattera.

Harm Of The Self-Prescribed Lisdexamfetamine Equivalents

Drug alternatives to lisdexamfetamine can be amphetamine derivatives which often are the first-line medications for ADHD treatment. At the same time, such substitutes as Strattera is a second-line drug in this case. Both central nervous system stimulants or non-stimulants are often effective and prescribed by medical doctors. That’s why knowing what Lisdexamfetamine medication is, it is easy to find analogs. At the same time, being prescribed the medicine, it is important to follow a medical doctor’s recommendations and not to seek other alternatives without consulting. Taking any lisdexamfetamine alternative without prescription may have adverse negative health consequences, due to the possible drug interactions. Thus, no self-diagnosis or self-prescription is recommended, as improper dosage may result in overdose. If a patient experiences any addiction symptoms, it is critical to consult with a doctor to get professional addiction treatment.