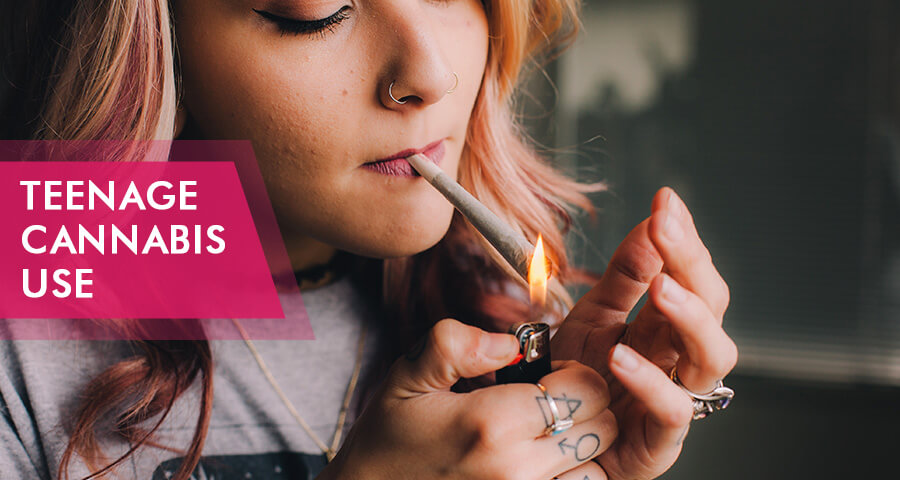 Teens and marijuana is a topic of concern in the modern day. Teens smoking marijuana have been found to experience a significant reduction in their performance at school, and then there are the effects that the substance has on the brain of a teenager that are negative as well.
Here, we will discuss the abuse of marijuana and college students and teenagers in general, to help parents understand why pot is not good for their teenager, and what they can do.

Marijuana Use Among Teens

Over the last decade, statistics on teenagers smoking marijuana slowly increased. The latest statistics on teen marijuana use announced by the National Institute on Drug Abuse for Teens report as much as 13.5% of 8th graders have tried marijuana before, with approximately 0.8% of 8th graders using marijuana on a daily basis. The statistics tend to increase significantly among 10th and 12th graders. At the age of grade 12, about 45% of teens have experimented with marijuana at least once in their lifetime. About 22.9% of 12th graders reported using marijuana on a monthly basis, with 5.9% of the 12th graders being daily marijuana smokers.
Those wondering how long does marijuana last in teens – blood levels of the THC content in weed tend to spike at 30 minutes, and quickly starts to decline after this spike, with levels becoming very low after approximately two hours.

Even though marijuana deaths have not been recorded to date, there are certain risks for marijuana teen’s usage. This is why understanding how marijuana affects health and marijuana effects on teens are both topics that need to be discussed. It is also important to ask questions like “does marijuana stunt  growth?”
The fact that cannabis is a natural plant makes a lot of teenagers who dab marijuana think it is a safe drug to smoke, yet studies have revealed marijuana for kids can be exceptionally harmful, and teens are especially prone to experience adverse effects when they turn toward experimenting with this plant. It is important to realize there are many other illicit drugs that are also made from plant-based materials, yet poses significant threats to the health of the user.

Effects Of Marijuana On Teenage Brain

Pot can have many negative effects on the brain as well, making marijuana and the teenage brain another important topic to cover. Different marijuana types may also exhibit various effects, as the level of cannabinoids in them tend to vary. Understanding what weed does to the brain is thus important.
Pot causes stimulation to occur in the release of mesolimbic dopamine. This is a neurotransmitter involved in several processes of the brain – and scientific studies have found dopamine has quite a significant impact on the addiction centers of the brain. Thus, this provides clear evidence of the addiction potential of marijuana – since there are physiological actions that occur when the drug is used.
Another important fact to consider in terms of marijuana use among teenagers and the effects the substance can have on their brain is that these individuals have a much greater risk to develop certain mental disorders later in their lives. Particularly, pot during adolescence has been associated with a higher likeliness of developing anxiety disorders and becoming depressed later on. These are mental health conditions that have adverse effects on the brain and can have a dramatic impact on the individual’s life.

Medical Uses Of Marijuana Among Teenagers

Medical marijuana for kids has become an interesting topic. Evidence on the effects of marijuana on children is mixed, which often leads to confused parents. Due to numerous studies providing evidence that marijuana plants have certain medicinal properties, several states have already legalized the drug for medicinal purposes. The legality of the substance differs from location to location. Marijuana schedule 1 is often appointed to the chemical, but some states have looser scheduling systems in place for medicinal uses of the substance. 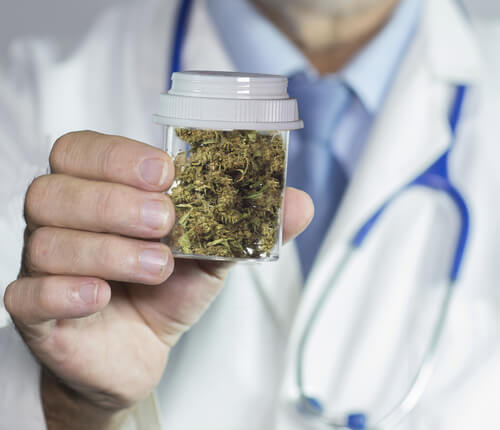 A prescription is required for marijuana medical uses. Even though many think that medical marijuana for children is widely used, it should be noted that people often get confused with CBD products and weed. The drug is now sometimes prescribed to adult and teenage patients with glaucoma, generalized pain, multiple sclerosis, cachexia, and epilepsy. It has also been proven useful in the treatment of conditions like vomiting and nausea.
Since the legalization of medicinal pot, the prescription use of pot among teenagers have increased, and studies have also discovered some teens have not diverted users, where they take advantage of a prescription obtained by their peers.
Up to 66.7% of teens have been relying on their own prescriptions to obtain medicinal weed, while up to 57.7% of the respondent groups had used marijuana that was prescribed to someone else during the same year. The study did find those male adolescents are more likely to use prescription cannabis, as well as be a divert user. Male participants in the study were also more likely to use weed without obtaining it from a legal source, such as through a prescription from a licensed physician.

Identifying Cannabis Use In Teens

Parents need to understand how they can recognize the signs that their teenager uses cannabis from an early age. When the signs are identified early on, it may be easier for them to help their child overcome a possible dependency that they might be developing. This can also help to reduce the risk of the adolescent developing mental disorders like depression and anxiety in their future.
Luckily, there are physical signs, as well as behavioral changes, that may signal the use of marijuana in teens.
Some of the signs that parents should identify that their teens smoke weed include:

How To Help A Teenage Marijuana Abuser

When a teen is found to be using cannabis for recreational purposes, then appropriate action needs to be taken. A rehab for substance abuse can be accessed in cases where help from the outside may be required. The teenager can undergo chemical dependency treatment at such a facility to ensure they recover and start to live a sober lifestyle.
With up to 45% of teenagers experimenting with marijuana by the time they reach grade 12, parents are advised to recognize the signs of dabbing weed and other forms of cannabis use among their kids. When these signs are noted, a rehab for substance abuse may be sought out in order to provide adequate treatment for the teen to help them recover. Rehabs can assist in overcoming weed withdrawal symptoms and ensure the adolescent can effectively reach sobriety.