Signs Of Marijuana Use And Abuse: Weed Addiction Symptoms 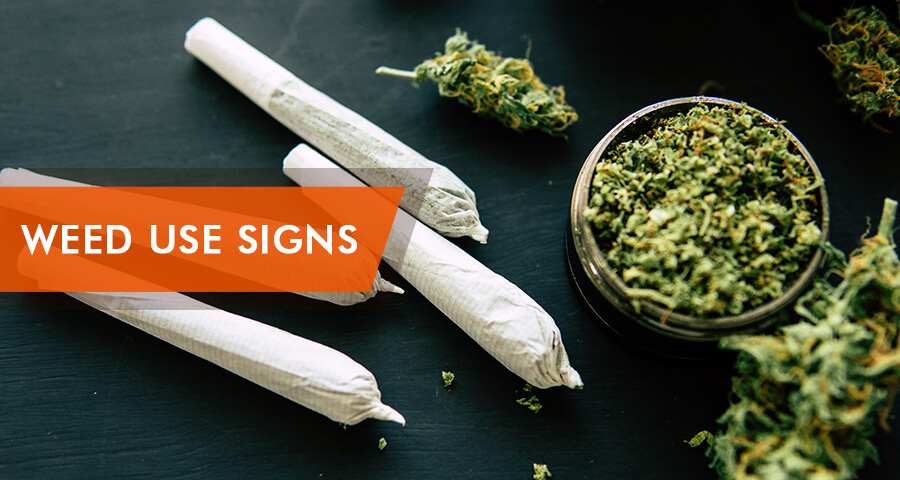 Signs that a person is abusing marijuana can be difficult to detect at the beginning, but as days go by, physical and behavioral changes start cropping out. How long does weed high last? This differs from one person to another, but it is mainly determined by the quantity of THC present in the consumed cannabis. To know what is marijuana abuse and how to tell someone is affected, read along.

Physical Signs of Marijuana Use

Sobriety is the norm whether at home or work. Individuals who are high on cannabis can be a risk to those around them and, therefore, it is important to identify them so that they can get help positively. The following are some of the physical marijuana symptoms abusers display.

Behavioral Signs of Cannabis Use

Apart from the physical signs above, there are behavioral marijuana signs as well noticeable among users. However, due to the hideous nature of abusers, some of the signs require attentive observation.

Physical and behavioral signs such as marijuana dilated pupils may be an indication of a higher level of addiction. However, for people who do not occasionally use cannabis, they could be hiding some serious problems related to the drug that requires help. Noticing these signs early could help them from tipping over into total addiction.

Questions like does marijuana smell like skunk? Show that more still needs to be done to educate people on the importance of knowing the physical and behavioral signs of pot use and abuse.
As a parent, guardian, friend, or just an interested party, knowing the signs of cannabis use could save a life. With most people have mastered the art on how to hide marijuana smell, it may take more than a physical trait to tell the existence of an abuse problem.
Neglecting symptoms as simple as a marijuana cough because people don’t understand its linkage to cannabis use is dangerous. The interaction between marijuana and the immune system can be disastrous. It may even cost a loved one’s career, education, family, and ultimately their life. Knowing the signs early can help an individual actively intervene and be of assistance to a needy case by referring them to a free addiction treatment center.

How to Help Marijuana Drug Abusers

Whether the affected is part of family or friends’ network, timely help is crucial. Cases of teens and marijuana abuse have become a concern to all parents and guardians. This calls for active intervention. There are several steps to take to bring the situation under control.

Is there a relative or friend hooked up on weed? There is help available 24/7 in drug addiction help centers for support in managing the addiction. Get in touch with a knowledgeable representative on 888-459-5511 for more information on rehab centers and treatment. The before and after cannabis treatment experience is worth the sacrifice.