There are no safe ways to take kratom, as well as the dosage, as the drug has no approved medical uses in the US. Still, the plant is not banned, and many people take it. That is why it is important to minimize the possible hazards. In this article, one can find information about different ways to take kratom and how each affects one’s health.

Learn About Kratom Dosage And Ways Of Intake:

How To Take Kratom: Reported Cases

Users report different ways how to consume kratom. Still, there are no definite kratom health benefits. Mitragyna speciosa products can be taken in the form of:

The legality of kratom still raises a lot of questions, despite consumers can find this drug in different forms and applications. Also, there are lots of risks if one decides to buy kratom online.

It is important to remember that Mitragyna speciosa is not approved by the FDA, and there are no official dosages and recommendations on how often one should take kratom. There are no special rules on how to take kratom, so here are the most commonly reported ways of consuming the supplement.

Kratom toss and wash method is one of the most typical ways of intake because it is fast and simple. It means that a person puts some powder into a mouth and swallows it with a liquid. Despite being the easiest way to take kratom, it entails a number of side effects, including allergy, because of smell or taste amplification. The effect occurs soon after, but it can result in developing kratom tolerance and pose a range of risks for one’s health.

There is no safe way of how to take kratom powder. It is reported that the plant’s powder is taken alone, just swallowed, brewed in tea, added to a dish or salad dressing, or mixed in a juice or smoothie, etc. Kratom powder is adjustable for diverse receipts, and it is the cheapest product made of the plant. 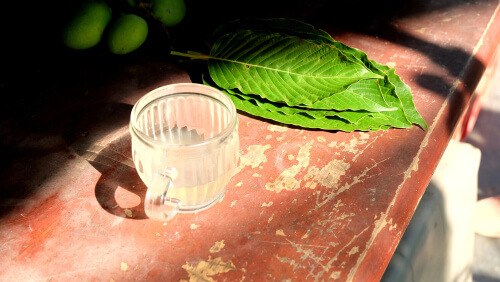 Usually, kratom tea is made by brewing powder or leaves in the boiled water. The analgesic effect of the herb could be slightly minimized, but the method brings the strongest sensations. So, it should be taken with extra caution.

Kratom capsules are another way of consumption. There are different sizes of pills, and the dosage varies as well. Tablets are often taken to avoid the bitter taste of the herb. However, there are no strict rules on how to take kratom capsules. Typically, each capsule is 0.5 grams, and because of the delayed effect, people may tend to take higher doses that can lead to unexpected side effects and overdose.

Kratom extract is another form of intake via dissolving it in different types of liquid. The extract is a potent concentrate of pulled out alkaloids. The effect is strong even on small amounts, and consumption can result in severe side effects. There are no safe ways of how to take kratom extract. Even the vendors’ instruction on the label can be misleading. 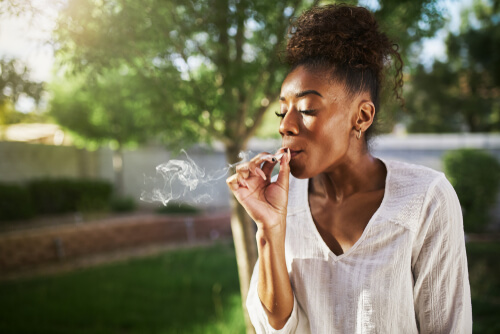 Can One Smoke Kratom?

Yes, it is possible to smoke the plant in the form of dried leaves, just like nicotine. But it is quite hard to obtain the expected effect because it would be needed to burn a large amount of the plant. This method may cause irritation and is harmful to the lungs. Also, mixing kratom and marijuana or other substances can amplify the adverse reactions.

Can One Vape Kratom?

Vaporizing Mitragyna speciosa is performed via a herbal vaporizer using dried leaf, powder, or extract at the temperature of 175°C – 200°C (347°F to 392°F). During this method, one inhales the steam generated by a vape. It depends on a person how often one should take kratom. The effect of vaporizing the herb differs from other ways of intake. The alteration feels mostly in the head, not in the body. Vaping heat partially destroys the alkaloids, which cause weaker effects. Still, vaping the herb may cause different health issues, although users report this method as one of the easiest ways to take kratom.

Burning Mitragyna speciosa basically means to make incense and burn the plant. During the process, the herb’s fragrance releases and fills the room with a specific aroma. It can provide a stimulating and relaxing effect, depending on the strains and amount. This approach is typically used by those who are trying to defeat herb’s addiction or struggle with withdrawal. Still, there is a high risk of respiratory issues and lung inflammation because of toxic gases released into the air during burning incense.

Using Mitragyna speciosa sublingually is one of the most powerful routes of administration but not one of the common ways to take kratom. The effect is much stronger than taking it orally by swallowing and needs less amount of the tincture. Users report trying a plain leaf before starting using extracts. Herbal tinctures are highly concentrated, so even the small dose can harm. That’s why an extra caution should be experienced with measurement in order to prevent strong sedative or adverse effects. 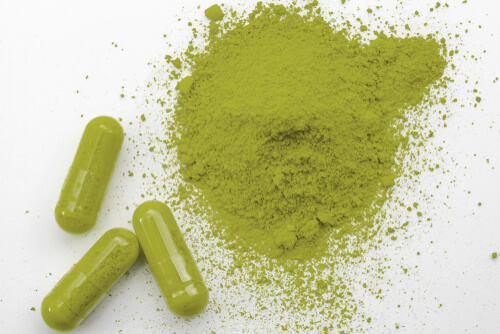 These are ways of doing drugs applied by addicts and abusers not even for recreational purposes but to get high. Anyway, both intents are illegal and may entail legal responsibility. These methods are dangerous in any dose and signal about abuse.

Can One Snort Kratom?

Snorting Mitragyna speciosa products produces a quick high because the substance almost immediately absorbs into a bloodstream. It is one of the most unsafe ways to take kratom. Snorting produces intoxication, so risks and damages of this process exceed any expected benefits. Those who take the plant in this way often had experience with other opioids in the past or are currently abusing drugs.

In addition, there is a large percentage of cellulose and plant fiber in the substance, so a person needs to take a bigger dosage in order to feel the result. This process hurts the nasal membrane and causes acute pain in the nose. Excessive dosages lead to severe side effects and increase the possibility of overdose.

Many abusers take the herb via parachuting to avoid the unpleasant taste of the drug, using paper that easily dissolves in the stomach. This approach needs minimal efforts; however, there is a high chance to eventually obtain tolerance and become addicted. If one takes Mitragyna speciosa in this way, there is a high possibility that a person has experience with other drugs.

It is an extremely dangerous way to take the drug. Infusing the drug intravenously may lead to heavy adverse consequences. According to the report, a man who injected Mitragyna speciosa got to the emergency department with acute thrombophlebitis at an injection site. It is reported that a man has applied 1 ml of extract six times per day.

If someone notices that a close one or a friend take kratom via snorting, plugging, parachuting, injecting, or other ways of abuse, it is important to make an intervention. Referring to the specialized rehab center is the best way to help a person with substance use disorder to overdose addiction and ensure effective recovery.

There are different types of strains, and the dosage depends on them. Relying upon the potency of strains, kratom dose, and ways of intake, one can feel the effects from 3 to 6 hours, but the drug stays in the system for longer. The half-life of kratom depends on many factors, including dose, router of administration, etc. However, there is no safe dose because using this plant in any form is not approved.

Having mitragynine in composition, Mitragyna speciosa is taken for pain relief, as it causes a sedative effect. There is no accurate kratom dosing for dealing with pain; the users establish it by themselves or using web resources. As such, the anecdotal guides on the Internet often provide the dosing information form beginners, experienced, and pros. Following these guides often leads to different side effects and even overdose that can develop into life-threatening conditions. 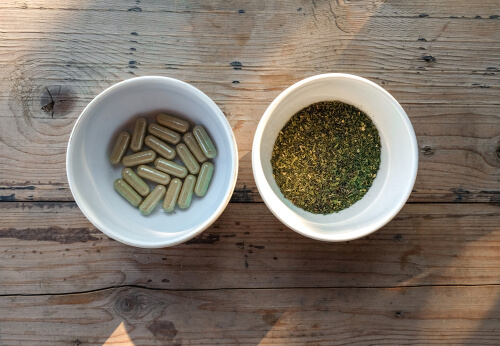 People take Mitragyna speciosa for opiate withdrawal because it can provide a feeling of euphoria. It also may ease many symptoms like mood swings, headaches, physical pain, etc. that often accompany opioid withdrawal. There is no defined kratom dosage to overcome withdrawal symptoms, and more research needs to be done, but taking too much kratom may lead to severe consequences. Some users describe kratom constipation and nausea after the intake.

Redosing is a dangerous, repeated action of taking a drug. Usually, it happens one to three hours after the initial dose. It extends the duration window and prolongs the effect that can be harmful to one’s health. To avoid harmful symptoms and further addiction, it is better to avoid kratom redosing.

There is almost no information about human research of mitragynine and 7-hydroxymitragynine metabolites. On the other hand, there were several studies conducted on animals. Robert B. Raffa’s book gives the results of research on mice and reports that kratom LD50 is 477 mg/kg for mitragynine and 591 mg/kg for alkaloid extract in mice.

Another study shows that for mitragynine in Malaysian Mitragyna speciosa estimated acute toxicity is 200 mg/kg for rats. However, the LD50 level for oral mitragynine in the same animals is 547.7 mg/kg.

There are different types of kratom, and all of them are adjustable for several intakes. Some of them are easy and quick to be performed, while others require more time and skills. None of them is approved by the FDA or has recommendations about product consumption.

In many cases, ways to take kratom are dangerous and may cause huge harm to health. The kratom withdrawal timeline could be prolonged in case of excessive application. Anyone who feels bad or has unusual symptoms needs to seek help at specialized medical institutions like drug rehabs. Supervised drug addiction treatment can save lives and prevent severe consequences.