Kratom Tolerance & Potentiators: What Are The Risks?

Kratom tolerance occurs when the body has adapted to the current dosage of the drug and no longer offers the expected results, requiring an increase in dosage. That is why many users choose to potentiate kratom. Read further to learn why kratom potentiation is dangerous and what risks it poses.

Learn About Kratom Tolerance And Potentiation:

Kratom tolerance often appears over a long period of use. Many people use Mitragyna speciosa because it rarely results in kratom false-positive compared to other drugs that offer.

Tolerance settles in when the current dose starts to slowly lose its potency until it no longer offers the expected effects. Tolerance takes place when the affinity with the drug attaches to the receptors starts to decrease, but it could also happen when the liver enzymes metabolize the drug faster.

The developed kratom tolerance forces an individual to increase the dosage to achieve the same results as before, risking an overdose, serious health issues, and addiction. To avoid this, many people try to lower drug tolerance by potentiating kratom.

When users have built a tolerance to Mitragyna speciosa, many of them choose kratom potentiation with various supplements, herbs, minerals, fruits, or substances. These supposedly work in synergy with Mitragyna speciosa to lengthen or increase its effects.

People choose to potentiate kratom to prevent tolerance to the drug, to make the experience with the drug last longer, or to make the drug more effective and kratom trips more intense. Depending on the strain, potentiation may lead to severe health risks. The stronger the drug, the higher the potentiation effects. So, potentiation of the most sedating kratom may result in life-threatening conditions.

Before going into details related to various kratom potentiators, it should be noted that potentiating the effects of Mitragyna speciosa can lead to overdose, abuse, addictions, and life-threatening side effects. There are no approved guidelines on potentiation; so, it’s better to abstain from it.

Turmeric and kratom are one of the most common potentiation combinations. Turmeric can make Mitragyna speciosa’s effects last longer and increase their activity. At the same time, there is a number of risks associated with turmeric: 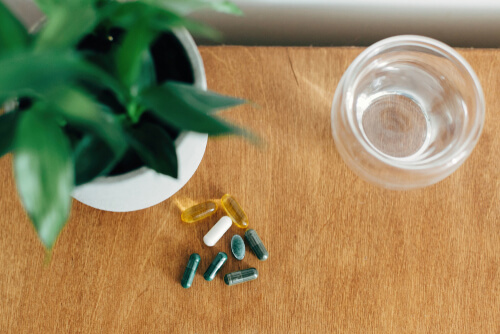 Magnesium is another substance used for Mitragyna speciosa potentiation. In fact, it is a mineral supplement that has positive effects on the human body on its own. While the mineral acts as an antagonist of the receptors responsible for leading to drug tolerance, its use to potentiate kratom is not safe.

Magnesium and kratom potentiation combination include numerous health hazards. In some individuals, magnesium might cause side effects such as nausea, vomiting, stomach upset, and diarrhea, among others. Large doses might lead to magnesium building up in the body, possibly leading to low blood pressure, irregular heartbeat, slowed breathing, confusion, coma, and even death.

The combination of agmatine sulfate and kratom offers a potentiation of Mitragyna speciosa’s energetic, stimulating, and uplifting effects. It is reported that amino acid also reduces tolerance for some drugs that affect opioid receptors.

There is not enough evidence that potentiation with agmatine is completely safe. In some people, agmatine can cause nausea, stomach upset, and diarrhea. Also, there is no safe dose of agmatine to potentiate Mitragyna speciosa, so people might be tempted to take too much and, therefore, cause drug overdose. 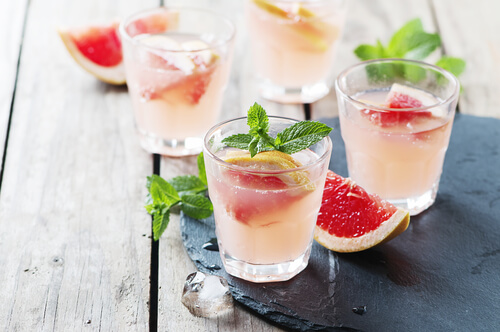 No matter if consumed as a glass of juice or eaten as a fruit, grapefruit stops the body enzymes from breaking down the drug, making it stay longer in the system. Grapefruit juice and kratom is a commonly used potentiation combination among intentional as well as unintentional abusers.

Using grapefruit juice for potentiation can lead to unexpected adverse consequences. Some compounds in this fruit alter opioid metabolism. Therefore, doses that would be safe to the user under normal circumstances suddenly can lead to an overdose. Drinking grapefruit juice before taking Mitragyna speciosa products to reach potentiation effects is a form of substance abuse. Abusers often refer to kratom street names. 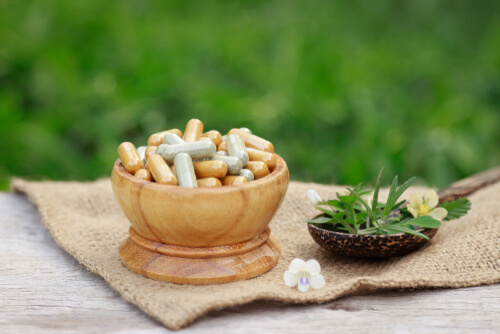 By combining ginger and kratom, the energizing and analgesic effects of Mitragyna speciosa will be enhanced. This can be explained by the fact that ginger is also a natural stimulant and pain reliever. Not many know that potentiation with ginger boosts not only the pleasurable effects but also intensifies the harmful ones such as tremors, agitation, and anxiety. Consuming ginger before taking the drug can lead to overdose or result in drug abuse.

Each individual reacts differently to potentiation of Mitragyna speciosa, and they might experience unwanted and unexpected kratom health risks. The individual response depends on the timing of consumption, dosage, and biological risk factors. For example, individuals who are sensitive to increased heart rate or sedation might find that combining Mitragyna speciosa with other substances will offer an effect that is too strong for them.

Potentiation Comes With Its Risks

There is no safe dose for Mitragyna speciosa potentiation, as each can reveal dangerous. Because Mitragyna speciosa is not regulated by the FDA, there is limited scientific research on the results of combining the plant with other substances. That is why the risks are always present. Even the small dose can lead to a kratom overdose death. The negative effects of potentiation enhance when one practices drinking on kratom.

Individuals who have developed an addiction to the plant should address a specialized addiction treatment center. There, they will receive a needed treatment for addiction to get through the painful withdrawal symptoms safely and ensure long-standing recovery.