Kratom experiences are unusual when compared to other drugs of abuse, as it does not deliver one specific type of high. Rather, kratom high effects change based on the strain taken and the dose. The high from kratom recreational use ranges from calming opioid-like highs to manic experiences similar to those caused by stimulant drugs. Users should understand that despite the euphoria, abusing Mitragyna speciosa products is never safe.

Does Kratom Get One High?

Kratom (also known as ketum) is a substance derived from a tree in the coffee family. On the surface, it doesn’t sound like it would be something that produces a high. It would be reasonable to assume that, at most, it has an energizing effect similar to caffeine.

However, that is far from the truth. Kratom addiction is fueled by the fact that it does, in fact, produce a high – one that can be quite powerful. It is considered to have psychotropic, or mind-altering, effects.

For those who enjoy the kratom high, there is often a debate over what types to take and how much. The most euphoric kratom strains are highly sought after, but they are not necessarily the most popular. Additionally, the kratom euphoria experience can be altered depending on the dose taken. A low dose tends to act as a stimulant, while higher doses act as depressants.

The type of high experienced can also vary depending on how Mitragyna speciosa is taken. Kratom tea effects come on differently than those from pills. However, users should know before they purchase kratom that no form of the drug is considered safe as there is no oversight, and it does not have FDA approval.

For those not living in states where kratom is illegal, the drug is easily accessible. However, it is not as well known as other drugs of abuse, which inspires curiosity. The biggest question, of course, is what a Mitragyna speciosa high feels like.

Because kratom high effects are not consistent, there isn’t one answer. Additionally, the drug has not been well studied, so there isn’t as much data on it as with other drugs. However, many users have reported their experiences online, which reporters have collected to come to certain conclusions. 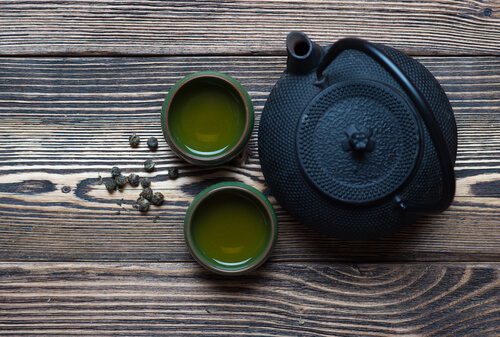 Of course, the sensations that come with getting high on kratom are not all positive. Nausea and stomachaches are almost as common as feelings of relaxation. Chills, dizziness, vomiting, hangover, and itching are also associated with use. Negative effects increase when the plant is consumed in combination with other drugs, such as kratom and Adderall.

Of course, it is important to note that not everyone who takes it does so to get high. For example, some are using kratom for opiate withdrawal. However, anyone considering using the drug should keep in mind that getting high is not all there is to use; there are also kratom long-term effects to consider.

How Much Kratom To Get High

The kratom classification is stimulant, but it doesn’t behave the way most stimulants do. When a user is looking to get high on kratom, this must be kept in mind. It is a spectrum drug, meaning that the high it produces will change depending on how much is taken and which strain is used. 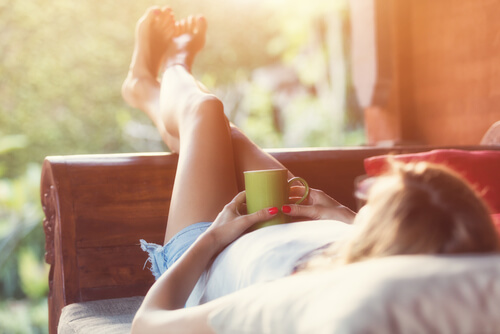 Given that there is no Mitragyna speciosa regulation, products may claim to contain more grams of raw leaves than they actually do. However, the inverse is also true. This makes it very easy to have a bad experience with the plant, as the higher the dose, the stronger the negative side effects will be.

Another thing users must keep in mind is that things like kratom potentiators can change how much is needed to get high. Other substances can also alter the way it feels, such as using kratom with alcohol. The important thing to keep in mind is that Mitragyna speciosa on its own is not considered safe to use, and when mixed with other substances, it becomes significantly more dangerous.

How Long Does Kratom Take To Kick In?

A common concern for people looking to take Mitragyna speciosa is how fast it kicks in. This again depends on how the drug is taken and what strain is used. For example, tea will be processed faster by the body than pills. However, on average, the effects of the drug kick in somewhere between five and 15 minutes after ingestion, making kratom euphoria faster than with many other drugs.

It is dangerous to get high on Mitragyna speciosa products, as the effects of this plant on the human body are not well-studied. If an individual starts to experience high, it is better to call for medical help.

Strain and how large of a dose is taken will determine how long the kratom high lasts. On the short end, it could last just two hours, but sometimes, it can continue for up to five hours. It is important to note that the length of the high does not determine how long the drug stays in the system, nor does it have any impact on the kratom withdrawal duration. To prevent any legal issues, as well as health risks, it is better to abstain from Mitragyna speciosa products use.

Recognizing Kratom Abuse and Getting Help

If someone is frequently using any of Mitragyna speciosa products, feels physically dependent upon them, or fears a life without them, help is needed. Drug rehab centers know how to help those using Mitragyna speciosa to get high with ending their dependence on the drug. Treatment of addiction in rehab may seem daunting, but it is the foundation for building a better life.