Kratom (Mitragyna speciosa) is a drug of abuse that is legal to use in most states. However, many users do not understand kratom’s drug classification. Here is what users considering taking the drug should know about the kratom class and schedule.

Is Kratom A Scheduled Substance?

When talking about drugs like Mitragyna speciosa, they are often taken as illicit drugs. However, in this case, it is more complex. One of the first questions a user should ask about the substance is whether or not Mitragyna speciosa is a controlled substance, and what kratom schedule is. On the surface, this is a simple question, but when it comes to such a plant as Mitragyna speciosa, it is difficult to answer.

One of the things that complicate this is that what people mean by the term “controlled substance” varies. There are generally three ways people use the term:

With the first definition, Mitragyna speciosa does not qualify. With the second, it doesn’t qualify as of yet, being out of schedule lists. However, there has been a push for the DEA kratom classification to change. The United States Department of Health & Human Services requested in 2018 that it be moved to Schedule One—the most restrictive labeling on the DEA schedule. However, this has yet to happen.

The active ingredient in kratom is ultimately a powerful one that can be abused. Just because it is not on the DEA schedule does not mean it is safe to take or to mix with other drugs. Anyone considering taking Mitragyna speciosa should exercise extreme caution.

Is Kratom A Nootropic?

Nootropics (also called smart drugs and cognitive enhancers) were originally chemicals that fell into a specific drug class and met strict criteria. Within the medical community, that remains true. However, colloquially, it is now used to refer to any drugs, supplements, and other substances—both natural and synthetic—that can have a perceived positive impact on mental skills.

When using the medical definition of nootropics, it is not the right kratom classification. However, when approaching it from the colloquial definition, Mitragyna speciosa does qualify as a cognitive enhancer. This is generally only on specific doses when its stimulant effects are most pronounced. However, given its risks and the short kratom half-life, alternatives are better choices for those seeking to improve cognitive function. 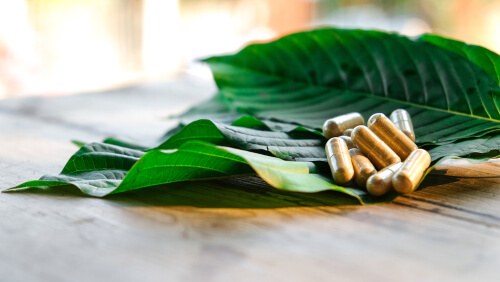 Is Kratom A Narcotic?

Narcotics are yet another drug term that is flexible in its meaning. Some use it to refer to any drug class of abuse, while others take it to mean opiates. If considering narcotics to be any substance that can be abused, Mitragyna speciosa would qualify.

However, using the term specifically for opiates classification is more accurate. Opiates are any substance made from opium, synthetic opium, or opium itself. These substances are defined by their ability to occupy the opioid rectors in the brain.

Kratom does not occupy these receptors, so it is not accurate to consider the narcotic the kratom drug class based on the opioid-centric definition. However, that doesn’t mean it cannot have opioid-like effects. Mitragynine is the major alkaloid in Mitragyna speciosa, and it is known to act as a partial opioid agonist, resulting in sensations similar to those produced by morphine. Different kratom veins will produce different sensations. As such, the kratom euphoria is not consistent.

Is Kratom A Blood Thinner?

Mitragyna speciosa has no FDA-approved uses. However, one of the ways some medical professionals utilize it is as a blood thinner. Specifically, to treat high blood pressure. While this is a side effect of the drug, the correct kratom classification is not blood thinner. 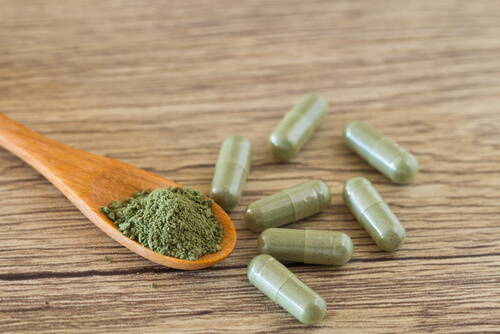 Is Kratom A Diuretic?

Another potential use of Mitragyna speciosa is as a diuretic remedy. However, there are no studies confirming it actually functions as one. The use of it for removing water is based on the fact that users often need to urinate after taking the drug. However, it is almost always consumed as a tea. It is unclear if the need to urinate is due to diuretic effects or just the ingestion of liquids. As a result, kratom classification does not fall under a diuretic.

Is Kratom A Stimulant?

The correct kratom classification is stimulant. The drug is derived from plants within the coffee tree family, so it being a stimulant is unsurprising. However, it does not act in the same way as most other drugs in its class. This is because Mitragyna speciosa is classified as a spectrum drug.

Spectrum drugs are those that belong to a certain class of drugs but can create effects typically found in another class. In the case of Mitragyna speciosa, when taken at a low dose, it produces stimulant effects. However, at high doses, this switches to depressant effects.

As a result, the symptoms of kratom withdrawal can vary depending on the strain taken and how much the individual uses. Any substances taken for kratom potentiation can also impact withdrawal.

If someone is abusing kratom or feels like they cannot stop taking the plant, it is the time to seek help. Drug rehabilitation centers know how to help users safely stop taking the plant and can develop the skills needed to live a healthy life. Substance abuse treatment is the foundation for sober living.