Buspirone Interactions: Is It Safe To Combine It With Other Drugs And Substances?

As an anxiolytic medication, it is common to find Buspirone drug combined with other drugs to treat anxiety disorders. As of 2021, there are around 1,312 approved drug interactions for this drug. Because of this large number, it is important to understand that Buspar pills mixed with other drugs and substances can lead to major Buspirone interactions. As with any drug, certain Buspirone interactions can either be mild or fatal. Additionally, there are also food-drug interactions for this drug. Some of these foods include weed-infused foods, alcohol, and grapefruit.

In this article, information about the effects of mixing Buspirone with other medications, substances, and food, and how to avoid dangerous Buspirone interactions will be provided.

Buspirone Interactions With Substances And Food

According to a study of medical doctors from the United States, the drug Buspirone can be taken on an empty stomach or with food. However, when taking it with the latter, it is necessary to learn the foods and substances that cannot be consumed with this medication. In this section, information about the effects of this drug mixed with alcohol, weed, and grapefruit will be discussed.

The drug Buspar is used to treat anxiety of alcoholic patients. This means that some alcoholic patients may still consume alcohol despite the use of Buspar. Moreover, even though the combination of Buspar and alcohol is not fatal, it does exacerbate the effects of alcohol. Consuming Buspirone and alcohol can increase its sedative effects, causing increased CNS depression, dizziness, and lightheadedness. Because of this, it is better to avoid consuming Buspirone and alcohol together. So, how long does it last when consumed with alcohol? According to a study published in the American Journal of Medicine, effects stay for a couple of hours when it is paired with alcohol. Lastly, understand that the absence of major alcohol and Buspirone interactions does not mean the safety of combined use. Before using Buspar and alcohol together, seek professional advice from a medical doctor.

According to a medical study, a Buspar tablet is an effective drug for treating weed / cannabis / marijuana dependence. In this study, it was reported that this anxiolytic improved the substance use outcome of individuals who want to wean off the illicit drug. However, take note that taking Buspar and weed together can still have undesirable effects such as impaired judgment, difficulty concentrating, and drowsiness. This happens because the metabolism of the drug decreases when it is taken with weed. As most users know, marijuana shows up on urinary drug tests. So, does taking Buspar and weed show up on a drug test? Yes, this combination can lead to false-positive results on a urinary drug test. 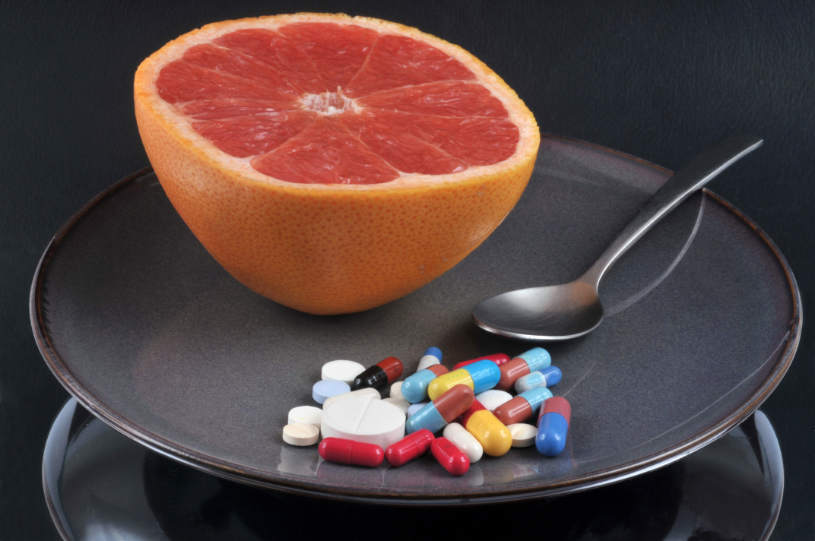 Buspar and grapefruit interaction raises the drug’s concentration in the body which can intensify its side effects. According to a study of medical doctors from London, though rare, typical side effects of combining Buspar and grapefruit include dizziness, drowsiness, and blurred vision. To avoid this interaction, one must limit the consumption of grapefruit or grapefruit juice while taking the drug. Even regular foods can cause interactions with subsequent unpleasant effects. Consult with the doctor on dietary habits upon the prescription of the medication, or search for alternatives to the drug, such as for example Buspar vs Xanax.

Buspirone Interactions With Other Drugs

Buspirone is a well-tolerated medication that produces lesser side effects and mild drug interactions compared to other anxiolytics. However, Buspirone interactions may alter the cognitive functions of patients. When mixing this drug with prescription drugs like antidepressants, anxiolytics, and stimulants, a patient may experience some discomforting effects.

In Wellbutrin and Buspar interaction, the former is an antidepressant while the latter is an anxiolytic. Taking these two together is generally safe, and there are no known interactions with Wellbutrin. Some doctors may give a  prescription for the Buspirone-Wellbutrin combination. Of course, one should always follow the correct directions from a doctor for such a combination. A poorly calculated dose combination of Wellbutrin and Buspar can cause paranoia and hallucinations as Wellbutrin can decrease the metabolism of Buspar. It is also important to note that neither drug should be used in combination with MAO inhibitors as the severity of the side effects of these drugs may be increased, such as for example Buspirone weight gain.

In Buspar and Xanax interaction, both belong to the drug class anxiolytics and they work by decreasing the abnormal excitement in the brain. In one clinical trial, it was reported that taking Buspar and Xanax together does not affect their drug clearance from the body. This means that the time it takes for these medications to get out of the system will occur normally. However, even though this clearance is not affected by each other, take note that taking these two together can increase the severity of their side effects such as increased dizziness, drowsiness, confusion, and difficulty of concentrating.

Buspar is an anxiolytic while Zoloft falls under the drug class SSRIs (Selective Serotonin Reuptake Inhibitors) antidepressant. The combination of Buspar and Zoloft leads to one of the more serious interactions. Taken together, the combination of Buspar and Zoloft can lead to serotonin syndrome, a condition that is manifested with symptoms like hallucinations, major changes in blood pressure, seizures, and muscle spasms. This is one of the Buspirone interactions that could even result in a coma or death. Always consult with the doctor before taking a combination of drugs to get more information about the safety of combination drugs. By doing so, one can prevent the presence of adverse reactions and minimize health risks.

Apart from drug interactions, one must also be wary of certain foods. There is a common food-drug interaction regarding a Buspar tablet and this is the grapefruit.

Buspirone hydrochloride is an anti-anxiety drug that works by influencing serotonin levels in the brain. On the other hand, Lexapro is an SSRI drug, which means a Lexapro and Buspar interaction elevates the risk of serotonin syndrome. Other dangerous health effects of combining Lexapro and Buspar include seizure, excessive sweating, fever, shaking, and blurred vision. Because of this, it is important to remember that it happens on a rare occasion and requires immediate medical attention. Is Lexapro safe for women and can you take Buspar while pregnant? The answer would be yes, but these drugs may have some risks.

Adderall is a stimulant medication that is used to treat ADHD while Buspar is an anxiolytic. Although these two can be taken together as a Buspar tablet also seems to improve ADHD symptoms, this interaction can elevate the risk of serotonin syndrome as they both affect serotonin levels. Serotonin syndrome can lead to dangerous health events such as coma or death if left unattended. 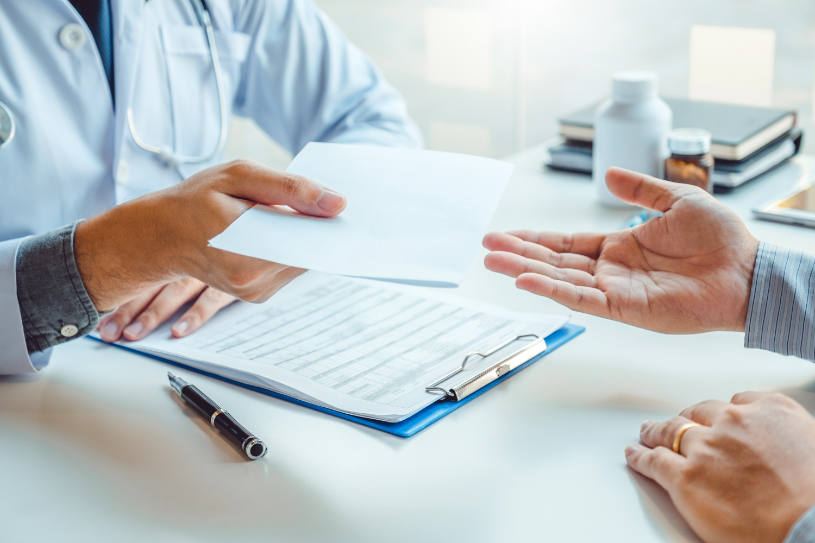 In the Buspirone and Caffeine interaction, the former is an anxiolytic while the latter is considered a stimulant substance. With regards to their uses, the former is used to relieve short-term symptoms of anxiety while Caffeine is used to improve mental alertness and treat migraine headaches. Although Buspirone and Caffeine come from different drug classes, it is still possible for patients taking these two substances together to experience interactions. According to a study, concomitant use of these medications causes cardiovascular health dangers and may exacerbate the side effects like blurred vision, dizziness, drowsiness, excitability, headache, lightheadedness, and nausea.

Buspirone is an anxiolytic while Melatonin is an organic compound. With regards to Buspirone and Melatonin uses, the former is used to treat mild symptoms of anxiety while the latter is used to treat insomnia, preoperative anxiety, shift-work disorder, circadian rhythm disorders, and nicotine withdrawal. Melatonin can increase the effects of the drug against anxiety. In a clinical review, it was reported that the combination of Buspirone and Melatonin can cause neurogenesis, can promote antidepressant effects, and can treat cognitive impairment.

In Buspar and Prozac interaction, the medication Prozac belongs to the drug class SSRIs and its main use is for the treatment of major depressive disorder. On the other hand, Buspirone is an anxiolytic that generally treats mild and short-term anxiety symptoms. Although rare, when Buspar and Prozac are taken together, the serum concentration of the former can be increased, causing confusion, hallucination, extreme blood pressure changes, increased heart rate, tremors, and fever.

Always Consult With Your Doctor To Avoid Dangerous Interactions

With Buspar, it is imperative to disclose all medications and health issues to a doctor. While the drug itself is slow acting and relatively safe, its concentration can be increased significantly with certain drug interactions. Thus, Buspar effects sex drive and may have some discomforting withdrawal symptoms when discontinued. The problem with most of these drug interactions is that if the correct dose is not taken, it can lead to fatal overdoses. So, can one overdose on Buspirone? Yes, it is possible to overdose on medicine alone. Abuse of this drug requires thorough substance abuse and addiction treatment. One can receive such services in a specialized rehabilitation facility for substance abusers. The role of the treatment course is to withdraw using dose reduction, detoxify, and recover from the addiction. This will help the victim of dependence to return to a previously healthy and meaningful life.