Zoloft is a highly effective SSRI antidepressant that also carries a significant risk of OD. This risk is further increased for people who use sertraline without proper medical guidance. According to the information published in Harvard Health Publishing, the amount of U.S. citizens taking antidepressants is close to 10%, with Sertraline being in the leading positions among prescribed antidepressants. It’s prudent to know how to spot signs of Zoloft overdose in oneself or loved ones to prevent any complications. Read along to determine how sertraline overdose occurs, the associated signs and symptoms, and the corresponding treatment options available.

Who is at Greater Risk of Overdose On Zoloft?

Different disorders associated with depression are treated with Zoloft, but there are a few common factors that can lead to OD on this antidepressant.

They include the following:

Some of these above-mentioned factors that can increase the complications and risks are further discussed below.

In most cases where an overdose on Zoloft occurs, the drug is taken in combination with drugs or alcohol.

The clinical study provided by Dr. Lau and Dr. Zane Horowitz found out that OD is frequently caused when Sertraline is used with alcohol. Based on the number of cases being studied and their corresponding symptoms, it was concluded that an OD occurred because of taking this medication with some other drugs and/or alcohol. Findings from the study in various control centers across the U.S. showed the mean age of patients who had overdosed on sertraline was 35.3 years.

Zoloft overdose, in most cases, is non-fatal, and this was observed in the study as well. Some of the patients had OD on the medicine alone, whereas others had combined it with other medication or alcohol. The amount of this medicine ingested in the patients ranged from 50 mg to 8000 mg.

SSRI antidepressants used with other drugs increase the risk of adverse reactions to appear and serotonin syndrome development. These adverse reactions can become quite complicated and even life-threatening, depending on the individual’s pre-existing conditions including sertraline and weed use.

How Many MG Does It Take to OD?

Based on the research about SSRI medication, death from Zoloft overdose has been known to occur from ingesting as low as 750 mg (fifteen 50mg pills). The risk of toxicity and death increases manifold when a high dose of this medicine is combined with other medications and alcohol. Whether OD occurred because of higher ingestion of pills or through its interactions with drugs or alcohol, it should be managed at a health facility by professional care providers. 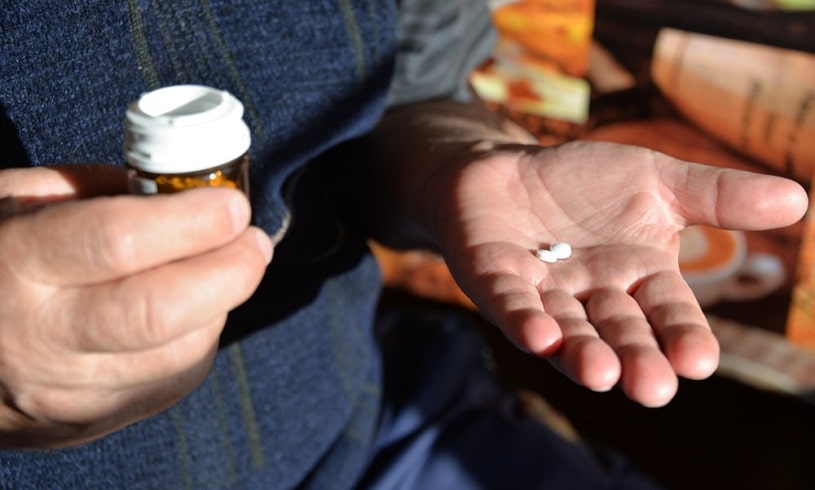 A study about a massive OD on Zoloft drug showed that serotonin syndrome was caused by the ingestion of a high dose of the drug alone. Patients showed symptoms like confusion, agitation, myoclonus, hyperreflexia, fever, and creatine kinase elevation.

According to the FDA, the most common Zoloft overdose symptoms include: 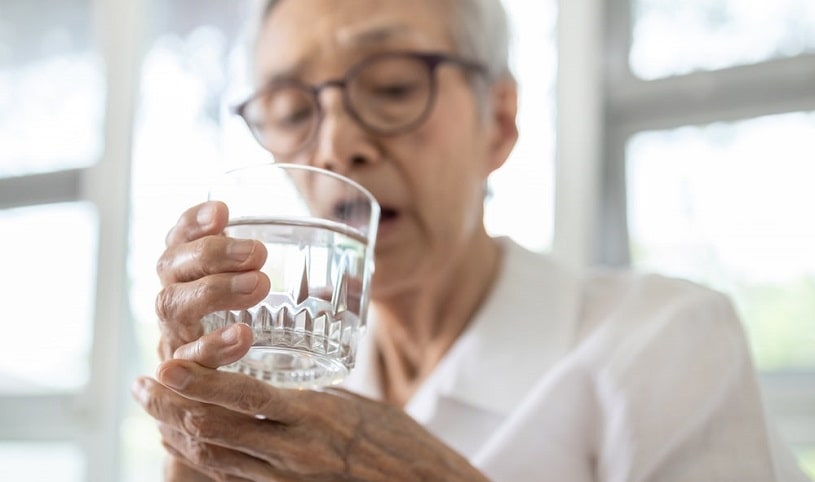 There can be some severe Zoloft overdose symptoms as well, including:

Some of these above-mentioned symptoms are further described below.

Somnolence or excessive sleepiness is one of the most common sertraline overdose symptoms. This behavioral effect is particularly prevalent when the OD occurs in the backdrop of concurrent benzodiazepine ingestion.

Tachycardia or A Fast Heartbeat

Tachycardia occurs as a manifestation of the autonomic instability that occurs due to high amounts of sertraline and its metabolites in blood. These increased levels lead to an elevation of serotonin in the brain, thereby affecting the autonomic nervous system. 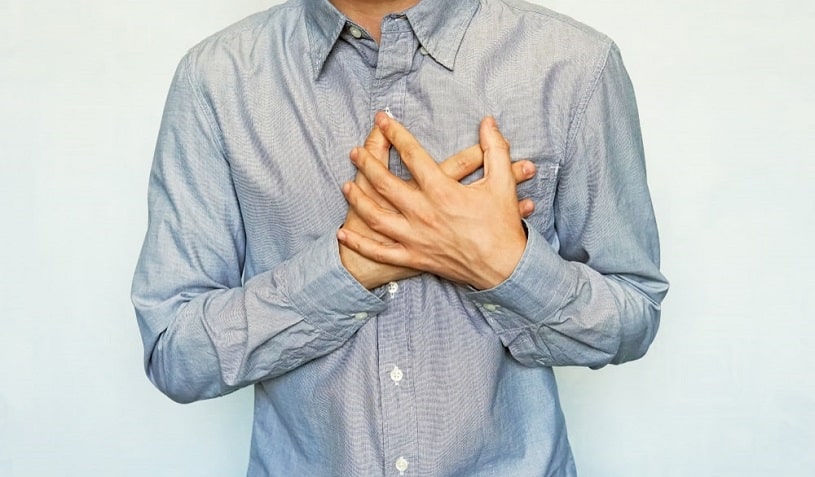 Dizziness is yet another manifestation of the autonomic disturbances that are associated with an overdose on Zoloft. It may be accompanied by excessive sweating and flushing.

Agitation occurs due to overstimulation of the 5HT serotonin receptors in the brain, which causes disturbances in a person’s mental status.

Nausea and vomiting are part of the gastrointestinal disturbances caused by too much sertraline in the body. Clinically, these two symptoms seem to be self-limiting and may occur as the body tries to expel the offending ingested medication.

Treatment Of Overdosing On Zoloft

Whenever overdose symptoms are suspected, it is better to seek medical help to minimize Zoloft adverse effects immediately. Some of the steps that should be taken are discussed below:

The following are first aid and management steps at initial contact with a person who has overdosed on SSRIs: 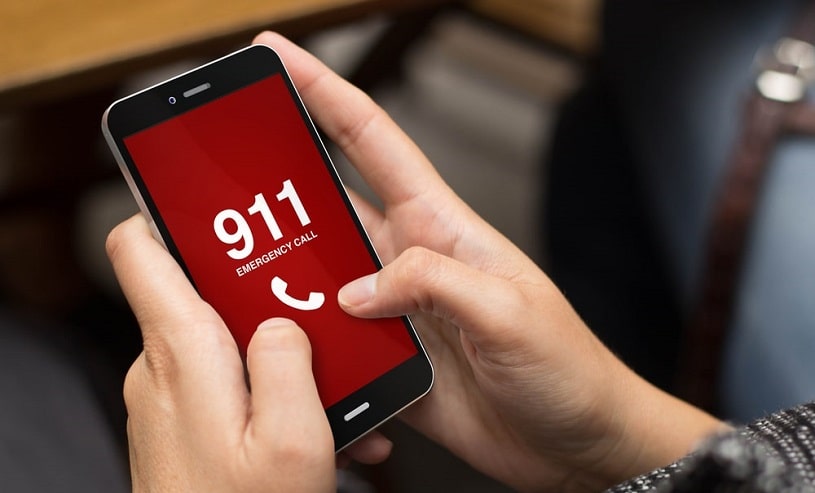 What Information to Give to the Doctor?

The following information should be carefully gathered and given to the doctor to aid in OD treatment:

Treatment in a Medical Center

Zoloft overdose is often treated in the emergency department. In most cases, sertraline levels in the blood are not routinely measured since getting these lab values might be costly and time-consuming. Instead, the physician will try to estimate the ingested amount from the patient’s history or the person accompanying them. An estimate of the ingested medicine amount may also be made by counting the number of pills missing from the patient’s prescription bottle.

Most symptoms of mild to moderate OD resolve on their own as the drug gets metabolized and eliminated from the body. Most patients with mild to moderate overload, therefore, do not require any specific treatment. They are managed through reassurance and careful observation of their vitals by a medical professional.

The average hospital stay period for a person who has overdosed on sertraline is usually not longer than 24 hours.

The definitive treatment for severe SSRI OD involves gastric decontamination with charcoal or lavage. Based on the study about sertraline overdose and the effects of activated charcoal, it was concluded that the use of a single dose of activated charcoal shows positive results. Hospital admission may also be advised if the doctor feels a need to observe the patient further. The patient may also be referred to a psychiatric hospital for further follow-up and treatment.
Significant antidepressant ingestion and OD may also be reported to the relevant poison control centers.

Is There Any Antidote to Overdosing On Zoloft?

A specific antidote for sertraline is yet to be found. In most cases, medical professionals will monitor the heart rate, blood pressure, breathing, and other vital signs of the patient to treat any problem immediately if it arises. Once the drug leaves the body after a day, the patient makes a full recovery. Thankfully overdose on Zoloft isn’t life-threatening in most cases, and most of the deaths associated with its OD are due to co-ingestion with alcohol or other drugs.

It is highly recommended that all suspected cases of Zoloft abuse are reported to the nearest addiction treatment facilities at once. This will ensure that even after the patient has recovered from the OD, he can get further treatment of the disorder, being informed about how to prevent a similar situation from happening again, whether it was because of any accidental increase in dose intake, its interaction with other drugs, large dosage the underlying cause needs to be addressed and treated to prevent similar situations in the future.