Zoloft Weight Gain: How Can Sertraline Affect the Body Weight?

Zoloft is an antidepressant drug prescribed for people clinically diagnosed with depression, anxiety, and other mental health disorders. It can help them better manage their condition since SSRIs (selective serotonin reuptake inhibitors), antidepressants like this drug, work by boosting a patient’s mood while simultaneously relieving depressive symptoms.

However, use of this medication is associated with risks that include drug abuse and addiction, and, among others, Zoloft weight gain or loss. While the changes in mass during treatment may seem like a shallow concern, it can just as easily cause or aggravate a mental condition and its symptoms. Learn the medical reasons why weight changes happen during and after taking sertraline and how this can be prevented.

Zoloft Side Effects on the Body Mass

There is a complex relationship between depression, Zoloft medication, and changes in patients’ weight. With 12.7% of Americans 12 years and over reporting taking antidepressants, it is imperative that increased mass and obesity resulting from taking antidepressants be prevented. Zoloft weight gain and loss can happen during the treatment process on these SSRI medications.

No less than the Centers for Disease Control and Prevention reported that, based on data collated between 2005 and 2010, 43% of adults in the US who were clinically diagnosed with depression were obese. Another key finding was that as much as 55% of adults who took antidepressants were obese.

The possible cyclical association of depression-obesity-and further depression was highlighted by a study that demonstrated how individuals who have been diagnosed with severe obesity were much more likely to be depressed. 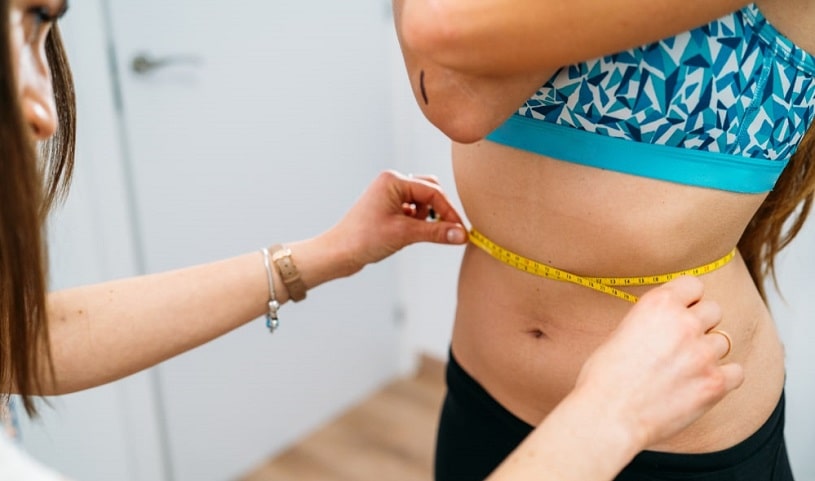 The association of Zoloft and weight gain can breed patient dissatisfaction and increase the likelihood of non-compliance to treatment schedules. These findings stress the importance of weight management, including healthy eating, when taking antidepressant drugs.

Does Zoloft Cause Weight Gain?

Whether or not Zoloft antidepressant leads to sertraline weight gain remains to be highly debatable. Contradicting studies have surfaced. Some experts believe that these drugs lead to an increase in body mass. However, other studies have shown either a null or negative relationship between obesity and the use of a psychotropic drug for the treatment of depression.

The following explanations have been brought up among those who think that sertraline and extra pounds are positively correlated. Some of which derived from specific studies involving sertraline, while others were deduced from associations made between obesity and other antidepressants. 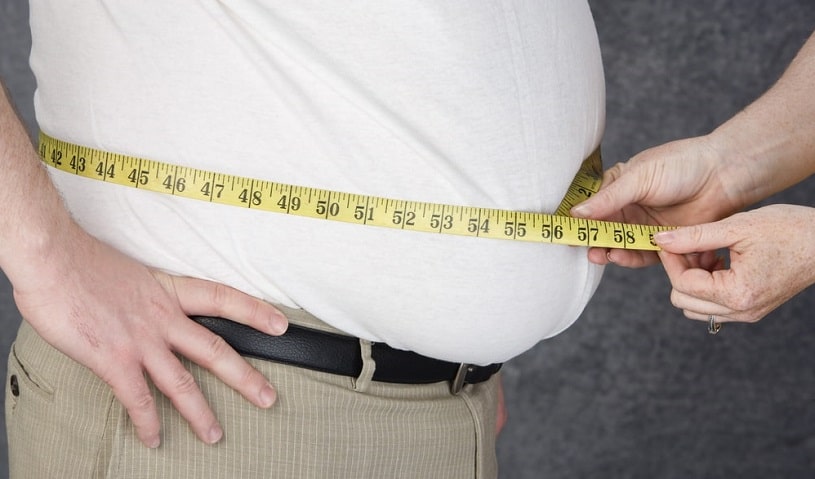 A Few Extra Pounds is a Sign of Recovery from Depression

Experts argue that observed body mass changes in patients taking sertraline for a clinically diagnosed mental disorder could, in fact, be a sign of recovery rather than a pharmacological side effect.

This conclusion was reached following the observation of 100 patients, 72% of whom were observed to have gained some pounds after rebounding from a depressive state.

This was a conclusion that was supported by another group of researchers who found patients recovering from depression soon gained some pounds while momentarily experiencing the loss at the start of treatment with Duloxetine. It belongs to a class of antidepressants known as serotonin-noradrenaline reuptake inhibitors.

In a study by Carvalho, Bahls, and Boeving, the effects of fluoxetine and sertraline on patients divided into two groups were observed. Each patient who has either been diagnosed with hypothyroidism showed normal thyroid function at the start of treatment. Higher body mass, due to the reduction of the hormone, T3 was specifically observed among those starting treatments without any thyroid-related disorder. T3 helps regulate metabolism. With less of it in the body, therefore, metabolism and energy expenditure go down as body mass increases.

Several factors can trigger sertraline weight changes among patients medicating on Zoloft. Some of which are listed below.

Other conditions also may influence an increase in body mass. In particular, a study found associations between increased mass, treatment with SSRI medications, the Western diet, lack of physical activity, and smoking. 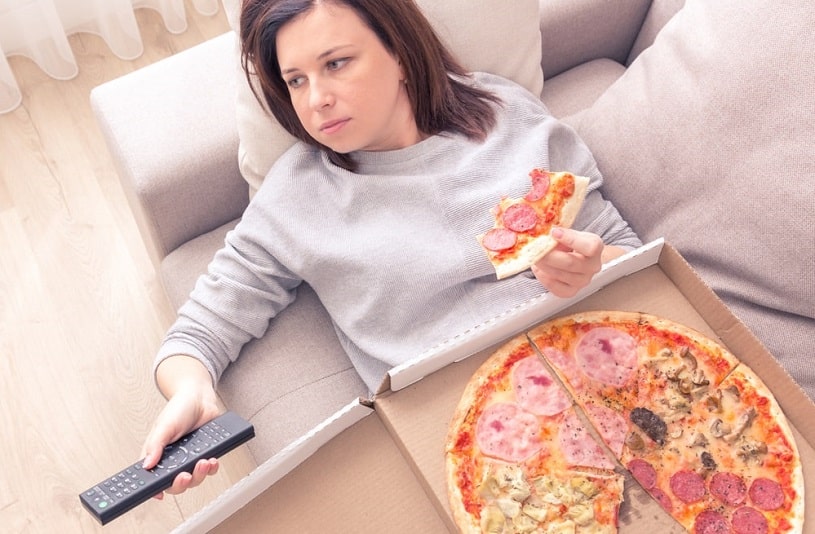 It must be noted that depressive symptoms may include either a significant loss of appetite or a significant increase in people’s eating habits. Either way, the affected person already makes poor food choices even before obtaining treatment for a mental disorder or, more specifically, started the use of Zoloft.

Another study noted that women prescribed to take antidepressants were more likely to be obese. The researchers also positively associated increased body mass while on treatment with a prior history of anxiety and depression.

Dosage and Period of Medication

It is now well-recognized that prolonged use of antidepressants can cause mass changes. One study that demonstrated this was published in the British Medical Journal in 2018. The researchers noted that patients who took an antidepressant medication longer also experienced a more dramatic change in body mass.

Dosage is perhaps the most important factor in the equation. A higher dosage means that people give the medication more control over their nervous system than the innate homeostatic functioning. In this case, if an individual experiences an increase in the mass at a lower dose, the increased dosage can double the body size and lead to sertraline HCL high.

The duration of sertraline intake also plays a vital role in determining how many pounds one has gained. Prolonged usage of the drug makes individuals tolerant to its effects and leads to the dosage increase.

Reaction with Other Drugs

If patients are taking other medications or mixing sertraline with cannabis, or drinking during the Zoloft treatment course, then they can’t rule out the fact that the interaction effect could increase the body mass.

Health professionals are advising the next steps to avoid sertraline weight gain:

While it is more likely for a person to get some extra pounds when taking sertraline, fat loss may also happen. If a person is burning a lot of extra calories or is following a reduced-calorie diet while being on Zoloft, fat loss can occur. 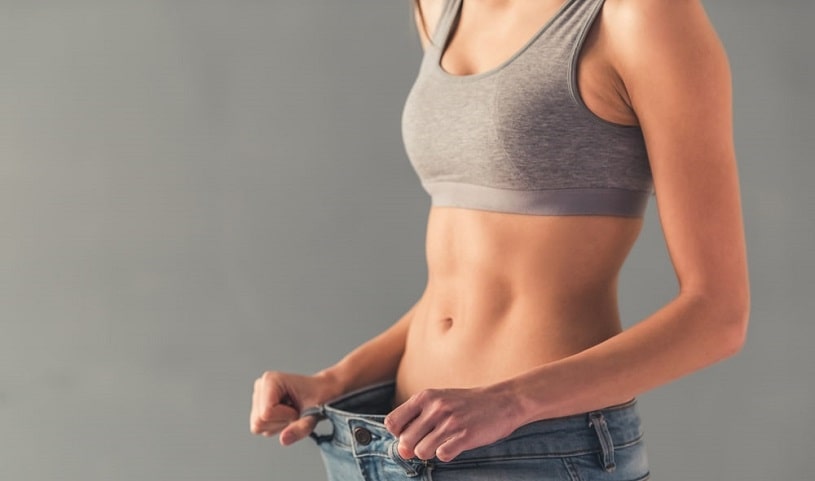 The study published in Psychoneuroendocrinology journal in 2016 stated that monkeys put on Sertraline HCL were found to avoid an increase in body fat and insulin levels as compared to the monkeys who had just regular meals.

To stay healthy and prevent Zoloft weight loss, the three recommendations in the previous section should also be observed.

People are often surprised when they find out that they have gained 10 to 15 pounds while being on their medication post discontinuation. It can happen because drugs like Zoloft directly interact with the body functions at the core level. Metabolism, therefore, is certainly impacted by making consequent changes in body mass, just an accompanying effect from Zoloft discontinuation.

Health professionals suggest the water retention may also be the underlying cause of sudden mass gain during or after medicating with Zoloft. However, once sertraline is removed from the system, excess water would also be lost. Unfortunately, this process could take weeks.

However, there are always methods provided by health professionals to minimize the extra pounds gained. Make sure to consult with a qualified medical health professional to discuss the most appropriate weight management options that match individual profiles and lifestyles.