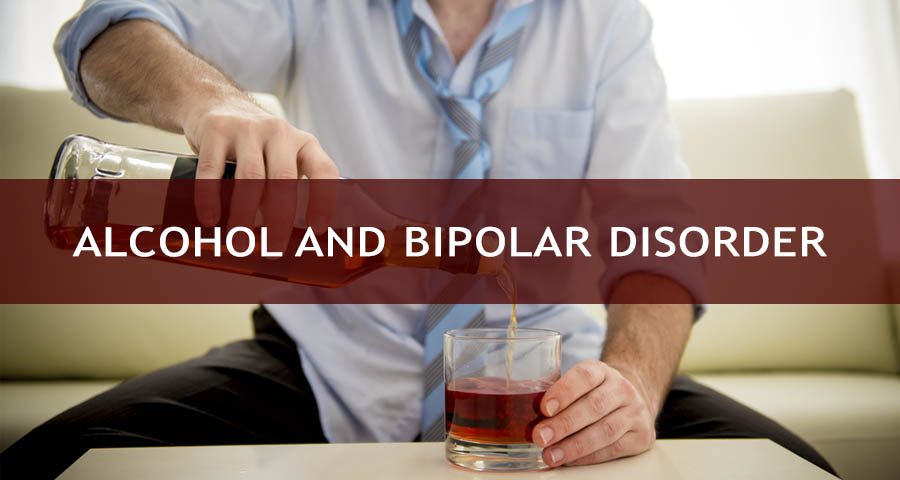 One of the things that make recovery from alcoholism so challenging is that the professionals who offer treatment often can’t limit themselves to treating only alcohol abuse. The reason for this is the problem of co-occurring disorders. A very large percentage of alcoholics also suffer from one or more mental illnesses, such as depression, generalized anxiety disorder, or compulsive behavior. But one of these coexisting conditions – the combination of alcohol abuse and bipolar disorder – is more dangerous than others, so in this article, we’ll present a few facts about it.

The most shocking fact about bipolar disorder is that approximately 2.6% of the U.S. population – 5.7 million adults – suffer from it, and experts fear this number will increase.

What Is Bipolar Disorder?

Bipolar disorder – previously called manic depression – is a mental condition characterized by alternating periods of depression and periods of elevated moods. The latter is significant because the individual feels abnormally energetic, happy, or irritable, and these feelings may cause him or her to make poorly-thought-out decisions, with little or no regard for the possible consequences. Such feelings are referred to as hypomania.
The periods of depression can be associated with crying and having a negative outlook on life, whereas the periods of hypomania may be just the opposite – elated and overly positive, even when there is no rational reason to be that positive.
Many people suffering from this mental condition resort to drinking to lift their mood as the effect. A 2002 research study from the National Institute on Alcohol Abuse and Alcoholism found that 27.6% of people with bipolar disorder become dependent on alcohol, and more than 16% abuse alcohol. The most serious aspect of this combination of bipolar disorder and alcohol abuse is that bipolar alcoholism is potentially fatal.
Once a patient suffering from hypomania seeks refuge in abusing alcohol, they become more prone to suicide. Although drinking may seem like an easy, instant escape, on the contrary, the combination of bipolar and alcohol effects increase the risk of experiencing either a depressive or a hypomanic episode. Both extremes can be dangerous and can lead to suicide.
Several articles have pointed out the dangers of these two coexisting disorders, and advised treatment specialists to be aware of the bipolar-alcohol connection, and how similar bipolar and alcoholic traits can be. For example, bipolar and alcohol blackouts can be indistinguishable, and both conditions often result in cases of extreme denials, such as the stereotypical bipolar alcoholic who refuses to get help.

Is it Safe for Someone with Bipolar Disorder to Drink Alcohol?

A person with bipolar disorder should avoid drinking alcohol. As stated earlier, bipolar alcohol mania can be very dangerous regarding suicide, but even if that does not occur, alcohol has an extremely detrimental impact on both physical and mental health if it is continuously abused.

Experts at the National Institute of Mental Health have concluded that people who have bipolar disorder are five times more likely to develop alcohol misuse that those who don’t.

Things to Avoid in Treating Bipolar and Alcoholism

First, the patient has to stop drinking alcohol. With assistance. Quitting suddenly without professional help is usually not a good idea, because it can trigger extreme depression. However, if the person continues to drink, it can have extremely drastic impacts on their health, and in some cases can be lethal. The ideal approach to quitting is to gradually cut down the intake and eventually stop using alcohol altogether. However, the person has to find an alternative activity to keep themselves occupied.
Also, continuing to use alcohol is a bad choice because rather than calming the mania or dulling the depression it intensifies the mood swings and causes more damage than good. In reality, alcohol is a depressant and is used by most people as a tranquilizer.
Peer pressure from friends and family who still drink should be avoided, at least during the early stages of recovery, because that is one of the primary reasons why people cannot seem to put the brakes on their alcohol intake. For example, when dealing with a bipolar alcoholic husband, treatment is more effective if the wife curtails her use of alcohol as well. Or vice-versa.
Caffeine is another to-be-avoided “no-no” on this list. People suffering from alcohol-associated or alcohol-induced bipolar disorder need proper sleep. Caffeine tends to disrupt sleep patterns, and also reduces the effectiveness of medicines.
If one has been diagnosed as bipolar, any type of fatty food should be avoided, because they tend to increase the duration in which bipolar disorder medication affects the body. Naturally, most bipolar meds and alcohol don’t mix well, so the combination should be avoided, Also, those who experience hypertension (high blood pressure) after eating certain foods should avoid these foods because they might trigger a depressive episode or, in the case of type 1 bipolar disorder, mania.

What are the Chances of Recovery? – Treatment Options

The first step when seeking treatment for a combination of bipolar and alcohol abuse is to determine which condition occurred first. If the alcohol abuse problem occurred first, the chances of recovery are high and the process is not that difficult, especially if the person can stop or minimize their alcohol intake. However, if it’s the other way around, the recovery process can be slow and take some time. Unfortunately, the bipolar disorder may leave a permanent mark on the personality.
As to the question of whether there are “combination” treatments for bipolar and alcoholism, the answer is that there are treatments for alcohol abuse and treatments for bipolar disorder, but they are usually administered separately. Both conditions need specific medical attention to reduce their complexities. Some physicians treat both problems together but this is rarer.
The most effective means of treatment for bipolar disorder is a two-pronged strategy consisting of bipolar medication and alcohol counseling, in the form of group and individual therapies. The traditional medication used has been lithium, but the effects of the epilepsy drug lamotrigine on alcohol bipolar behavior have also been positive.
Various options for the treatment of alcohol use disorder exist. The most commonly used methods are 12-step programs and behavioral-cognitive relapse prevention therapy.

How To Start The Recovery?

Bipolar people in the midst of a depressive episode may find it very difficult to avoid drinking alcohol. Yes, theoretically the person can consume alcohol-free drinks that won’t harm their condition, but that often doesn’t happen without medical assistance.
Doctor consultation is vital for recovery because it is rarely possible for any person to treat this condition by himself. Self-help efforts may worsen the situation because people who attempt those methods are statistically more prone to attempting suicide. People trying to stop drinking “on their own” also tend to be aggressive and can conceivably harm their own loved ones.
The longer the condition persists, the higher the chances that one will develop negative personality traits even after completion of treatment for bipolar disorder. So no matter how bad a patient may feel their condition is, remember that there are effective treatment options available. And the sooner to start, the better the chances of recovery are.

Addiction Resource » Alcoholism: Everything One Needs To Know About Alcohol Addiction » Alcohol Side Effects: Long and Short-Term Effects of Alcohol Use » Alcohol and Bipolar Disorder: Types, Dangers and Treatment Options