The War on Drugs and Racism: Its Effects on US Demographics

The United States War on Drugs was a famous campaign that kicked against drug use and sales by prescribing heavy sentences. However, in retrospect, there is a lot of evidence that points to how this campaign may not have only been poorly executed but may have served as a means to target specific populations in the country.

To this day, the impact of the War on Drugs policies is still felt by those it chose to search out. This article will discuss the Controlled Substances Act, its motivations, and its influence on specific American communities and search to answer whether the War on Drugs failed.

The War on Drugs

It was in the 70s, during the Nixon administration, that this campaign was officially brought to life. Nixon referred to drug abuse as being “public enemy number one” of the American people, aiming to eliminate that vice. During this era, significant moves have changed the approach to drug policy in the United States up to date.

On June 18, 1971, Nixon officially mentioned the term, which stuck with his campaign and beyond until now. Based on this, he asked Congress to allocate more of the country’s resources towards the “prevention of new addicts and the rehabilitation of those who are addicted.” It explains the many major drug-related milestones during his administration, including the founding of the Drug Enforcement Agency and the signing of the Controlled Substances Act.

Several substances were banned. While it only seems like Nixon War on Drugs could only yield benefits, there is a lot of damage and concerns from the program’s motivation and how it appears to search out minority demographics like African Americans, Asians, Native Americans, and Hispanics. 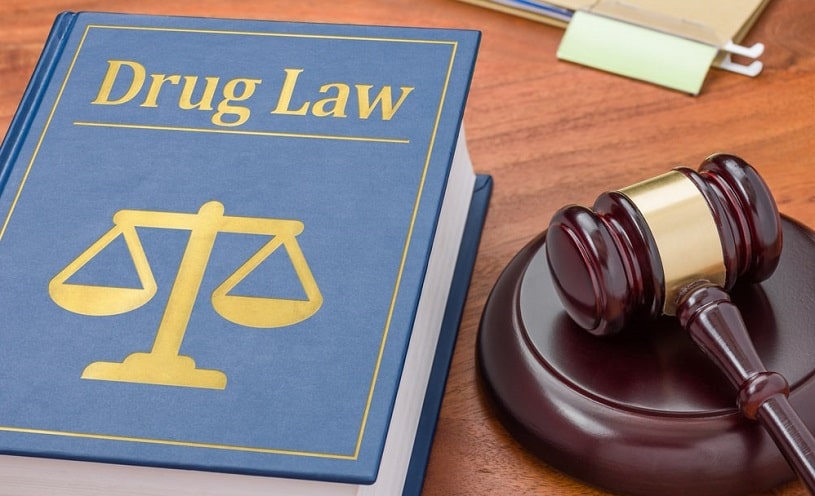 However, it did provide a solid means to search and classify pharmaceuticals and illegal drugs and cut off the easy access that many patients may expect to have.

In 1970, President Richard Nixon signed the Controlled Substances Act (CSA) into law. It aimed to consolidate all previous policies (which numbered in the hundreds) that concerned illegal substances and controlled substances into a single policy. It is mandated that state laws must comply with the Controlled Substances Act, but they may be narrower or more strict than federal law. They may not undermine or contradict federal law.

The CSA is a federal drug policy that regulates the manufacture and distribution of controlled substances. These include narcotics, depressants, hallucinogens, and stimulants.

Substances are categorized into five schedules. This makes it relatively simple to add a new drug to the schedule or change the classification without enacting new legislation. It also makes it easier for state legislatures to develop sentencing guidelines for the five categories rather than for each individual drug. However, the War on Drugs race impact is also evident.

Criteria for placing a drug include how addictive the substance is and if it has any medical or health benefits. Schedule 1 contains the most addictive drugs and carries the most severe penalties, while Schedule 5 substances are not very likely to be addictive and carry much milder punishments.

Before Nixon War on Drugs laws became public, there were laws around the legality of Marijuana. However, these laws mainly were state-level regulations around Marijuana and not nationally implemented. Despite these rights, many still smoked. 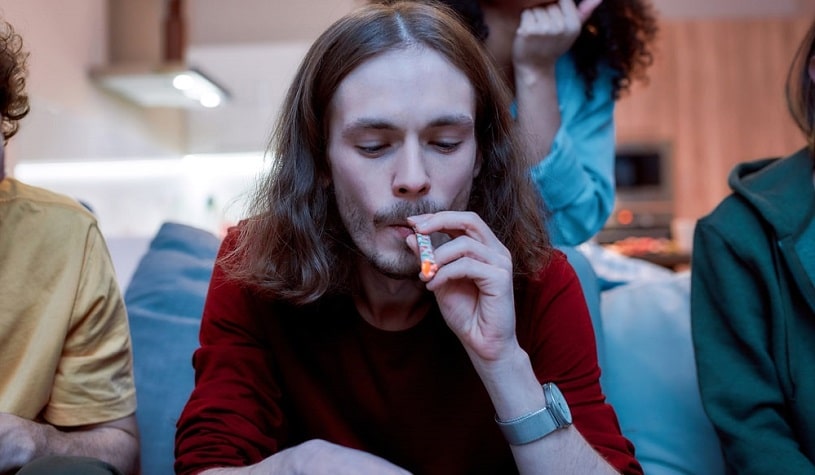 It wasn’t until 1937, when the Marihuana Tax Act was implemented, that Marijuana became illegal on a federal level. However, this policy excluded medical and industrial uses for the plant, with a tax placed on any sales. This act was eventually deemed unconstitutional decades later.

Besides those prescribed cannabis by physicians for health reasons, it was a drug whose use was primarily associated with hippies and black people. When the Controlled Substances Act was introduced in 1970, the drug became illegal on a federal level, with no exceptions.

It was made illegal and classified along with Schedule I substances – substances with a high potential to be abused and no proven medical use or health benefit. However, this law moved marijuana possession from a felony to a misdemeanor.

In our modern time, Marijuana is still federally illegal in the United States. However, several state laws go a different route. Medical use for health problems is legal in 36 states, and recreational use in 18. Therefore, you can use Marijuana in these states and be well within your rights.

Crack cocaine only found its way into the United States during Ronald Reagan’s administration. It means that there were no laws regarding this drug before this time. This drug was introduced into black communities and took root, leading to an increase in crime rates between 1981 and 1986. The proliferation of crack made it clear that the War on Drugs failed the last time.

One can think that the anti-drug policies found a time to revive here, as new federal drug laws were enforced and funding for anti-drug programs was increased, with other policies in play too. For example, possessing 5 grams of crack attracted a five-year minimum prison sentence without parole. However, powdered cocaine, used predominantly in white communities, would require 500 grams for the same penalty. This disparity pointed to the presence of War on Drugs racism. 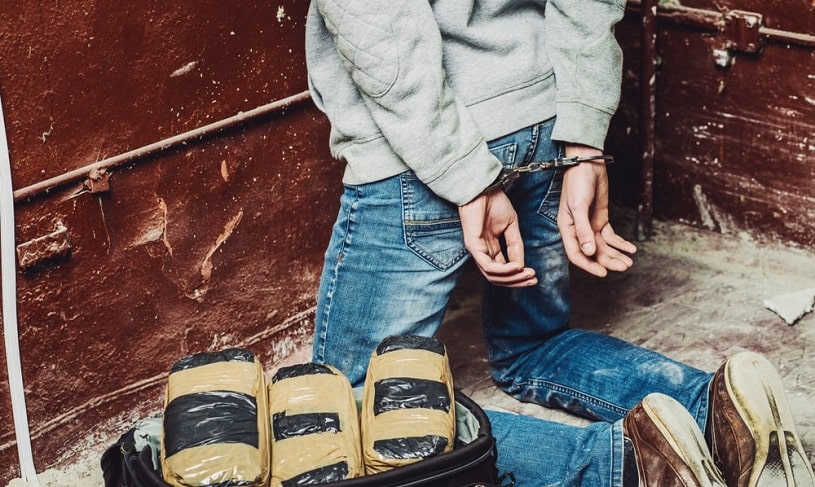 Decades of unbalanced drug-related War on Drugs black people incarcerations have set a notion among the less-enlightened population that African American criminals are involved in drug dealing, trafficking, and use more than any other category. It promotes prejudice that provides a disadvantage to many black people in daily life, though justice may be difficult to get.

It’s hard to deem these measures a success. The rates of drug overdose deaths over the roughly five decades since its enforcement have continued to climb, nearly quadrupling from 1999 up to 2017, and that’s not including other health issues. It can easily be said the War on Drugs failed as this was certainly not the expectation of such an anti-drug policy. Approximately 20% of all Americans over the age of 12 admitted to using illicit substances in the past year.

In 2010, President Barack Obama reworked the sentencing disparity seen for criminal offenses involving crack cocaine and powder cocaine. It is now no longer a 100:1 ratio, but instead an 18:1 ratio required for the same duration of jail time. It helps resolve a bit of the issue with War on Drugs racism.

Starting in the early 2000s, there was a push for the decriminalization of Marijuana. Nebraska decriminalized the drug in 1978, but it was only until 2001 that Nevada followed. There are now 18 states that have legalized it for recreational use. To many, this is justice. To others, justice is waiting for a federal outcome.

Cultivation and distribution are entirely legal in the states, and those less than 21 years old cannot use it.

Through the years, many have called for cannabis to be dropped down a schedule or be removed entirely from the schedule, as it doesn’t fit the criteria for other substances in there, such as heroin and opioids.

The consequences of this War on Drugs racism are not entirely gone, as black people find themselves typecast as the criminal in a story. Unfortunately, white people don’t help this narrative. It causes issues with education, employment, finances, and many more interactions in public.

War on Drugs racism will always be a significant issue with the campaign. It has done nothing to improve drug use statistics in the country significantly, and it is still a public enemy. Nixon War on Drugs has caused a lot of consequences in African American communities thanks to the enforcement of these policies. It is hoped that the incarceration rates and drug use statistics will be analyzed appropriately to build policy to solve this issue.

What Was the War on Drugs?

It was a campaign started over five decades ago that aimed to tackle the issue of drug abuse in communities in the United States. At its heart was the Controlled Substances Act, which notably resulted in the scheduling of many substances. The Drug Enforcement Agency was founded too.

Richard Nixon started it during his presidency. He stated that drug abuse was “public enemy number one,” which served as the primary fuel for his drive to eliminate the problem of these illicit substances. With the War on Drugs, race was supposedly a target during its inception, as they searched out minorities to pin at an indiscriminate level.

When Did the War on Drugs Start?

It started back in 1970, with the signing of the Controlled Substances Act. However, the official declaration from Nixon regarding this war was in 1971, and that was where his campaign against drug abuse was able to get its name.