Valium (Diazepam) is a prescription medication that belongs to the group of drugs called benzodiazepines. Because of its sedative properties and a calming effect on the central nervous system, the drug is used mainly as an anti-anxiety medication and to treat seizures and panic attacks. However, some people misuse the soothing effect to get high by taking Valium in higher doses or wrong ways. The medication is meant to be taken orally, but some people try to get the drug into their system quicker by snorting or smoking the pill. This article will outline potential dangers of these two methods.

Note that changing the route of administration recommended by the FDA and the prescribing doctor is considered an abuse. Do not resort to any ways of intake except the ones approved medically.

In an attempt to intensify their high, some people will try snorting Valium. One should never snort diazepam as there are overdose risks associated with this method. Not only that, but one is subject to a higher risk of developing an addiction when he or she snorts the drug. The pill starts working inside the body very shortly after it’s been swallowed. On an empty stomach, it shouldn’t take longer than 30-40 minutes before the medication starts kicking in.
Therefore, reducing the already short time by snorting a crushed pill doesn’t make sense. Plus, this method brings along plenty potential dangers. 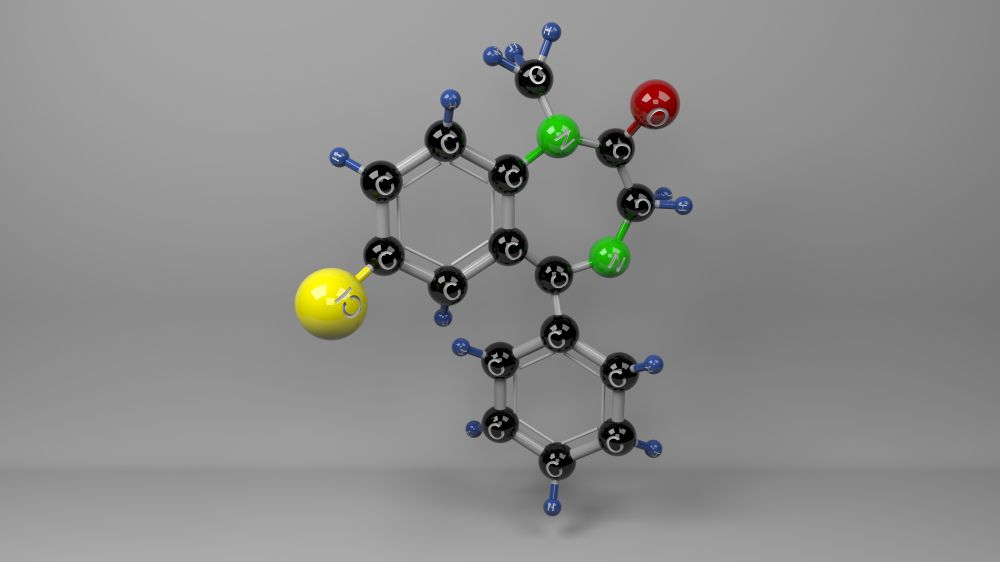 Potential side effects of snorting Valium include:

Taking Valium as prescribed by the doctor is safe and effective.

However, when the drug is abused and snorted in its crushed form, risks of an overdose and dependence increases. In the worst cases, overdose on the drug can lead to death. Such cases usually involve a mixture of other drugs and alcohol, too.

What are the Dangers of Inhaling Valium?

Smoking the drug probably won’t even produce the Valium ‘high’ effect and definitely won’t make the drug work better. The high temperatures the pill is exposed to can destroy some of the chemicals inside it, including the main active ingredient.
Abusers most frequently heat up the pill on tinfoil, in hopes that the active ingredient will be vaporized and more easily inhaled and absorbed. However, the reality is far from this illusion. Very little of the actual medication is being turned into vapor as the high temperatures usually damage most of the pharmaceuticals. Continuing taking Valium in such manner will increase the exposure to the dangerous fillers and binders of the drug, thus improving his or her chance of suffering from throat and lungs damage.
Moreover, practicing this method is a dangerous game, too, as the medication is known to, in some cases, produce adverse side effects such as:

Dangers of smoking diazepam, therefore, are immense, as it can be difficult to predict the correct dosage of Valium. What’s more, such way of usage can damage one’s lungs and respiratory tract, all for a slight chance of getting high.

The Best Way to Take Valium

While smoking and snorting Valium on some occasions can get the abuser high, these methods aren’t effective or recommended. As a strong sedative and a central nervous system depressant, Valium has been designed to be consumed orally. The best way to take diazepam is by mouth. Its bioavailability is roughly 100% and closes to 99% is bound in plasma.
Also, suddenly stopping using the medication might trigger Valium withdrawal symptoms. Going ‘cold turkey’ is never the solution; instead, the dose should be lowered steadily and slowly. Withdrawal symptoms should be reported to the doctor immediately. Some of them are:

To sum up, it is important that the patient takes the medication by mouth as instructed by his or her doctor. Increasing dosage or taking the drug more frequently can result in a` higher chance of its abuse in the future. Therefore, carefully dosing and consuming the drug will increase its chances of success. The dosage a doctor prescribes will depend on the patient’s age, medical condition, and response to treatment. Again, one’s condition won’t improve any faster if the dose has been increased or used differently. On the contrary, it could lead to devastating consequences.