Soma high or the intense relaxing and sedative effect given by this muscle relaxant when taken in high doses has increased its risk of abuse. It is what has led to the harmful practice of Carisoprodol recreational use. When taken in high doses, it can lead to an altered state of mind and induce a highly relaxing euphoric feeling known as Soma pill high. To further increase this carisoprodol high, recreational users combine this drug with opiates such as Hydrocodone, causing them to overdose on the drugs and potentially face fatal situations. This article focuses on various ways people use Soma recreationally, how it affects different people, and how it can lead to addiction.

Non-medical use of Some is considered an abuse and have to be treated py professionals. Its possessing, selling or buying without valid medical prescription can be legally prosecuted.

Does Soma Get One High?

Сan Soma get one high? The answer is yes. Nonetheless, Carisoprodol is not a narcotic. It is classified as a Schedule IV controlled substance in the US. The drug Carisoprodol is a strong muscle relaxant meant to treat musculoskeletal pain, and the intensity of its quick effects can give a user a high euphoric feeling known as the Soma high feeling.
Due to its potent effects, doctors only prescribe the use of this drug for up to three weeks. The recommended 350 mg dose of this drug is not likely to cause side effects and induces only mild to tolerable euphoria and sometimes a dysphoric feeling that is short-lived.

How People Abuse Soma to Get High

When used medically, carisoprodol 250 mg high to reduce muscle plain is achieved by taking it in a tablet format three times a day. When it comes to carisoprodol recreational use, however, there are several ways in which users ingest Soma drug to maximize its effects.

It is a common practice to mix other drugs, mainly including opiates with soma to increase the intensity of the euphoric feeling that it gives.

Some users double the recommended dose and take more than prescribed dosage of Soma for recreational use. Following are some of the ways users intake this muscle relaxant for recreational purposes.

Can one snort Soma? It is perhaps the most common recreational way of intake of this drug to achieve its high. Snorting or sniffing consists of producing soma high through directly inhaling a powdered tablet through nostrils. Usually, it is done by putting the powder on a smooth surface, through a straw or a rolled up paper. Some people even use nasal inhalers to snort soma for a more intense effect. When consumed like this, the drug enters one’s bloodstream quickly through the sensitive blood vessels inside the nose.

Can one inject soma? Injecting is another popular way of taking this drug mainly practiced by hard drug users. Carisoprodol is often mixed with codeine-derived opiates such as hydrocodone. While this is used medically in a controlled manner to treat severe skeletal muscle injury, injecting this combination of drugs recreationally has resulted in many overdoses and deaths.

Soma High Effects As A Part Of Drug Cocktails

Due to its general availability and the pleasurable euphoric effect it brings, Soma is a popular ingredient in drug cocktails. Since it is not a narcotic, buying Soma is relatively more accessible than other drugs that give a similar high. In the world of recreational drug use, drug cocktails are a mix of medications meant to get multiple and varied highs or euphoric results. Some consider this as the best way to take soma to get high. It is essential to know that in high doses, they can be lethal. Two of the well-known drug cocktails it is used in, and their effects are mentioned below. 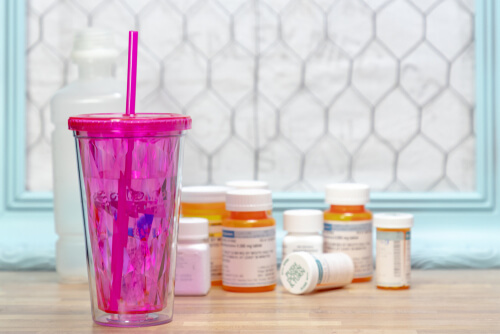 This is a trendy mix of an opioid, a muscle relaxant and an anti-anxiety medication including a benzodiazepine product, like Oxycodone, Soma, and Xanax. They are mixed in standard doses. For instance, Carisoprodol regular dose get users high in this drug cocktail. The effect given by this combination is a lasting hyperactive feel that is similar to getting drunk, and are often used in party environments.

This is a stronger cocktail that is supposed to give a stronger high. Flexeril is another muscle relaxant alternatively used in this cocktail.

When comparing Flexeril vs Soma, Carisoprodol is considered to provide a more intense high in this drug combination. The hydrocodone component is used to induce the severe euphoric effect along with Carisoprodol, and benzodiazepine adds a more relaxing and mellowed out effect.

It is highly addictive, and one of the standard drug cocktails often associated with overdoses and respiratory depression with a long time.

How Long Does It Take For Soma To Kick In?

When taken for standard pain-relieving purposes, Carisoprodol may take up to 30 minutes to fully take effect. It, however, differs according to different metabolism levels, the dosage, and the way of intake and also the other drugs used along that may accelerate or intensify the effects. For this reason, some people may have to wait for 1-2 hours for the medicine to kick in. The answer to how many Soma to get high also depends on each. Immediate effects from Carisoprodol happens only during the first few attempts, and the dosage has to be increased as the body gets used to the drug.

Being a sedative-hypnotic drug, the primary effect given by Soma is a profoundly sedative effect along with a euphoric feeling. The physical euphoria felt with Carisoprodol is described to be higher in intensity than that is benzodiazepine drugs such as Xanax. It relaxes the muscles in the body, helping with any severe muscle pain. If taken in excess, it can lead to a state generally referred to as “Soma Coma.” This may lead to memory loss, impaired speech, blurred vision, loss of motor skills, and temporarily putting the body into a coma state. Excessive use of this drug can lead to withdrawals from Soma, creating cognitive symptoms that may last for weeks and even months. 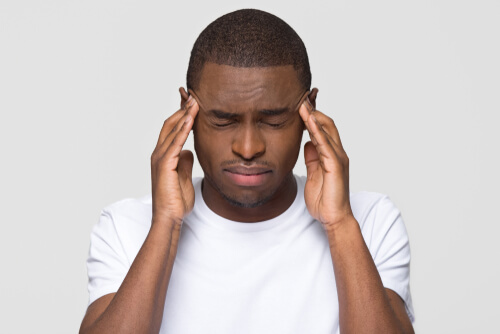 Who Is More Likely To Get High On Soma?

The relaxing feelings given by Carisoprodol drugs affect some people more than the others.

Soma Recreational Use And Addiction

The sedating, relaxing, and euphoric effects of Carisoprodol can be highly addictive, especially in high doses and when used over some time. Those who use it recreationally, have often used it prior as a prescription drug and developed an addiction over time.

How long does soma stay in your system? Well, it differs from one person to another. In average, the half-life of this drug is around 1-3 hours. This is another reason for higher addiction rates since the users tend to take the drug with higher frequency as the results wear off. Since Carisoprodol affects GABA receptors in the brain, prolonged usage of this drug can cause severe long term damage to the central nervous system. The recovery from a Carisoprodol addiction requires a long term approach to behavioral therapy. Choosing the correct treatment facility for addiction is an essential step on the way to a sober life.