Can One Take Imodium While Pregnant And Breastfeeding?

Diarrhea is a frequent occurrence during pregnancy, and many women wonder whether they can take Imodium while pregnant. Loperamide side effects can sometimes be quite severe. It is, therefore, natural that there is a concern about the safety of Imodium during pregnancy and breastfeeding.

Is It Safe To Take Imodium While Pregnant?

There is a lot of controversy around the use of medications during pregnancy. The use of Imodium while nursing or trying to get pregnant is also frequently disapproved. To understand why this attitude takes place, it is necessary to briefly discuss what loperamide is and what specific properties allow it to help with diarrhea. Loperamide is an active ingredient of Imodium. It is an opioid-receptor agonist similar to morphine, and work by depressing the activity of the gut. Although in normal doses loperamide doesn’t reach the brain, its potential psychoactive properties force many people to doubt they can take Imodium while pregnant. 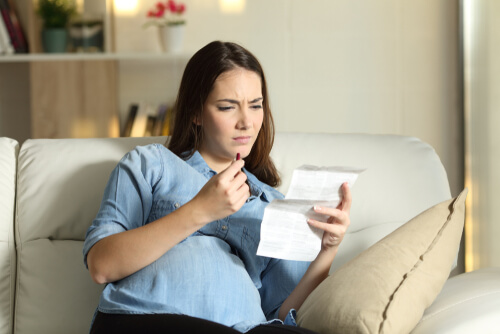 According to the FDA, Imodium pregnancy category is C. It means that no adequate studies have been conducted to determine the safety of the medicine for pregnant women and their babies.

In certain cases, the benefits of loperamide during pregnancy can greatly outweigh the potential risks. For instance, diarrhea can pose a serious threat to a pregnant woman. Dehydration can occur quickly and result in severe consequences and the development of other digestive problems. If diarrhea lasts for more than three days, a doctor’s prescription of Imodium for pregnant women may be helpful.

When A Woman Is Already Taking Imodium While Pregnant

Doctors usually advise women to avoid using Imodium in the first trimester of pregnancy. This is the period when a baby is undergoing rapid and major development. Hence, it is necessary to take additional precautions whenever possible. However, if a woman has already taken Imodium being pregnant, there is no reason to panic. This drug does not have registered negative impacts on the health of an unborn baby. The next step would be to consult with a doctor prior to taking the next dose. This would help adjust the treatment plan and ensure that both the mother and the child remain safe and healthy.

Side Effects Of Taking Imodium During Pregnancy

On its own, loperamide is deemed safe during pregnancy. However, Imodium drug interactions with other medicines can produce harmful effects. Pregnant women might be more susceptible to experiencing various side effects of Imodium and the negative symptoms of its combination with other drugs.

The most disturbing potential issue in an unborn child is cardiac problems. Moreover, loperamide overdose can significantly increase the risk of malformation and heart issues in the child as well as pose danger to the mother.

One of the primary concerns is whether Imodium while pregnant is safe for a fetus. While there is no evidence indicating that it can be harmful, a woman should only take loperamide during pregnancy when it is prescribed by her doctor.

Can Loperamide Cause Miscarriage Or Stillbirth?

Imodium is not linked to miscarriage and stillbirth. In rare cases, it can cause fever and constipation that are known to trigger premature delivery.

Can Loperamide Cause Learning Or Behavioral Problems In The Child?

Loperamide does not cause any cognitive impairment in babies.

Does The Baby Need Extra Monitoring During Pregnancy?

When a pregnant woman is taking loperamide or any other medication, it is a good idea to keep her health in check. She should discuss loperamide treatment with her doctor and avoid self-medicating. Unless side effects occur, there is no need for additional monitoring for the child.

Can Imodium Affect The Child If The Father Took Loperamide?

Imodium is not known to affect the child if the father did not exceed the recommended dosage. 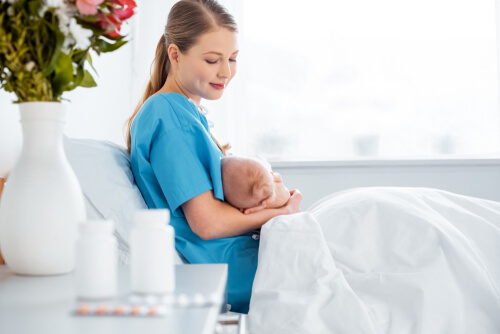 The FDA warns that small amounts of loperamide can pass into the milk. It is also noted that Imodium is not recommended while breastfeeding. However, the National Center for Biotechnology Information reports that the use of loperamide during breastfeeding is not likely to affect the baby. The National Health Service in England also claims that the use of Imodium should be safe for nursing mothers who take it for up to two days. Overall, this medicine can be taken during breastfeeding, but the mother should consult with a medical professional before taking it. A doctor can evaluate the risks and determine whether Imodium can be beneficial for the woman in her situation.

Alternatives To Imodium During Pregnancy

When medication is required, and a woman can’t take Imodium while pregnancy or carrying the baby, several other options are available. Kaopectate is known to be one of the few antidiarrheal medicines that are generally safe to use during pregnancy and nursing. Drugs like Pepto-Bismol and Lomotil are not safe and should not be used by pregnant women.

There are also some natural remedies and methods that can help manage diarrhea:

Be Aware Of Loperamide During Pregnancy

When it comes to loperamide during pregnancy, there is a lack of clear evidence to claim it to be completely safe. At the same time, the cases of Imodium causing harm are scarce and not well documented. Loperamide can be used during pregnancy by a doctor’s recommendation. In addition, there is a discussion about whether women can take Imodium while breastfeeding. Loperamide can appear in the milk, and although the amounts are minuscule, nursing mothers are advised against taking this medication. Several alternative medicines that do not affect a mother and a child while displaying the same properties are available. It is important to remember that no one should switch to a different medication or alter the course of treatment without receiving a professional medical consultation in the drug facilities. If a woman notices any signs of medication misuse, it is vital to consult in the drug facilities and get proper treatment.