Imodium (loperamide) is an over-the-counter medication that is designed to stop diarrhea by reducing bowel movements. While it is a drug that is proven effective, users should also consider its alternatives. Other medicines that are popular for treating diarrhea include Lomotil, Pepto-Bismol, and Kaopectate. Lomotil comes with other ingredients and, unlike Loperamide, is not sold over-the-counter. It can only be taken under a medical doctor’s advice. Pepto-Bismol (Pepto), on the other hand, is an antacid that can treat nausea, stomach upset, and diarrhea. It shares the same chemical composition with Kaopectate and doesn’t require a doctor’s advice before administration.

Loperamide medicines are sold over the counter in the United States and many countries around the world. It is a safe drug that was initially thought to be addictive and thus was controlled. However, the FDA approved it as an OTC after discovering it did not affect the central nervous system. It is widely known as one of the most effective medicines efficient at treating diarrhea. Its Multi-Symptom Relief capsule not only treats diarrhea but does a good job at combating the symptoms. It is the most commonly used anti-diarrhea medication recommended by both patients and health workers for its rapid results.

Why Look For Alternatives?

There are several reasons for which people may prefer other alternatives to Loperamide. Chief among the reasons is its cost. Generally, some of the other alternatives like Pepto-Bismol may be relatively cheaper than Loperamide. Another reason may be the relief of symptoms associated with diarrhea. Aside from its Multi-Symptom Relief medication, the ‘usual’ Loperamide doesn’t treat symptoms. However, Kaopectate and Pepto treat symptoms associated with diarrhea. So in the absence of its Multi-Symptom Relief medicine, patients may seek other antidiarrheals to help treat the diarrhea symptoms. Health reasons may also cause people to look for alternatives. For example, patients who have a history of Loperamide abuse may receive medical advice to refrain from it any time they have diarrhea.

There are numerous alternatives to Loperamide tablets, gel caps, liquids, and chewable tablets on the market. It is important that when considering these options, users do not assume that they are completely safe just because they are available OTC. Just as with loperamide interactions and side effects, other medications can also have health consequences. Thus medical advice should be sought before using any alternative.

Lomotil is a Loperamide alternative, this time containing the active ingredients diphenoxylate hydrochloride and atropine sulfate. It is also an anticholinergic useful in treating gastrointestinal disorders. Lomotil has been classified as a Schedule V controlled substance by the DEA meaning it has a lower chance of abuse. Lomotil works by reducing bowel movement, solidifying stools, and reducing stool frequency. Unlike Imodium, Lomotil is a prescribed medication. This table contrasts Lomotil vs Imodium; their drug class, generic names, treatment time, approved age of use, etc. 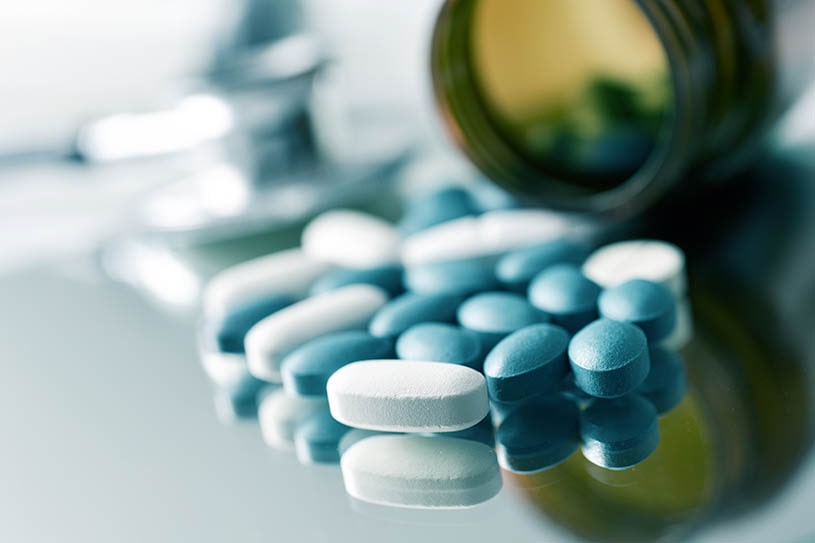 So, just as with Imodium, Lomotil is strictly meant to treat diarrhea. However, there are a few key differences between the drugs. The first, and perhaps most important, is that Lomotil is not available OTC. It is a controlled substance in the United States because its chemical formula is very similar to that of the narcotic analgesic meperidine. It is considered to have a much higher potential for abuse than Loperamide. As a result, when weighing Lomotil vs Imodium, unless the diarrhea is serious enough to warrant a doctor’s visit, Lomotil will not be an option.

Another consideration is that Lomotil has significantly more side effects and known interactions than Imodium. As for deciding between Lomotil and Imodium during pregnancy, both are considered to carry the same risks.

Perhaps, the most well-known Loperamide alternative is Pepto. It has been around since 1900 and has a highly recognizable pink color. These days Pepto and Pepto Bismol refer to the same product. However, Pepto used to be another name for Pepsin – an enzyme found in the stomach of humans and animals. Bismol is termed Bismuth subcitrate, a gastrointestinal drug used to treat ulcers. The original name of the drug was Bismosal which was used as an antidiarrheal in infants. Over time, it was changed to Pepto-Bismol by a marketer in 1919. When comparing Imodium vs Pepto-Bismol, there are a few things to consider.

While loperamide is an opiate, bismuth subsalicylate is simply an antacid. This can feel much safer to users who are comparing Imodium and Pepto. The next is what these two drugs treat. Both Pepto and Imodium treat diarrhea by slowing down bowel movements. However, when comparing the original formulas of each medication, Pepto treats a lot more. With Pepto, users can address upset stomach, heartburn, nausea, and indigestion as well. However, Pepto is known to cause some strange side effects, including temporarily turning the tongue black. It also does not work very long when compared to how long Imodium stays in the system. Contrasting Imodium vs Pepto it appears Pepto-Bismol is a stronger medication than Loperamide. This explains why it is not allowed to be administered to children below 12 years. Ultimately, when deciding between Imodium vs Pepto, there is no universal answer.

Kaopectate is an alternative that is available OTC. It has the same active ingredient as Pepto-Bismol, and thus treats the same conditions and comes with the same concerns. When comparing it with loperamide OTC, it interacts with fewer medications but is contraindicated for more medical conditions. Anyone with Reye’s Syndrome or coagulation problems will be better off with Imodium OTC. Both drugs can be used in the treatment of diarrhea and its symptoms e.g nausea and gas. Weighing Kaopectate vs Imodium reveals that both medications have the same mechanism of action. The drugs work by slowing down bowel movement thus solidifying the stools. The drugs have similar side effects such as severe constipation, nausea, abdominal pain, and fast irregular heartbeat. Both medications have dire health consequences for abusers and they share similar withdrawal symptoms such as body aches and nausea. Anyone hooked to these drugs should seek immediate help from a rehabilitation center or contact a medical doctor.

Many alternatives are only available by prescription. This means that even gaining access to them will require a doctor’s prescription. Users should, therefore, consult with a medical doctor before using any medication, even loperamide OTC to avoid unnecessary health risks. All medications have side effects and interactions, and it can be difficult for users to understand these on their own. The risks are greater in certain populations, that is why Imodium AD for children and its alternatives can be particularly risky to health. If a doctor is not available and the medication is needed urgently, contact a pharmacist before taking Imodium OTC or its alternatives. 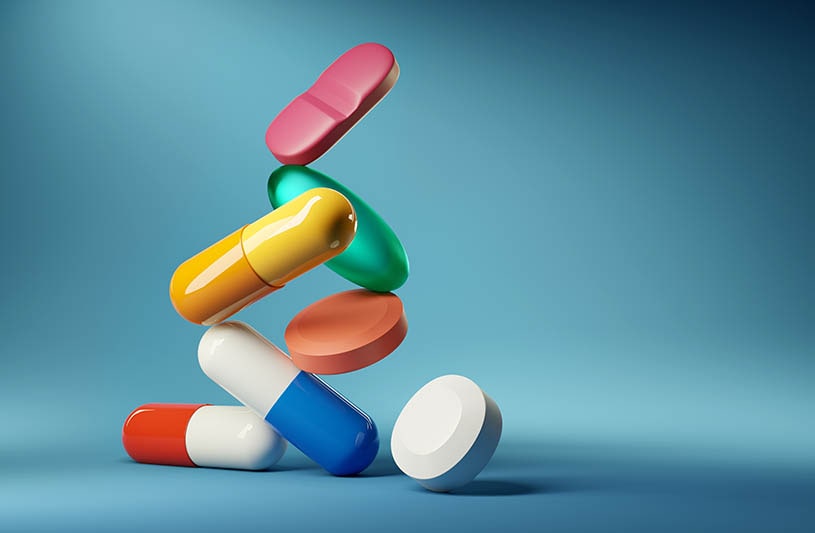 Be Cautious With Loperamide Alternatives

Loperamide and its alternatives are effective for treating diarrhea and its symptoms by restricting bowel movements. However, there is a tendency for abuse if the prescription is not strictly adhered to. Abuse of these drugs can result in severe health problems including death if help is not sought early. Because there is potential for abuse, users should exercise caution. Anyone who feels an urge to abuse these drugs should seek help. Rehabilitation centers know how to get users clean and back on their feet so be sure to contact them. Their addiction treatment programs can be adjusted to help the particular patient to ensure their long-standing recovery.