Imodium Side Effects: Dangers and Risks

Imodium generic Loperamide is a drug belonging to the “Antidiarrheals” class of medicines commonly prescribed to provide symptomatic relief from acute diarrhea. It is also used to treat chronic diarrhea in inflammatory bowel syndrome, short bowel syndrome, and also used to reduce drainage in patients with ileostomies. Loperamide side effects can become a serious obstacle during treatment. Imodium pills are an effective remedy for sudden diarrhea, and most people generally tolerate the drug well. However, in some cases, Loperamide side effects can get quite severe and require immediate medical assistance. So, what are the common side effects associated with its use? Does it cause Constipation? Is it safe to use while pregnant or breastfeeding? Do all side effects need medical attention?

The Most Common Short-Term Side Effects Of Imodium

Imodium, when taken in accordance with the Doctor’s prescription, rarely causes any serious symptoms and the majority of these side effects don’t last long. If the patients clearly understand what it is and whether it is suitable for them, they are more likely to experience fewer adverse effects of this drug.

If Loperamide is taken properly, these symptoms resolve on their own without causing serious health concerns. However, If any of these symptoms worsen, prompt consultation with a physician is advised.

Long Term Side Effects Of Imodium

The majority of the adverse effects of this drug fade quickly, although some side effects may have long-term consequences. In case of any lingering side effects, the patient should consult with the doctor and cease the treatment or adjust the dosage. When any adverse effects fail to resolve over time, it can be an indication of a bigger problem. Generally, Long-term use of Imodium is prescribed for Inflammatory bowel syndromes. Prolonged exposure may lead to the development of an addiction and cause loperamide overdose. According to data published by the US-FDA, some of the rare(less than 0.1%) adverse effects due to long term use of this drug are:

These side-effects, although very rare, can be lethal to the patient. Hence, one should always seek immediate medical assistance if any of these symptoms appear while taking Loperamide. 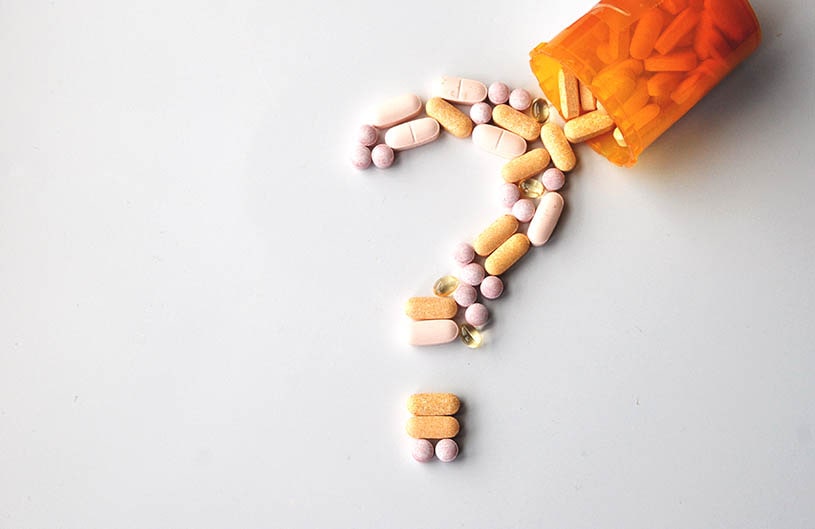 Imodium Contraindications and Minimizing Its Side Effects

Loperamide is generally used to treat acute nonspecific diarrhea and chronic diarrhea associated with inflammatory bowel disease. Although it is a commonly prescribed medication to treat diarrhea, it should be used with caution in some people due to some pre-existing allergic conditions or other reasons.

Certain Conditions in Which Its Use Should Be Avoided:

Apart from the people who fall under the above categories, loperamide has been considered to be a relatively safe drug to treat acute episodes of diarrhea resulting from any underlying etiology. However, if anyone presents with signs and symptoms such as skin rashes or breathing difficulties following loperamide use that cannot be attributed to any other cause should stop taking the medication immediately. This recommendation is applicable even in patients who do not have a history of allergic reaction to loperamide.

Maternal use of Imodium while pregnant isn’t usually recommended as there’s a lack of adequate evidence to confirm its safety or harm during pregnancy. A study on delivery outcomes including the presence of infant congenital malformations after maternal use of Loperamide in early pregnancy concluded that it may increase the moderate risk of infant malformations. However, another similar study concluded that Loperamide use in pregnancy isn’t associated with major malformations. Hence, it is best to consult the doctor before taking this drug. It must only be used if the benefit outweighs the potential risk to the fetus. And if a woman is trying to get pregnant, it’s best to consult the doctor if Loperamide has been prescribed as a part of ongoing treatment of bowel disorder.

As a small amount of Loperamide is found to have entered breast milk, it is advised not to take this drug while breastfeeding.

How to minimize Imodium Side Effects

Although most side effects associated with Loperamide use aren’t serious and resolve on their own, there are certain ways we can minimize the risk. As prevention is better than cure, the following steps can be taken to reduce the side effects and take full benefits of Loperamide:

Consult with A Doctor When Giving Imodium to Kids

Parents should be cautious when giving loperamide to their children. For example, Imodium is not suitable for kids under 6 years old unless it was specifically prescribed by their doctor. In addition, the use of Loperamide for toddlers under 2 years of age is prohibited.

One of its major unwanted effects is its propensity to facilitate the accumulation of magnesium, aluminum, and other substances in the body, which can be quite harmful to young children. Besides, diarrhea can cause dehydration in toddlers quickly, and parents should consult with a doctor immediately instead of attempting to treat the child with over-the-counter medications.

Be Aware of Loperamide Interactions

People who take other drugs should check possible interactions with loperamide. Loperamide should not be used in the case of black stool. In addition, it is not advisable to mix Imodium and alcohol.

Long-term side effects can be prevented by instilling control over the length of treatment. In rare cases of severe intolerance, an individual will have to switch to a different drug. For instance, in Imodium vs Pepto-Bismol comparison, Pepto-Bismol wins by having more applications, and it can be used to help with nausea and heartburn as well as with diarrhea.

Overdose On Imodium: Is It Possible?

Low amounts of this drug are neither harmful to the body nor result in Imodium overdose. This is because these amounts are easily broken down and excreted from the body. However, those who abuse this drug can overdose on loperamide by increasing the amount of medication that is absorbed into the bloodstream. Over the years, a growing number of cases have been reported of people who overdose due to its opioid-like properties. Loperamide is easy to obtain as an OTC drug, therefore, making it harder to detect and prevent overdose cases. According to data from the U.S. Poison Control, there has been a doubling of Loperamide overdose cases since 2014. However, some of these cases are accidental because there isn’t a particular limit on the amount of the drug people can purchase over the counter. Therefore, those seeking treatment for their diarrhea may end up abusing Loperamide thinking that it will work faster if they take more.

Taking Loperamide in high doses comes with a wide range of signs and symptoms some of which can be fatal. According to The American Society of Health-System Pharmacists, the following are some of the most common Imodium overdose symptoms:

Common Side Effects Of Imodium Overdose

Similar to all other drugs, Imodium overdose results in a myriad of adverse effects. If diarrhea lasts more than two weeks, the patients shouldn’t try to alleviate the situation by increasing the dosage as it may lead to overdose and subsequent side effects. Instead, consult a medical professional for further assistance. Side effects due to overdose of this drug that are usually exhibited by those who abuse it range from gastro-intestinal symptoms such as stomach discomfort, bloating, and pain or cramps, constant constipation, nausea, and vomiting to general disorders such as drowsiness or tiredness.

If someone exhibits the above symptoms while taking Loperamide for whatever reason, it is advisable to visit a doctor for medical intervention.

Imodium overdose is an issue that should be given a high priority in terms of prevention, public awareness, and how to help those who use excessive dosage. Some severe adverse effects can arise due to loperamide toxicity and a high absorption rate in the body. The US-FDA, through drug safety communication, has warned about unexplained cardiac events such as QT interval prolongation, ventricular arrhythmias, breathing difficulties, cardiac arrest, and a culmination of severe cardiac events that may cause death. 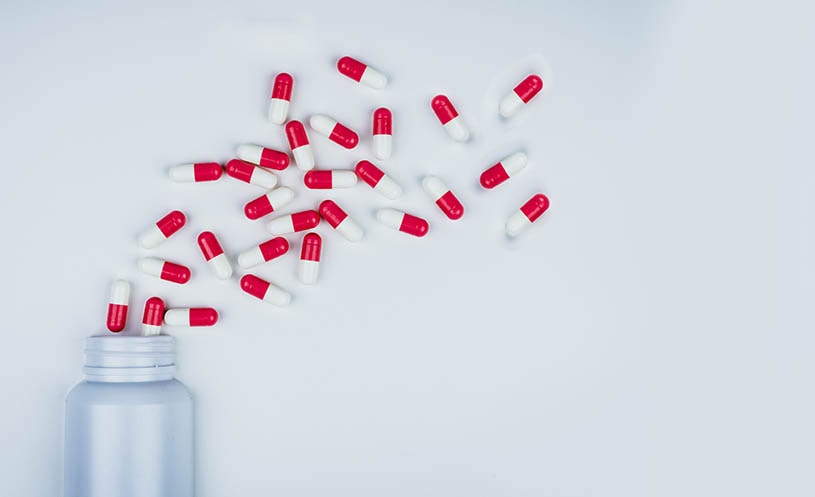 Imodium overdose is possible, however, within the recommended dosage, it’s less likely to occur. A Loperamide overdose can also be caused by using it in combination with other drugs. Mixing loperamide and alcohol also poses additional adverse effects on the nervous system, including dizziness, drowsiness, and difficulty concentrating. That can lead to overdose, too, so always consider how long Loperamide stays in the system.

Do All Imodium Adverse Effects Need Medical Attention? When to Seek Help?

The majority of Loperamide HCI adverse effects are not long-lasting and can be avoided by regulating the dosage of the drug. Common short-term adverse effects are self-limiting and need no medical attention. Using this drug for conditions like stomach flu should be carefully controlled to prevent the possible unwanted effects from worsening the patient’s condition. In case of severe and potentially life-threatening symptoms such as CNS disorder, anaphylaxis, or various heart problems, it is advisable to get a consultation in professional drug facilities and undergo treatment if needed.

Is Imodium safe to take during diarrhea?

Imodium is an FDA-approved antidiarrheal medicine, generally prescribed to control and reduce the frequency of acute diarrhea. It is on the WHO’s List of Essential Medications and generally considered to be safe with a low potential of abuse.

What if I still have diarrhea after taking imodium?

If a patient took Imodium for 2 days to get relief from diarrhea but isn’t improving then one should consult a doctor for further management and treatment.

How long can I take Imodium?

Most people only need to take Imodium for 1 to 2 days for acute diarrhea.
If a patient is on Loperamide as a part of treatment for chronic diseases such as Crohn’s disease, Ulcerative colitis, or Short bowel syndrome, then a doctor may prescribe it for a longer duration. Patients are advised not to take it for more than 2 days without consulting the doctor.