Imodium And Alcohol And Other Imodium Interactions

Imodium is the commonly known brand form of the synthetic phenylpiperidine opioid anti-diarrheal drug Loperamide. Since 1976, Loperamide has been used to treat various forms of diarrhea such as traveler’s diarrhea, chronic diarrhea of Irritable Bowel Syndrome (IBS), acute nonspecific diarrhea in children older than two years of age and adults. It has also seen use in reducing ileostomy output as well as managing chemotherapy-related diarrhea. Due to its wide spectrum of use against many types of diarrheal disease, it is among the most frequently used over-the-counter drugs. As such the risk of Imodium interactions with other drugs and substances is quite high. These interactions may alter the way that Immodium or the drug it comes into interaction with works and may result in unpredictable consequences. The consequences could include failure of the desired therapeutic outcome, an increase in the severity of experienced Loperamide side effects, or even worse, a reaction that could be toxic to the patient’s health.

Therefore, it is important for patients to have information regarding various important Imodium interactions and on what not to take with Imodium to avoid possible complications.

The Dangers of Combining Imodium And Alcohol

Although no absolute contraindication exists for combining the use of Imodium and alcohol together, it is best to avoid consuming alcohol during Loperamide treatment. This might be slightly confusing to some, as both alcohol and Loperamide through their mechanisms of action have the ability to function as Central Nervous System (CNS) depressants, and logically their combination would produce significantly depressed mentation. The absence of an absolute contraindication is because of the fact that at therapeutic doses, Loperamide is unable to cross the blood-brain barrier and reach the central nervous system in order to produce CNS depression due to an efflux mechanism.

However, if supra-therapeutic doses are taken such as with recreational misuse and addiction or certain drugs that inhibit the efflux mechanism which prevents Loperamide from entering the central nervous system are co-prescribed, Loperamide will produce CNS depression. In such a case, the combined use of Imodium and Alcohol together will produce compounded symptoms of Central Nervous System depression.

Side Effects Of Combining Imodium And Alcohol

This will manifest as a heightening of the shared CNS side effects of both Imodium and Alcohol:

As such it is best to avoid imbibing alcohol while taking Imodium to minimize any possible health risk. Furthermore, if patients do decide to drink while taking this medication it is recommended that they avoid tasks that require high alertness such as driving until they know how Loperamide affects them after drinking. 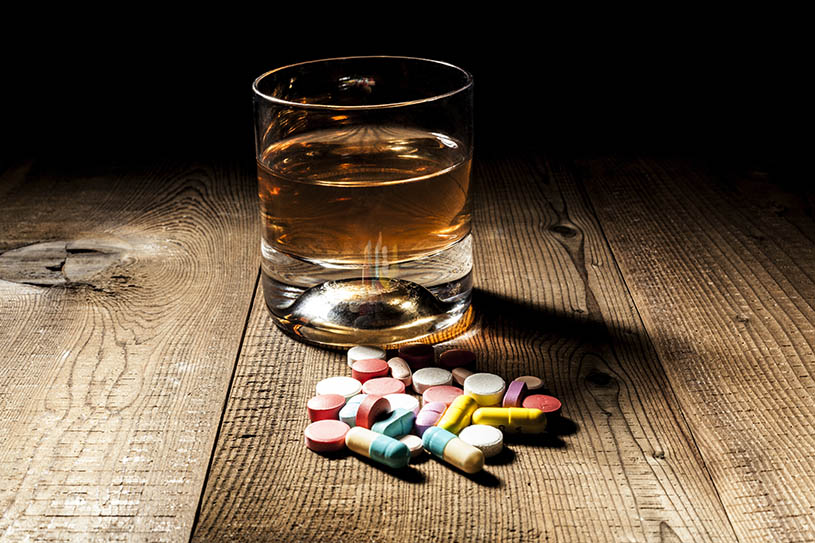 What not to take with Imodium

As with all medications, there are a few drug groups that patients should avoid when taking Loperamide for their diarrheal disease to minimize the risk of complications.

The information mentioned above lists the most prevalent drug-drug interactions that can have an effect on Loperamide and its metabolism. For more detailed information, individuals should consult their medical doctor.

Imodium Interactions With Other Medications

Many people take other over-the-counter or prescription medicines along with Loperamide. Certain drugs may be taken to imitate the effects of Imodium Multi-Symptom Relief caplets or boost the effectiveness of the medication. While many interactions can be beneficial, some can pose a serious threat to a person’s health. It is essential to have information about the most frequent Imodium interactions with other substances and consult with a medical doctor before changing the dose or introducing new medicines alternative to Imodium.

Can you take Imodium with Pepto?

Now to answer the question of can you take Imodium with Pepto? Yes, one could combine the use of Imodium and Pepto as there is no drug-drug interaction present between these two medications. However, just because one is able to combine these two medications, does not mean that one should. Combining these two agents would serve no purpose, furthermore combining two antidiarrheal agents could possibly lead to constipation. As such, although combining Imodium with Pepto is relatively harmless, it is best avoided.

The question of whether a person can take Imodium with antibiotics periodically arises since diarrhea is a side effect of many antibiotic medications. The drug-drug interaction between Imodium and antibiotics is mostly safe, with the exception of co-trimoxazole. Co-trimoxazole is another name of the antibiotic Trimethoprim/sulfamethoxazole (TMP/SMX), which can be used to treat a variety of bacterial infections. This antibiotic inhibits the metabolism of Loperamide and can increase its plasma levels, which can very rarely cause acute toxicity.

Another consideration with regard to Imodium and Antibiotics is the safety of Loperamide use in certain types of bacterial diarrhea. Generally, antidiarrheals are contraindicated in infectious diarrhea as they inhibit the intestine’s ability to eliminate toxins, which can lead to various medical complications. Thus, although no drug-drug interactions exist between Loperamide and antibiotics outside of the one example mentioned above, the use of Imodium with antibiotics should not be undertaken as Loperamide use is contraindicated in infectious diarrhea. 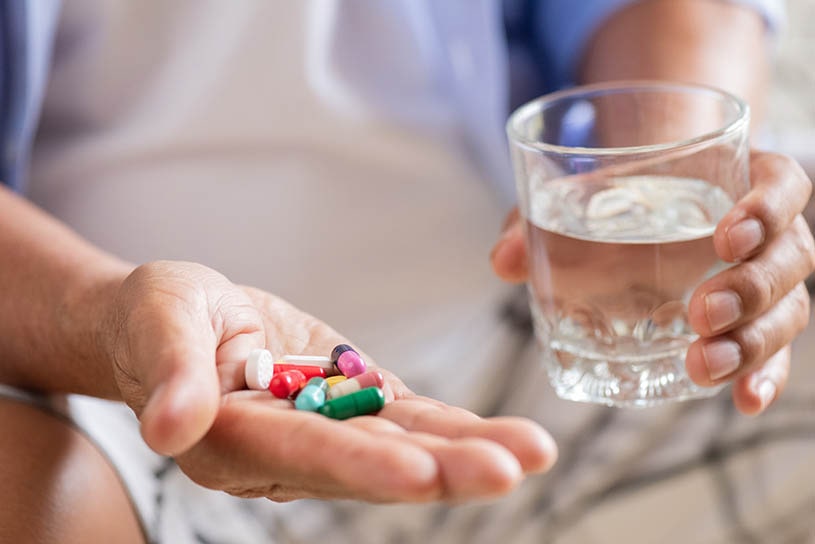 Safe Use Of Loperamide With Other Drugs

Specific Loperamide drug interactions can lead to serious health conditions and even death. The most hazardous medicines include opioid pain medications and medicines that affect the heart rhythm.

Some substances can increase the effectiveness of loperamide and subsequently lead to Loperamide overdose. Overdosing on loperamide can be fatal. It is especially common among those who are dissatisfied with how long Loperamide’s effects last. Extremely high doses of Loperamide can lead to severe liver problems, vomiting, and heart attacks.

An individual should avoid using loperamide to treat diarrhea associated with antibiotic treatment. When it comes to other drugs, it is crucial to research information about potential interactions before taking medicines alongside loperamide. If a person experiences persistent side effects during short-term treatment for mild diarrhea, it is advisable to receive medical consultation. A doctor can prescribe an alternative to any of the conflicting drugs and help avoid long-lasting and dangerous symptoms. If a patient misuses the medication, it is vital to reach drug rehabilitation facilities as soon as possible to get the proper treatment.