Baclofen Side Effects, Causes, and Warnings

Baclofen is a drug used to relax muscles and in the treatment of muscle spasms and pain that are symptoms of various conditions. Similar to essentially all other drugs, there are some Baclofen side effects that can occur even when the medication is used correctly. These have been well-known since the drug was synthesized.

Even though some of these effects and symptoms can be serious, most of them can be managed or treated. In essentially all cases, quitting the medication gradually is enough to stop these adverse reactions from appearing.

Common Side Effects of Baclofen

The Most Common Baclofen Side Effects and Symptoms in the Elderly as Well as in Younger Adults Commonly Include the Following:

Kemstro may cause considerable changes in weight that may exert increased pressure on the heart and veins.

Among the side effects of Baclofen on health are urinary incontinence and urinary retention, which causes frequent trips to the toilet. Among both women and men, decreased libido and sexual dysfunction have been reported. It is known to cause erectile dysfunction and abnormal ejaculation among men.

With Baclofen 20 mg, adverse reactions may take less time to become felt. More intense and persistent symptoms of Baclofen side effects on the health may also be observed, especially when dosage has been increased abruptly, not allowing the body to adjust it properly.

There are several less common side effects of Baclofen which can signal that Baclofen’s maximum dose has been reached or that there may be other unknown contraindications. In some cases, some people are not receptive to medicine.

Less Common Baclofen Side Effects Are as Follows:

Psychological adverse effects can be the most uncomfortable when taking some drugs. They can impact life rather significantly when they are severe. In the case of this medication, anxiety is one of the adverse reactions that may be seen.

A 1994 study attempted to assess the psychological effects it had on those who used it. It was found that while the group of individuals who took this medication were more likely to be anxious than those who didn’t take the drug, the difference was not considered to be significant.

It means that anxiety is a side effect that can occur with the use of the drug, but the study failed to prove an irrefutable link between the two.

Despite its role in reducing overactivity in muscles in the form of spasms, one of the adverse reactions that can occur with the use of this medication is having seizures. Besides involuntary shaking and stiffening, there can be loss of bladder control and sometimes loss of consciousness. 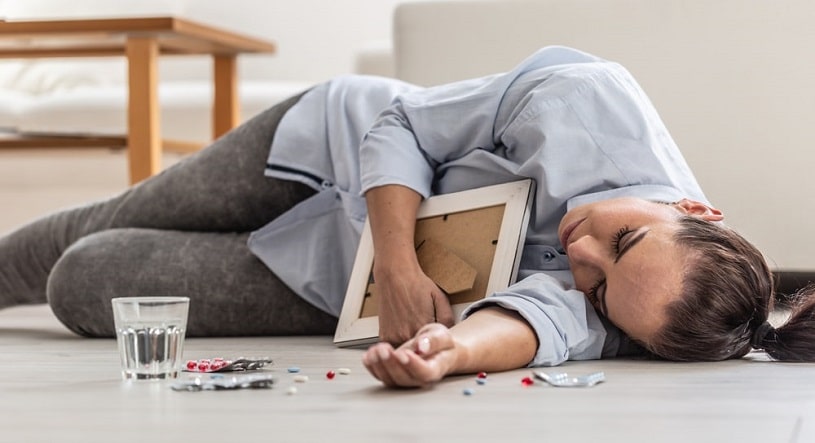 One study observed the drug’s effects in children, with 14% of the children having seizures for the first time after starting the drug and 35% of them with a previous history of seizures. It shows it to be a relatively common side effect, at least in a younger population. Even in adults and older people, another study showed that seizures are an equally common side effect.

Does Baclofen Cause Weight Gain?

Drugs that act in the central nervous system can very frequently cause changes in appetite and energy expenditure, and resulting from that, potential changes in weight. Information from a research study shows an association of weight gain with the use of Baclofen. It means that one of Baclofen side effects is weight gain.

There was no observed change in the energy expended at rest, so one of Baclofen side effects, weight gain, may be linked to dietary intake.

Baclofen weight loss is possible due to appetite suppression. It was figured out according to the study published in The Frontiers in Psychology in 2013. Another study published in The Journal of Behavioral Pharmacology in 2012 provides more perspective. The researchers concluded that weight loss is a possible side effect. They add that Lioresal suppresses a person’s cravings for pure fat but does not help regulate binge eating on foods containing high amounts of sugar. This explains why Baclofen weight loss can be a thing alongside the possibility of weight gain.

Why Baclofen Adverse Effects May Occur?

There are several reasons why one or more of these common or rare side effects of Baclofen may manifest.

These Reasons Include the Following:

In a 2017 study published in The Journal of Clinical Psychopharmacology and Neuroscience, researchers describe symptoms of dependence that had developed in a man taking Lioresal. The patient has been diagnosed with co-morbid major depressive disorder and found that Kemstro helps to improve his mood. The man eventually abused the medicine. The researchers warned that the mood-enhancing effect of Lioresal might make it addictive, most especially when contraindications are present. Drug abuse may lead to an overdose of Baclofen as well.

When taking any drug, there are specific precautions that need to be adhered to. It is no different with this drug, as these Baclofen warnings will ensure that the user minimizes the risk of adverse reactions.

Baclofen Warnings Include the Following:

Use Baclofen Properly to Stay Safe

There’s no medication that has no potential adverse effects. This one is no different. It is essential to follow all the Baclofen warnings and use the drug only according to the information provided by the medical doctor. This will ensure that adverse effects are kept to a minimum while the drug does its best to help the spasms.

The pain of conditions like multiple sclerosis is enough to deal with, so taking the drug right can help to avoid the pain of unnecessary adverse reactions.