Adderall Tolerance Reset: Maximize the Effects of This Stimulant 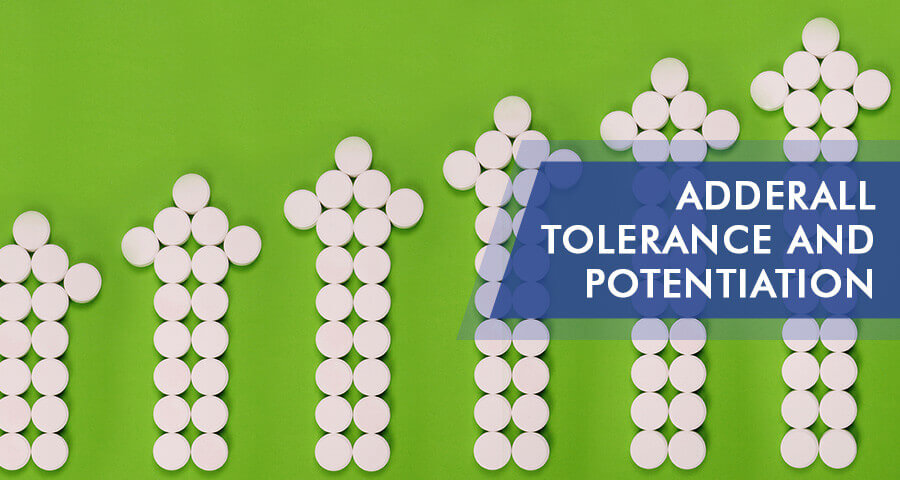 Since 1996 when it first hit the market, Adderall has been a popular drug for treating ADHD. A patented blend of amphetamine salts, it is available in standard and instant release forms. While it was once seen as a miracle drug of sorts, the longer it has been on the market, the more problems have come to light. Now, Adderall is known for its street use as much as its medical use, with many wondering how to get an Adderall prescription. Even when used as prescribed, there are concerns: namely, the development of Adderall tolerance—which has even resulted in an FDA Adderall lawsuit–and the potential dangers of patients attempting to potentiate Adderall.

Tolerance refers to a bodily process in which systems impacted by a substance steadily become used to the presence of the substance, lessening the effects produced through consumption. Or, to put it more simply, the longer one takes certain substances, the less effects are felt. The concept specifically linked to addictive substances–thus why Adderall tolerance exists–and becoming tolerant of a substance is usually the step right before becoming addicted to it.
This Adderall tolerance is when the central nervous system becomes so used to the presence of the drug that its effects seem weaker or cannot be noticed at all. When this occurs, some patients may assume that it has stopped working and seek out a new medication. Others may look into ways to potentiate—or increase the effects of—the drug, while others still may start increasing their dosages, and not always with doctor supervision. Because it can encourage risky behaviors, such as looking into how to get the most out of Adderall, this process is dangerous.

It is important never to take a greater amount of the drug other than prescribed. Only after doctor’s cobsultation, a dose can be adjusted.

What Contributes to Adderall Tolerance

Adderall tolerance is caused by the mere presence in the 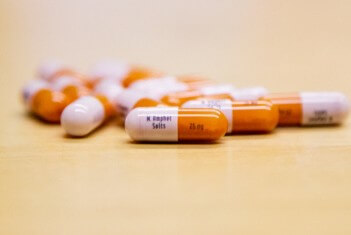 body over an extended period of time. When used in the short term, the body does not have time to adjust to the presence of the drug, but when used for more than 10 days, the possibility of developing the condition builds, leading to concerns about Adderall not working anymore. Any medication that impacts the central nervous system is susceptible to tolerance, and this ADHD medication is no exception. However, there are certain factors that can make the condition more or less likely to occur.
Variables That Impact Tolerance Onset

How to Prevent Adderall Tolerance

Preventing Adderall tolerance should be a concern of anyone taking the drug. For one, it is dangerous and leads to addiction. For another, it makes it impossible to receive the therapeutic benefits of the drug. Given that not all ADHD drugs are effective for every patient, there can be a strong motivation to avoid the lessening effects of tolerance.
But can tolerance be prevented? That depends on who to ask. While it is debatable whether tolerance can be fully prevented, most agree that there are medications, supplements, and lifestyle changes that can be taken to stave it off from some time. Let’s take a look at these by category.

Some scientists have theorized that excess Ca2+ at NMDA receptor sites is a major contributing factor to Adderall tolerance. If this is the case, then NMDA antagonists can help to stave off the development of tolerance. There are prescription medications and supplements that function as NMDA antagonists, including:

Assuming that the two classes of medications and supplements above do not render sufficient results, it is possible that neurotoxicity is contributing to the problem. Oxidative stress is another possibility. Neuroprotective agents and antioxidants can combat this, such as the following:

In addition to these methods, there are lifestyle changes that can be made to reduce the likelihood of tolerance. Options include eating a proper diet, focusing on hydration, reducing stressors in life, and getting the right amount of sleep each night.

While staving off tolerance is the healthiest way to approach this issue, some patients want to potential Adderall. Or, in other words, make the effects of the drug stronger. On the surface, potentiating seems like a good idea: one increases the effect without increasing the dose. Despite drug potentiation will not affect the speed of losing weight on Adderall largely, there are other negative effects of Adderall potentiation.
The users who eager to abuse Adderall often refer to the following methods of potentiation:

However, doing so is dangerous. Adderal potentiation can be done only under close medical supervision if needed.

Ultimately, patients should not worry about how to enhance Adderall unless they are working with a doctor on their potentiating strategies. Otherwise, it could prove dangerous. For example, Adderall and Ibuprofen can be very dangerous when mixed despite the potentiating effects. Never combine medications without the approval of a medical professional.

While preventing tolerance is deal, tolerance still occurs, and at an alarming rate. Those who have developed tolerance need to be able to battle against it in order to prevent dependence and addiction. Below are the steps to take when tolerance is developed.

Please note that if any addictive or abusive behaviors are noticed, such as snorting Adderall IR or talking about their Adderall XR high, rehabilitation should be sought immediately.

If There Are Signs of Tolerance or Addiction, Seek Help

Because tolerance can escalate to addiction rapidly, help should be sought as soon as signs are noticed. There are many rehabilitation facilities across the United States that can assist those dependent on or addicted to Adderall. Do not hesitate to seek substance abuse treatment assistance.