Can One Get High On Valium: Dangers

Valium can get one high, but it simultaneously slows many brain functions, thus making one feel dizzy and unable to focus or respond quickly. Also, it can impair memory. A Valium high gives a person a sense of relaxation and mild intoxication, freedom from stress and anxiety, a reduced heart rate and respiration rate leading to feeling sleepy. Some of the most negative effects include impaired thinking, weakened memory, feelings of detachment from the surrounding, as well as disturbing thoughts.
Valium (or Diazepam) has made its mark on America, practically becoming part of the culture. For 13 years Valium was the most prescribed drug in America, while Diazepam has over 500 brands around the world. With so many people being prescribed Valium, a highly addictive drug, the potential for abuse is huge. Though, as seen above, many begin their Valium journey legally and under medical supervision, a large number of people gets caught up in its addictive properties. Thus, when their prescription runs out they resort to desperate measures to get their hands on the drug.
Some of the ways people try and obtain Valium, is through veterinary services, as diazepam is also fit to use on animals. Additional methods include forging prescriptions and doctor shopping. Doctor shopping is the practice of attending multiple doctors, with the purpose of receiving multiple prescriptions to obtain otherwise illegal drugs.

All the above-mentioned practices are dangerous and illegal. Patients should not try to take Valium to get high as it can damage one’s health as well as entail legal liabilities. 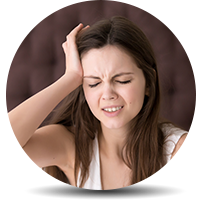 Valium carries a big risk of addiction. In most cases, it is a result of long-term use of the drug. In other cases, use of higher doses is to blame. Addiction makes one seek a high on a regular basis, which can wreak havoc on one’s health.
Essentially, when one uses a drug that alters brain functions, the brain becomes used to the new feelings brought on by it. In the long-run, the effects of the drug go beyond the mind and start to show in the form of physical symptoms. It is called addiction, which can be both psychological and physical.
Valium is a brand of medication that contains the basic drug diazepam. A doctor can prescribe this drug for many different medical conditions, including muscle spasms, anxiety disorders, alcohol withdrawal symptoms, and seizures. As a sleep-inducing agent, a doctor may also choose it for short-term treatment of insomnia, loss of sleep.
It is a member of a class of medications called Sedative-hypnotic. Chemically, Valium is a benzodiazepine, a chemical class of drugs which also includes nitrazepam, alprazolam (Xanax), lorazepam, and others.
Most of the effects occur due to its tie to specific sites in the brain, and potentiation of a brain chemical called Gamma-Aminobutyric Acid (GABA). GABA is a major neurochemical that depresses many brain functions. Therefore, Valium has a calming effect on the nerves.

When Can Valium High Occurred?

Like many prescription drugs, when used correctly and under medical supervision Valium has many healing properties and many can benefit from its controlled use. The problem begins when people seek it out not for its medical benefits but for its depressant effects, which can result in a high. People who use Valium for this purpose often mix it with other drugs and/or alcohol to achieve the desired high. So to summarize, a Valium high may occur when:

Valium, when used for a long time, takes the brain to a new level of sedation and relaxed mood. This is the high which the body seeks every time. When a patient gets used to taking the drug in doses, frequency or duration other than recommended, one has to understand that is slowly falling into the depths of addiction.
Addiction can also result in many physiological and psychological problems when the body does not get the required amount of the drug. These problems, withdrawal symptoms, are very unpleasant in their nature. Therefore, there is always the possibility that one returns to drugs in search of freedom from withdrawal symptoms.

How Does It Feel To Have A Valium High?

A valium high comes in two stages, that can be divided into short-term effects and long-term. Initially the high gives a sense of relaxation and mild intoxication along with:

After the initial feeling of relaxation and calm – the peak of the high – the brain seems to wake up from it’s drugged state and rebound with what many users can experience as a crash. Physically this manifests in unwanted effects such as:

The last side effect, anxiety, is a difficult one for many, because Valium may have been prescribed as anxiety fighting drug, but when abused it can actually have the reverse effect.

People often reach for more Valium to counteract the comedown. They do this in an effort to slow their brains down and return to the initial warm and relaxed high, and to put off the crash for as long as possible. This is a slippery slope into addiction because as with any addictive substance it will start taking more and more of the drug to achieve that desired effect. This is what leads addicts to using dangerous doses and to experimenting with alternative forms of administering the drug, such as intravenous injections or snorting crushed pills.

Getting high of Valium does not seem an enjoyable act at all, as when it becomes a daily habit, one’s health suffers the most. The health effects of a regular high are much more severe than just the intoxicating feelings. They include:

For many Valium abusers, it may have started out with the intention of it being short-term or simply recreational (recreational use equals abuse and is against the law). They may often fail to realize just how addictive Valium can be and how difficult it is to fight the urge for the next Valium high. Many do not consider the long-term price they may pay. The long-term effects of Valium abuse can be permanent and life-threatening. They include:

People also don’t seem to realize the greater effect their Valium abuse may have on their life, in many different areas. People can lose their jobs due to their inability to perform, find themselves socially isolated and in financial trouble. They may even find themselves in trouble with the law chasing their habit. Though a Valium addiction may start with a valid prescription, tolerance quickly builds often requiring more pills than prescribed. This leads people to buying Valium illegally on the streets, or turning to cheaper illegal drugs such as heroin.

Purchasing any drugs on streets and other unauthorized sources is against the law, as well as poses serious health risks.

Mixing Valium with other Substances

In their quest for a Valium high, people may often mix Valium with other substances, most commonly alcohol or opioids (such as heroin or prescription pain medication). Though a Valium overdose is not likely to be deadly on its own, it can often be lethal when mixed.

Combining Valium with other drugs increases the risk of dangerous side effects and overdose.

Even with normal use, anyone can experience side effects when they stop taking Valium. The longer someone has taken the drug the stronger the withdrawal symptoms may be. These symptoms are to be expected when quitting pretty much any benzodiazepine medication. The problem begins when frequent and heavy users stop using Valium suddenly. If one is addicted to Valium, medical supervision is advised while stopping use. The addicts may experience withdrawal symptoms such as:

The withdrawal symptoms can be extremely difficult, and addicts left to their own devices often give up on their efforts and choose to return to their Valium high rather than fight through. With the right medical assistance and guidance, it is possible to stabilize and minimize the symptoms.

Valium is commonly given as a sedative for some health conditions. This drug has a higher abuse liability. Therefore, one should take precautions so as not to fall prey to the feelings or cravings for a high.
Addiction is a chronic disorder that requires a group effort from family, friends and concerned healthcare experts. A mix of medications and a strong support system often works wonders to help one live a drug-free life.
Addiction centers have a skilled team dedicated to giving all kinds of necessary services to help patients get back to normal life. The team spans of well trained and able physicians, counselors, psychologists, psychiatrists, and auxiliary health care professionals. They all work together to design addiction treatment plans that are specific to the personal needs.
Experts in addiction can provide the right guidance to help patients cope with addiction or withdrawal. If there are any queries about high left, take help from experts nearby. Click here for more.