The Risks of Using Valium While Pregnant

Every expecting mother must consider health hazards for both herself and the baby. For example, woman may use certain medications when not pregnant to improve her quality of life that become dangerous to both her and the baby throughout the three trimesters. This includes using Valium during pregnancy.
This can be problematic for women using Valium to treat anxiety or panic disorder, as the prospect of parenthood and pregnancy hormones can cause both conditions to flare up. While this may make some women consider taking Valium while pregnant, it is not advisable. Can one gives Valium to a baby by taking it during gestation? The answer is yes, and it is important that pregnant women understand the dangers involved with Valium use.

The Effects of Diazepam on an Unborn Baby

The FDA has created a classification system for medications that indicates how great the risk is when taking a given medication while pregnant. There are five categories: A, B, C, D, and X. Valium, or generically, diazepam, is a Category D drug, which is the second most dangerous category of drugs for expecting women to take, which means there are connections between Valium and pregnancy birth defects.
The definition of Category D drugs is as follows: Human-based studies indicate the risk to the fetus. However, the potential benefits may outweigh the risks, allowing doctors to choose to use the medication during treatment.
What this means is in some cases, the doctors attending to the pregnant mother may feel it is better for her to take diazepam during pregnancy and risk harm to the fetus than to forgo the use of Valium completely—however, the dangers are there and are supported by evidence-based research. It is important to note that the mother should not make this decision on her own—only with the guidance of trained medical professionals.
Even in such cases where doctors suggest the pregnant mother continue taking the diazepam, it is not for long-term use or at high doses. In general, it is only used at the lowest possible dose to treat sudden and severe panic or anxiety. When the mother is addicted to diazepam, doctors tend to continue use while slowly lowering the dose to prevent stress on both mother and child due to Valium withdrawal.
Even if doctors suggest a pregnant woman continue taking the medication, it is important to understand that Valium will affect an unborn baby. The effects include:

Is There a Safe Limit to Use Valium During Pregnancy?

While we have established that the risks of taking Valium while pregnant are great, many expectant mothers wonder: is Valium safe during pregnancy when taken at a safe limit? The answer is no because there is no safe limit for using diazepam while pregnant.
The hazards are considered most significant when diazepam is taken in the first trimester, when taken in large doses, and when taken for the long term. With this said, this does not mean the medication is safe if taken in the later trimesters, in smaller Valium dosage, or on an as-needed basis—just that the dangers have been demonstrated to be lower. For example, use of benzodiazepines, the class of drugs Valium belongs to, in the first trimester has been associated with a 5% risk of major oral malformations, including oral cleft; the risk lowers in later trimesters but is not eliminated.
In the third trimester, the risk of neonatal withdrawal syndrome occurring after birth develops, and this can be riskier than many of the problems that can arise during gestation, asserting that first-trimester use is the riskiest suspect. Neonatal withdrawal syndrome can lead to an inability to sleep, physical pain, decreased respiratory function, and even death. This means that the use of diazepam in pregnancy is dangerous at any stage.
Can a woman takes Valium while pregnant? Yes, and doctors may even suggest it, but there is no way to take it without risking the health of the unborn child.

The Risks of Diazepam Use to the Pregnant Women 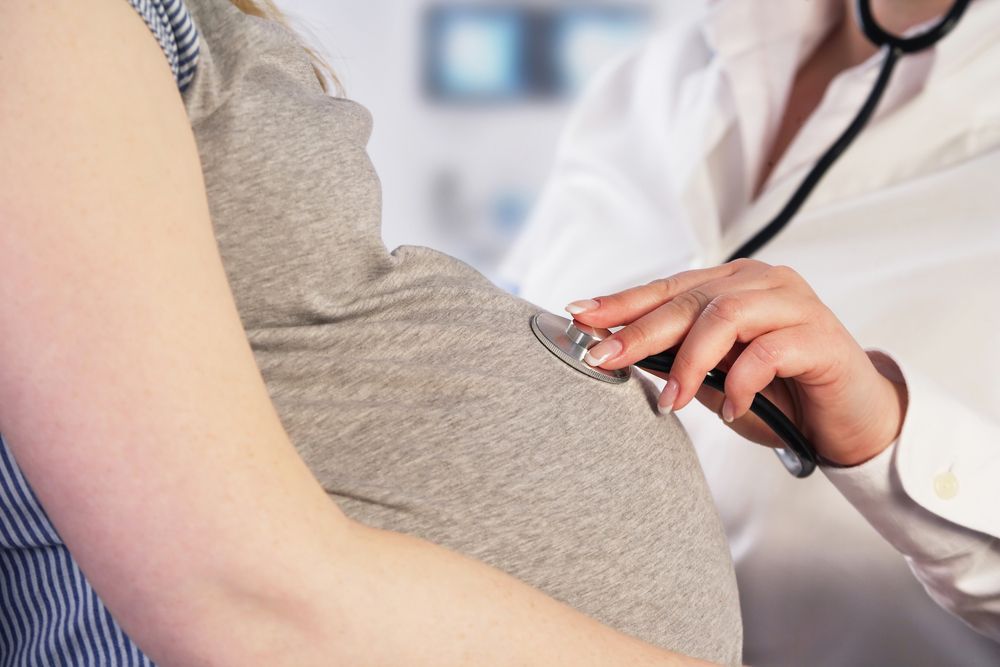 Even when not pregnant, diazepam presents risks. Because pregnancy changes everything in the body, from the stability of ligaments to the size of arteries, the risks to the user increase while pregnant. This means that taking Valium during pregnancy isn’t just risky to the fetus, but to the mother as well.
When does Valium affect pregnancy? It can impact the pregnant woman right from the start. For example, diazepam can cause nausea and vomiting; this can make standard morning sickness much worse, leading to dehydration and hospitalization. For pregnant women, severe risks can develop from such a condition.
While the risks of Valium and pregnancy first-trimester use are considered the worst for the baby—which is debatable—the risks to the mother are present throughout all three trimesters. Some common side effects of Diazepam that can become worse when pregnant are:

Valium Is Best Avoided When Pregnant

Due to the significant risks, use of Valium while pregnant is not advisable. Even when suggested by a doctor, it is important for the patient to weight the risks and benefits themselves before commencing with treatment. For those using the drug and then becoming pregnant, it is suggested that use of Valium during pregnancy be discontinued under the guidance of a doctor as soon as the woman is aware of being pregnant.