Trazodone is an antidepressant medication which can cause weight changes as a side effect, as also stated in the prescribing information. Trazodone causes weight gain or weight loss depending on each individual.
Weight changes are usually overlooked by clinicians because they focus more on the metabolic effects of the medication, but many of the FDA approved drugs have included on the package inserts this side effect and so does the Trazodone generic.

Does Trazodone Cause Weight Gain?

Trazodone can cause weight gain or weight loss, and this can happen in several different ways. When it comes to Trazodone classification, this antidepressant is from the drug class which is called serotonin modulators, which means that it increases the levels of serotonin, a natural brain chemical responsible for maintaining mental balance.
Both Trazodone weight gain or loss are reported side effects, but the patients should be aware that this should not make them abruptly stop medication or change the dose. A visit to the doctor is necessary to see if a dose change is needed or another drug to be prescribed. Even taking Trazodone for pain for an extended period might have the same effects.

Like any other antidepressant, Trazodone comes with its side effects and weight gain is one of them. There is no scientific evidence on how Trazodone and weight change are connected, but the cause might be the variety of pharmacologic effects and biochemical mechanisms of the drug.
There are many factors that can lead to gaining extra pounds while on Trazodone and these include changes in appetite, fat storage, sedation or a slowed metabolism to mention a few.

Trazodone can increase the appetite of the patient. Because loss of appetite is a usual symptom of depression, once the condition is relieved, the patient’s taste is also restored, therefore gradually putting on weight is possible. Other patients might experience cravings for specific types of food, such as carbohydrates or fat. 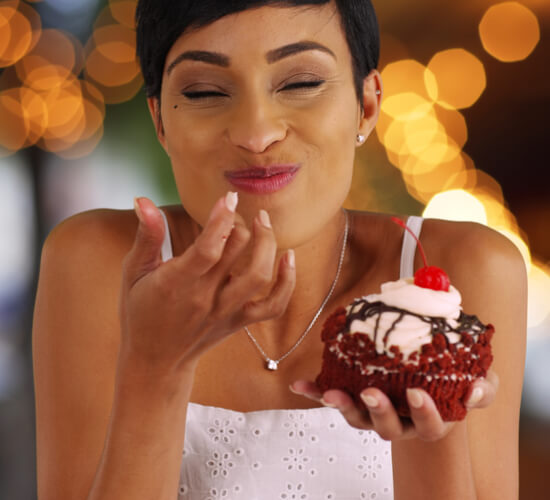 Some patients have reported they craved carbs while on treatment. This might be possible because the drug acts as a reuptake inhibitor and serotonin antagonist who might increase carbohydrate cravings, such as junk food, sugary food or pasta.

The drug might alter the body’s fat-storage mechanism, therefore disrupt the body’s homeostatic processes, resulting in more fat storage than before the treatment.

Any other medication is taken while on Trazodone medication could interact synergistically and amplify a particular side effect such as getting heavier.

Depression might affect taste and make people think that food is not tasty. Once on the treatment, patients usually experience an improvement in taste, leasing them to eat more and seek out food. Improved taste coupled with increased appetite indeed leads to gaining extra pounds.

The drug can cause hormone changes especially when taken for an extended duration. Although the changes can be gradual and subtle, they can still affect the weight.

Trazodone is a relatively sedating antidepressant, usually prescribed for insomnia. The sedation level might be responsible for the patient getting heavier. Being sedated the patient is less likely to exercise, leading to a slower metabolism.

Some patients experience a drop in motivation due to Trazodone, although their insomnia or physics improves. This is the drug’s effect on the nervous system. No motivation means no working out and unwillingness to eat healthily.

Other side effects of this drug are fatigue, sleepiness and feeling tired. Those who experience these symptoms will not be able to get enough exercise, also experiencing the drug-induced lethargy. 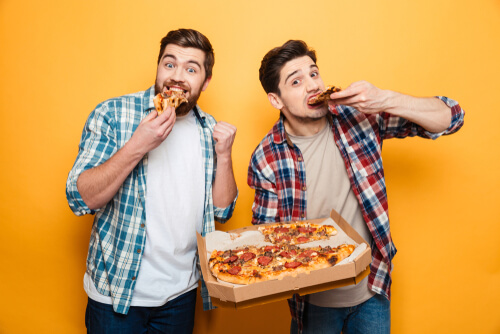 Once the drug starts to function, depression is alleviated, and the patient is more likely to be part of social activities such as going out and eat with friends. Without even realizing it, the individual is eating more, larger portions and maybe unhealthy food. The increase in social eating will also lead to an increase in mass.

Many antidepressants also slow down metabolism, so no matter how healthy the patient is eating and how much one exercise, they could still experience a gain in weight.

How Much Weight Do People Gain On Trazodone?

No one can say precisely how much weight patients on Trazodone gain during the treatment. A study made on Trazodone showed that patients gained about1.2-lb within the first six weeks of treatment.
Although it might not seem a striking gain, taking the drug for a long time will also increase the chances of body mass increase. Trazodone weight gain is mainly caused by the sedating effect and the urge to eat more while on treatment.

There are many factors that influence mass gain at patients on Trazodone, such as dosage, duration of the treatment, genetics, habits or if another medication is taken concomitantly.

Trazodone includes tablets with immediate and extended release. No matter which variation of the drug the patient is taking, a higher dose increases the chances of getting heavier. Usually, the starting dose of the immediate release tablets is 150 mg per day in divided doses and for the extended release is 150 mg taken once daily.
Someone who takes 150 mg divided into several doses is less likely to gain extra pounds compared to someone who takes 150 mg at once. Each time the patient has to increase the dose, they also increase the likelihood of reaching a pounds gain. Double the dose, double the chances to put on extra pounds.
When a high dose is taken at once, there is more control of the drug over the neurochemistry and physiological functioning. This means that the body has difficulty in maintaining a normal appetite and healthy metabolism.

Individual factors such as dietary intake, stress level, overall lifestyle, genetics, baseline metabolism, physiology and exercise habits also have an essential role when it comes to Trazodone and weight gain. The patient should evaluate these factors and if exercising was stopped, the level of stress has increased, or the dietary intake has changed since taking Trazodone. Many patients put the full blame on the medication, without paying attention to these factors.

The duration of the treatment is also essential. Patients who have been taking Trazodone medication for an extended period, such as several years, are more likely to see a rise in pounds. Taking the pill for so long gives the drug more influence over the person’s psychology, which in time becomes more altered because of the drug. Therefore, the longer the treatment period, the higher the risk of alterations.
Also, individuals who are on Trazodone for a long time usually end up increasing the dosage due to tolerance to a lower dose. As mentioned before, increasing the dosage and the drug-induced physiological alterations, lead to weight gain.

Does Trazodone Cause Weight Loss?

The effect of Trazodone on the patient’s body mass cannot be predicted. In some patients, the drug causes fat loss and not fat gain. A study showed that 5.7 percent of 157 people who have been part of the study had lost weight while on Trazodone. 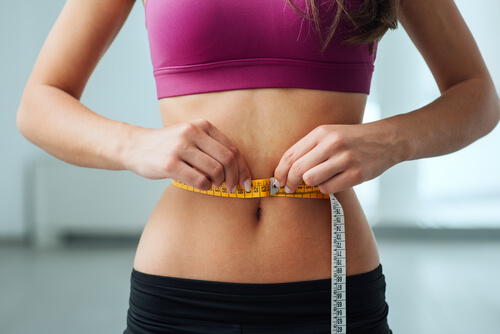 At some patients losing weight is temporary and will eventually lead to getting heavier if the treatment extends over several months or years. There are several theories on Trazodone and weight loss.
Some people see eating as a solution to coping with the depression, but once the condition is relieved the regular eating pattern is regained, and gradual mass loss becomes apparent.
In some patients, the drug causes gastrointestinal side effects such as nausea, diarrhea, and loss of appetite. These symptoms will inevitably lead to weight loss, but fortunately, these side effects usually resolve over time.
Some individuals use this drug specifically for its possible mass loss effects tending to reach a Trazodone overdose, doing more harm than good.

How To Control Weight On Trazodone?

Knowing beforehand that weight change is a potential side effect of Trazodone, the patient can make better choices when it comes to exercise and meals. Here are some of the options a patient has to prevent any changes in weight during the time of the treatment:

If the current condition of the patient allows it, training is an excellent way to avoid any weight changes and to maintain overall health. Activity does not have to be intensive to show results. Walking or light yoga does not imply much effort, but still improve health and mood and keep the patient mobilized.

Food cravings can be a side effect of Trazodone but giving in to sugar or carbs will make the situation worse. The patient should have proper portions of carbohydrates, proteins and good fats that include fish, lean meat, olive oil, canola oil, beans, fruits, vegetables, and whole grains.

In some patients, the appetite might increase while on Trazodone so instead of eating more, the patient should have smaller, more frequent meals. This will make the patient feel like consuming more calories because there is little time between meals to feel hungry.

In some cases, no matter what the patient might do, the mass changes still happen. Sometimes, talking to a doctor and changing the drug might be the solution. Usually, there are alternative treatment protocols or medicines, with the same effect on depression without influencing the patient’s weight.
Although gaining or losing some pounds is perfectly reasonable on antidepressant treatment, uncontrolled or sudden weight changes may signal other medical conditions and the patient should consult with their health provider. Switching medication may offer the proper symptom control avoiding the mass change issue.
If switching medications is impossible due to the developed dependence on the drug, substance abuse treatment is required. The trained professionals from drug addiction centers can help the patients overcome the dependence on this medication.