Trazodone is an antidepressant that has been in use since the early 1980s. Is Trazodone a narcotic? No, it is a serotonin modulator that works by controlling the levels of this neurotransmitter in the brain. Like most drugs, the use of this medication is associated with some side effects. What are the common and not-so-common side effects of Trazodone?
What can a person who is prescribed the drug expect in terms of side effects? Does Trazodone make you sleepy? Can the use of this drug cause increased anxiety? Let’s find out what to expect when using this medication and how to use it safely.

Side Effects Of Trazodone: The Most Common Symptoms

Trazodone is used to treat depression and other mental health conditions such as panic attacks, anxiety, insomnia, and schizophrenia. As with any drug, it can cause many unwanted symptoms. Does Trazodone cause constipation? Common Trazodone 50 mg side effects include:

The side effects mentioned above can occur with Trazodone 100 mg as well as higher and lower doses. These symptoms are most likely during initial treatment with the drug and after dosage adjustment. It is recommended to check with the prescribing physician for additional instructions if any of these unwanted symptoms occur.

Some of the less common short- and long term effects of Trazodone include:

Interestingly, with Trazodone sleep apnea may improve.
Can Trazodone cause weight gain? One of the side effects of the drug is an increase in appetite, so it is possible, but weight gain does not occur very often. Oleptro may have the most favorable weight profile among antidepressants, and it may cause a small amount of weight loss.
It is worth remembering that lower doses are typically used to treat depression in the geriatric population as they are more sensitive to this medication. Therefore, Trazodone side effect elderly need to be carefully monitored.

Some Trazodone side effects are serious and require immediate medical attention. It is important to call the prescribing doctor right away if the following are present:

One of the most severe complications of serotonin modulators is what is known as serotonin syndrome, which can begin within hours of taking the medication. Signs and symptoms include high fever, confusion, restlessness, agitation, and migraine. The person may exhibit dilated pupils and heavy sweating. Tremors, twitching, shivering, and hallucinations may be present. Trazodone blood pressure changes and temperature variation may be noted. In such cases, it is imperative to contact the doctor immediately and get emergency medical help.

Signs Of Desyrel Intolerance Or Allergy

Besides Trazodone long term side effects, intolerance and allergic reactions to the medication can occur. Serious allergic reactions to Oleptro or generic formulations of the drug are not common. However, it is important to seek immediate medical attention if signs and symptoms of an allergic reaction are present, including swelling, trouble breathing, rash, itching, or severe dizziness.

Oleptro Black Box Warnings: What To Watch Out For

Trazodone 50 mg for sleep side effects may be nothing more than minor signs and symptoms, but the drug can cause more serious problems. The FDA has issued a black box warning because this medicine can lead to an increased risk of becoming suicidal. This risk is highest when treatment is first started or when the dose is adjusted. The risk is also higher in young adults under the age of 24. In some people, the drug leads to an initial worsening of depression before it kicks in and improves depression symptoms. Because of the black box warning, it is essential to watch out for symptoms such as irritability, aggression, restlessness, worrying, and suicidal thoughts when someone is taking serotonin modulators. 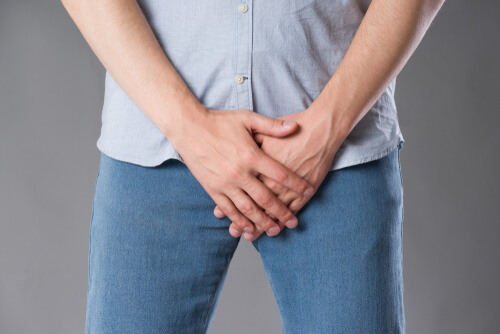 In addition to poor libido and ejaculation problems, the use of Oleptro can lead to more serious sexual side effects. Trazodone priapism is a rare condition which consists of an abnormal erection that is prolonged and painful. It is believed that the medication causes the veins in the penis to become narrow, preventing the extra blood from flowing out and leading to an erection that persists despite ejaculation. This is a urologic emergency and can lead to permanent damage if left untreated. Early intervention in an emergency room is highly recommended if priapism occurs.

One of the most critical factors that have an impact on the emergence of side effects is age. As noted by the black box warning, young adults are susceptible to suicidal tendencies. Elderly patients may be more sensitive to Trazodone side effects. Gender and race also play a role. Genetic predisposition can affect the severity of side effects.
The use of other medications along with Desyrel or Oleptro may affect how they work. Some of the drugs with Trazodone interactions include blood thinners such as Coumadin, SSRI antidepressants such as Prozac, water pills, and cold and allergy medications. Side effects of Trazodone include drowsiness and dizziness. Therefore, it is important not to mix the drug with alcohol as this may make these symptoms more severe.

The medication should be taken with a light snack or after a meal. Of course, it is important to follow the instructions carefully and take the dose as prescribed. Common side effects of Trazodone become less severe or go away once the body gets used to the medication, but if they continue to be bothersome, it’s a good idea to consult the prescribing physician. A lower dose may be prescribed to reduce or prevent the symptoms. However, Trazodone withdrawal may occur if the medication is stopped suddenly, with symptoms such as dizziness, agitation, and irritability, so this should only be done under medical advice.
Drug addiction, although not a side effect in the general understanding of this term, may also do harm. The Trazodone abuse can be treated by the medical professionals. Reach out for help and get referral to the addiction rehab facility nearby.