Opioids Interactions: Can Opioids And Benzodiazepines Be Taken?

Opioids are known to interact with dozens of other drugs and substances. Drug tests often show that patients are mixing them with other medications to elevate the drug effect, but instead, it results in various adverse reactions much more often. For example, opioids and benzodiazepines are two different kinds of medication which can cause severe interactions when taken together. They can cause opioids overdose symptoms and severe side effects which can even be fatal. Read further to find about the opioids and benzodiazepines interactions, as well as hallucinogens, depressants, stimulants, and other substances.

What do opioids do? They are a class of pain relief medication that is used to treat severe pain. Opioid mechanism of action comprises exogenous opioids attaching with the receptors in the body and reducing the release of pain signals to reach the brain. Benzodiazepines are prescribed to treat anxiety, muscle spasms, and seizures. Both benzodiazepines and opioids provide a relaxing and sedative effect by inducing relaxation in the central nervous system.
When benzos and opioids are taken together, the risk of overdose increases. Users tend to take both of these medications together as the effect of pain relief is enhanced when combined with benzodiazepines. One of the most common risks associated with mixing opioids and benzodiazepines is an increased sedation and unconsciousness. This can even cause users to slip into a coma. Both of these medicines depress breathing which can reduce the supply of oxygen to the brain. This can adversely affect the vital organs in the body as well as a result in brain damage or even death. The combination with benzodiazepines also causes an increase in other adverse reactions, including constipation which would require an opioid constipation medication.

Doctors usually do not prescribe benzodiazepines to patients on pain relieving medications to prevent any adverse interaction. An opioid drug test can be conducted to detect the amount of medication in the body before prescribing any other medicine which may interact with it.

The Interactions Of Opioids And Depressants

Depressants are prescribed for insomnia, anxiety, hypertension, and seizures. They include sedatives, barbiturates, and tranquilizers. Opioids belong to a highly addictive set of drugs which can cause dependence and tolerance with prolonged use. When individuals develop a tolerance to them, they may take other substances to enhance the effect. However, when combined with depressants, the risk of overdose dramatically increases. The typical opioid addiction signs and symptoms worsen when it is combined with depressants. 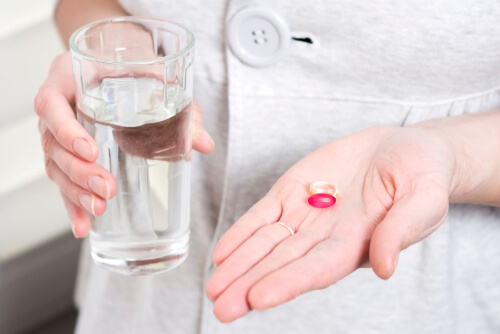 Risks associated with this kind of drug mixing include breathing problems, confusion, unconsciousness, and coma.

Stimulants are a class of drugs which temporarily increase one’s alertness, wakefulness, and energy. In the case of narcotic vs. opioid, being a subclass of narcotics can cause depression, fatigue, and sedation as a side effect. Some of these typical adverse reactions can be reduced when it is combined with a correctly calculated dose of a stimulant. Patients report less lethargy and fatigue when stimulants are taken together. According to this study about the Simultaneous Use of Stimulants and Opioids, stimulants could be used to prevent painkillers complications and to maximize pain relief.

However, the correct dosage of stimulants is necessary to ensure that it causes favorable effects. Only a medical doctor can determine the condition when this combination has to be taken and  the correct dosage.

An opioid equivalency chart can be used to determine the correct dosage of painkillers and the corresponding stimulant dosage to be taken to enhance the pain relief effect.

Adderall is a type of prescription amphetamine stimulant which is combined to enhance the pan reliving effects and prevent specific undesirable side effects.

Since Adderall is a highly addictive drug which can easily be abused, a doctor should be asked before combining it with any other substance.

Caffeine is a central nervous system stimulant and belongs to the methylxanthine class of drugs. According to various studies carried out in the last few years, combining opioids and caffeine shows a remarkable enhancement of pain relief. Users report less sedation and respiratory depression along with increased energy and intellectual awakening when they are taken with caffeine. Unfortunately, these can’t be called a safe recommendation, because both substances are addictive and can be abused, if not taken in safe amounts.

Hallucinogens are psychoactive agents which cause distortions in one’s perceptions, hallucinations, and changes in thoughts and consciousness. Combining opioids and hallucinogens can result in adverse effects which may require immediate medical attention.

Ketamine is a type of hallucinogen which is used to induce and maintain general anesthesia. They may be used in low doses to manage severe pain in cancer patients as described in medical studies.

However, with prolonged use and higher doses, it can increase drug dependence in patients. It can also increase the severity of the side effects such as dizziness, drowsiness, confusion, and other nervous system adverse reactions.

Anticonvulsant drugs are used for the treatment of epileptic seizures and bipolar disorder. When they are taken together, the combined effect can be sedating and can augment central nervous system depression which can pose a severe threat to the patient’s life.

Gabapentin is a type of anticonvulsant drug which has a major interactions with this kind of medication. Both these drugs have been shown to suppress breathing. Opioids can also cause an increase in the amount of Gabapentin absorbed by the body. This can lead to further suppressing of breathing which can even be fatal.

Immediate medical attention should be sought if gabapentin and opioids are combined.

Muscle relaxers are prescribed to treat muscle spasms, pain, and spasticity. They work in the brain and spinal cord to block or reduce the excessively stimulated nerve pathways. When muscle relaxant pain relievers and opioids are combined, it can increase the risk of overdose as well as the severity of side effects.

The Interactions With Other Substances

Individuals on pain relieving treatment often mix it with other substances to enhance the effect. This kind of mixing often results in undesirable and serious effects which can even prove to be fatal. It is recommended to seek addiction treatment for opioids if such behavior patterns were noticed. Some of these interactions are listed below.

Mixing alcohol and opioids can cause Serotonin Syndrome. This syndrome is characterized by an increase in the amount of serotonin in the body and causes confusion, increased heart rate, and agitation. 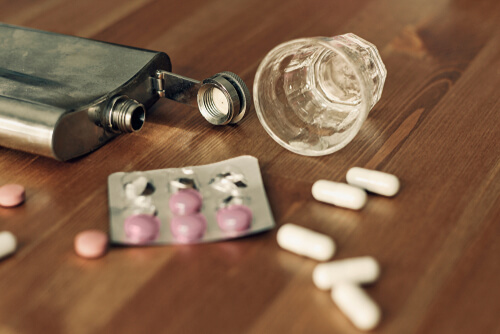 This mix can also lead to severe effects such as seizures and tachycardia.

Opioids and Marijuana and CBD

Marijuana has been used for medicinal purposes for many years as an effective pain reliever. Similarly, CBD has also been legalized in many states to be used for pain relief. Marijuana and opioids as well as CBD and opioids, when combined, may enhance pain relief properties but only when used in controlled doses for the short term.
According to the study, the use of CBD or marijuana may help in enhancing the effects of this medication on a low dose. The cannabinoid-opioid interaction in chronic pain has been proven to be effective in offering pain relief. However, when considering CBD vs. Opioids, CBD may act as a companion drug as well as substitution for them to decrease addiction risks.

Absence of proper opioid prescription rules, ignoring the dosing schedule, and mixing them with other drugs has led to addiction in which thousands of individuals. Thousands of people die each year as a result of an overdose.
When used for the short term and in controlled doses, the risk of dependence greatly reduces. However, when they are combined with other substances, it increases the associated risks and becomes a deadly combination which should be avoided at all costs. According to the new opioid law, prescriptions should be limited to just a few days. Also, doctors and other healthcare professionals should exercise extreme caution when prescribing them with other drugs.

If abuse of these drugs is noticed in a loved one, seeking addiction treatment programs is required. Medical detoxification is commonly recommended as an initial stage of rehabilitation. Further treatment at a rehabilitation facility includes several therapies which help patients to achieve sobriety.