Naproxen Interactions – Is It Safe To Mix Naproxen And Alcohol?

The concomitant use of Aleve with other drugs can result in a variety of Naprosyn interactions. Patients must be aware of the various Naprosyn drug interactions, such as Naproxen and alcohol, as well as with common drugs such as Ibuprofen, Tylenol, Acetaminophen, etc. This article serves as an informational guide about different Naproxen interactions and the side effects the drug induces during the interaction.

Aleve (brand name for Naproxen) is a non-steroidal anti-inflammatory drug (NSAID) used as a pain reliever during muscle and joint aches. Mixing Aleve and alcohol is generally unsafe and leads to a dangerous interaction. 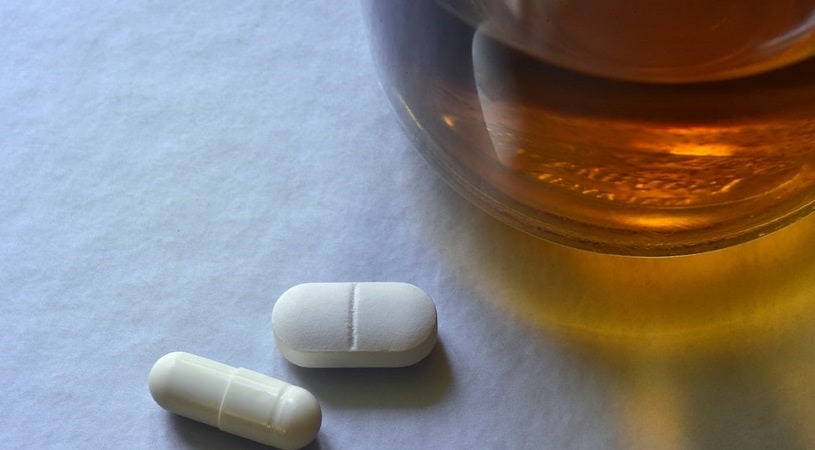 Combining Aleve and alcohol can pose a great risk of death from gastrointestinal bleeding.

Patients Who Simultaneously Abuse Alcohol and This Medicine Are Susceptible to Such Side Effects As:

People taking non-steroidal anti-inflammatory drugs (NSAIDs), such as Naprosyn, must be aware of the risks of its concomitant use with other medications. Moreover, users might have a higher risk of having a stroke or a heart attack. Therefore one should be extremely cautious about one’s health and consult with a doctor before combining Aleve with other drugs.

Ibuprofen, mostly referred to as Advil, is also an NSAID. Naproxen and Ibuprofen both work in the same way―by reducing prostaglandins’ presence in the system. However, their duration of action differs. 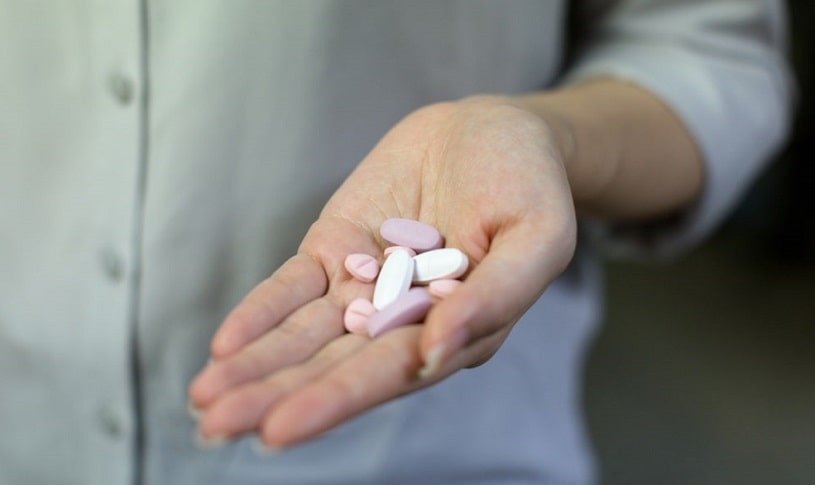 Consuming Naproxen and Ibuprofen together is very harmful and can lead to severe side effects. Since both drugs basically do the same thing, patients expose themselves to severe NSAID side effects if used together.

Some Of these Side Effects Include:

Can You Take Naproxen With Tylenol?

Depending on the degree of pain and purpose of use, it is considered safe to combine Naproxen and Tylenol. However, patients must ensure not to abuse this combination. 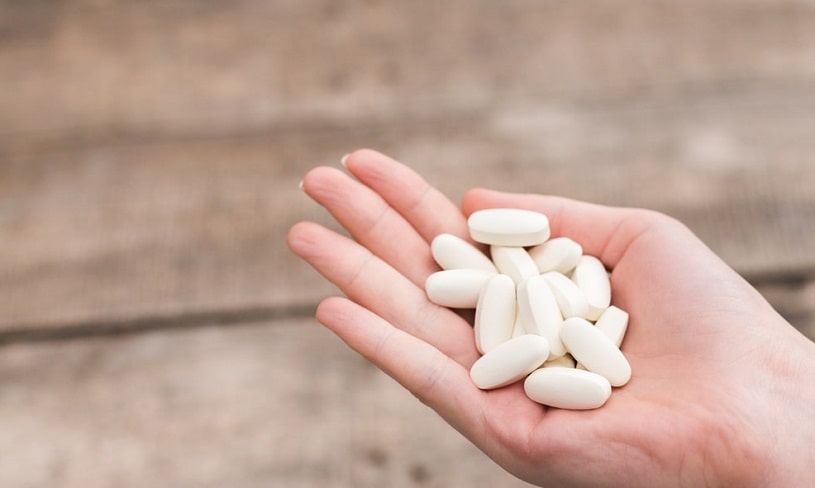 Due to their differences in dosing routine, both drugs can only be consumed twice in 24 hours. Taking low doses of Naprosyn with Tylenol will provide significant pain relief.

Patients May Experience Any Of these Symptoms As a Result If Interaction:

Can You Mix Gabapentin and Naproxen?

The concomitant use of Aleve and Gabapentin can lead to some serious interaction. According to a report, combining both drugs can increase the amount of gabapentin absorbed in the body. Although an increase in Gabapentin in the system is less likely to cause adverse effects, extra caution is advised when using this combo to prevent overdose.

Each combination of medicine requires medical supervision. Only a medical professional has the right to assign drug combinations, review them, and cancel. In case one is experiencing adverse reactions due to the combination of meds – contact medical specialists immediately.

Some side effects that can be experienced when combining Gabapentin and Naproxen 500mg tablets.

While both Naproxen and Acetaminophen are used to relieve pain, they work differently and have overlapping side effects. However, for most people, the concomitant use of these medicines is generally safe for use, and patients are less likely to experience any interaction. In fact, alternating the intake of both drugs together can help reduce pain faster; however, patients should not take Naproxen or Acetaminophen for 10 days in a row.

Also, Overdosing On Both Drugs Can Lead to Some Side Effects, Which Include:

Based on current data and research, there is really no known interaction that would make the use of Naproxen and Xanax dangerous to one’s health. Notwithstanding, Patients May Experience Side Effects Such As:

Naproxen and Hydrocodone are considered safe to use together based on current research and data available. However, this doesn’t mean patients won’t experience some minor to major side effects. On a general note, it is advisable for patients to use low doses of Naproxen with Hydrocodone to prevent overdose.

Talk to Your Doctor Before Taking Naprosyn With Any Of the Following:

Aleve over the counter is a pain reliever with low chances of abuse, making it an efficient option for pain treatment. However, to avoid Aleve interactions, it is crucial for people always to follow the doctor’s prescription.

For someone already addicted to the medicine, enrolling in medical treatment for addicts in a rehab facility is the best solution. Rehabilitation centers provide healthcare services like counseling and treatment to prevent relapse and dependence.