Naproxen Side Effects, Overdose & Use In Pregnancy

Naproxen is safe and a popular choice when it comes to pain management or treating such conditions as arthritis. It is classified as a non-steroidal anti-inflammatory drug (NSAID) and sold over-the-counter or by prescription.

Side effects of Naproxen may manifest immediately or develop with increasing potential risk over time and depending on the Naproxen sodium dosage used. Moreover, Naproxen warnings should always be taken into account, as they can worsen the side effects. Though common Aleve side effects are transient and light in nature, some users may experience more severe reactions and even overdose.

Read further to know more information about Naproxen side effects, overdose symptoms, and use in pregnancy.

Short-Term Side Effects Of Naproxen

Commonly, not everyone who takes this drug experiences adverse reactions. However, it is not recommended to take Aleve with alcohol or on an empty stomach to minimize associated risks.

Following Are the Most Common Side Reactions:

Since Naproxen causes drowsiness, it is better to avoid performing activities that require mental acuity and alertness to minimize the risk of getting injured.

If any of these side effects appears, talk to your doctor, who will be able to provide you with information about alternative treatment.

Long-Term Use Naproxen Side Effects

The long-term use of the drug affects the body and its organs. It is vital to be informed about all the risks and receive medical consultation before using the medication. 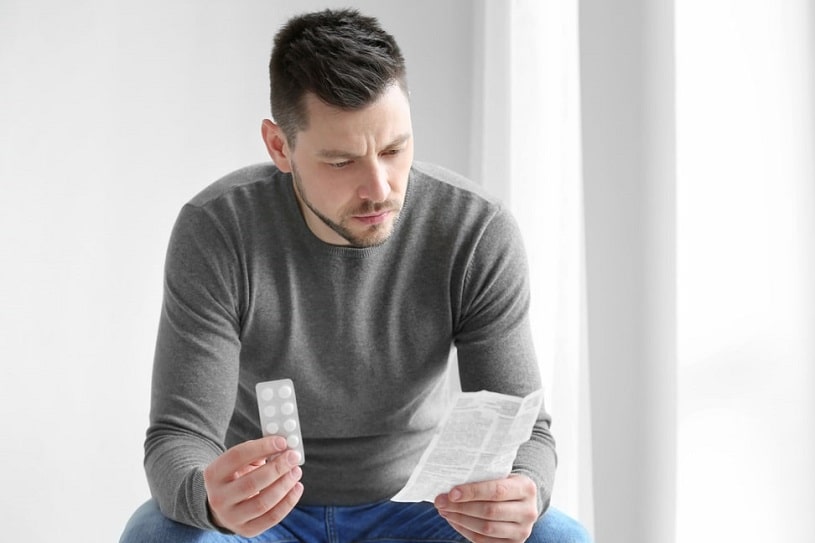 The study on differential blood pressure effects of different NSAIDs showed that Aleve causes hypertension in patients. There are two ways by which Naprosyn affects the renal system:

Both conditions increase a person’s risk of developing hypertension. 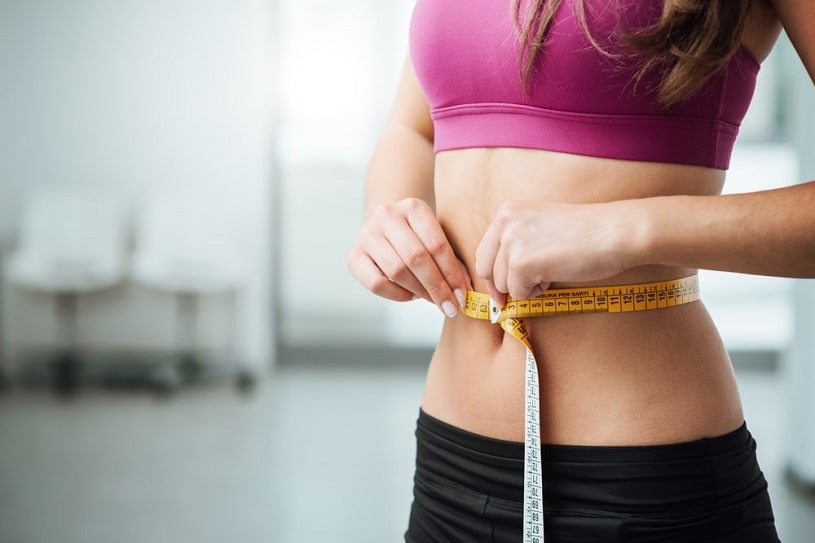 Another dangerous Napoxen side effect is bleeding. People who take anticoagulants and antiplatelet drugs intended to thin the blood to prevent blood clotting should not take Aleve. The concomitant use of these drugs elevates the possibility of such side effects as internal and external bleeding. Experts warn that taking NSAIDs and blood thinners together may adversely affect the body’s mechanism for forming blood clots. Moreover, abuse of high amounts of the medication may cause intestinal bleeding, most commonly in the digestive tract.

One of the possible Naproxen side effects is delaying the menstrual period. Naprosyn relieves pain by decreasing the amount of prostaglandin to deliver an anti-inflammatory effect. Prostaglandins trigger shedding of the uterine lining. At lower levels, they are also less available to trigger the start of a new menstrual cycle.

Intentional use of medicine for delaying the period is harmful to one’s health. It may cause undesired effects and negatively affect health.

Taking prescription levels of Naprosyn, for this reason, is discouraged because it increases a person’s risk for Naproxen sodium overdose. Besides, there are no guarantees that the menstrual cycle will be delayed, and, if it does, it will likely be delayed for just 2 days max.

It is also possible to develop an allergic reaction to Naproxen. It is Manifested With One or More Of the Following Symptoms:

When allergic reactions show – immediately stop taking the drug and see a doctor, make sure to discuss alternatives to Naproxen with the healthcare provider.

Concerning Aleve warnings and contraindications, any person living with specific conditions must seek approval from a qualified physician before taking any Aleve dose. Some health conditions can severely worsen Naproxen’s risks.

The List Of Naproxen Warnings and Contraindications that Limit the Drug’s Use Include:

Can You Take Aleve While Pregnant?

In general, the use of painkillers during pregnancy is a usual thing since future mothers experience painful sensations from time to time. At the same time, one out of 33 babies is born with one or more congenital defects. One of the factors that can significantly increase this risk is when the mother of the child is dosing on a particular type of medication that interacts negatively with pregnancy. 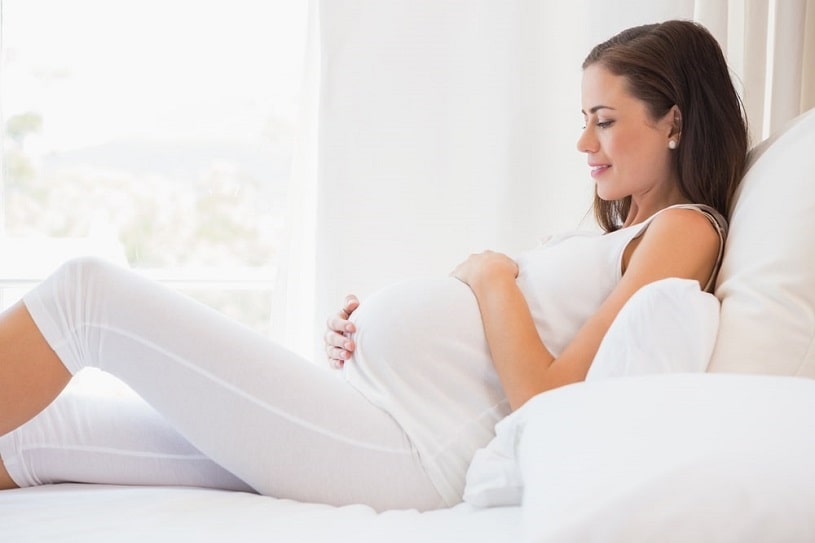 Before using an NSAID (a non-steroidal anti-inflammatory drug) like Naproxen during pregnancy, it is important to be properly informed about the effects of such drugs on the pregnancy at different stages.

For starters, Naproxen is unlikely to harm a baby in the womb if the pregnancy is still under 30 weeks. This means that one can safely use Naproxen during early pregnancy (within the first and second trimesters of pregnancy) and a couple of weeks after that. However, this does not suggest that one can take Naproxen sodium while pregnant at those stages without informing the doctor first. One may be suffering from a Naproxen allergy or some other dangerous health conditions that negatively interact with the drug, and only a health care provider would know the best way to deal with this. If Naproxen is used in the third trimester of pregnancy (especially after thirty weeks), one risks the following side effects:

Premature Closure Of the Ductus Arteriosus

During pregnancy, a blood vessel in the baby (called the ductus arteriosus) needs to remain open to receive oxygen and nutrients from the mother. This vessel normally closes after birth. In situations where it closes early, the condition is called a premature closure of the ductus arteriosus. If premature closure occurs, there is a chance of high blood pressure in the baby’s lungs.

PPHN refers to a situation where the lungs of the newborn baby are not developed properly enough to help it breathe normally outside the womb. It can be caused by the misuse of Naprosyn during pregnancy. It has been linked with the aforementioned side effect from premature closure of the ductus arteriosus. PPHN is a rare condition, but when it occurs, it is usually severe.

Additionally, using NSAIDs such as Naproxen during the third trimester of pregnancy can lead to low levels of amniotic fluids in the sac around the baby (a condition known as Oligohydramnios) or slow down labor.

Some studies have suggested that regular use of NSAIDs such as Aleve during pregnancy may increase the chances of a miscarriage. NSAIDs reduce prostaglandins in the body, and if they are used regularly over a long period of time, this prostaglandin reduction can cause a miscarriage. If the pregnant individual has only sparsely used Aleve during early pregnancy, there should be nothing to worry about, but a health care provider’s attention and advice should still be sought.

Safe Use of Aleve While Breastfeeding

There is limited information about the interactions between Naproxen and breastfeeding. Some studies show that Aleve is unlikely to negatively affect the baby when taken in small amounts for a short period of time. However, even though Naproxen only enters breast milk in small amounts, its relatively long half-life makes it potentially more dangerous for the baby’s health than other NSAIDs. This is because long-term use of the drug with a long half-life, such as Aleve during breastfeeding, may cause compounds from the medicine to transfer into the baby’s body and collect there. Hence, it is more advisable to use alternatives such as Ibuprofen with a shorter half-life. 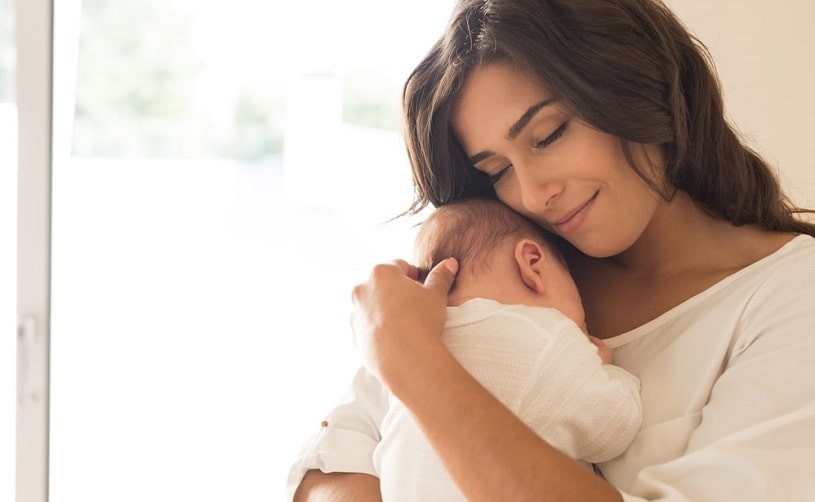 To minimize side effects from taking Aleve when breastfeeding, it is advisable to take the pills immediately after breastfeeding the baby to reduce concentration levels in the body before the next breastfeeding session.

Naproxen Overdose: Can One OD On Aleve?

Overdosing on Naproxen is not only detrimental to health but also potentially dangerous to one’s life. Individuals may overdose on Aleve either intentionally or accidentally. Despite its therapeutic benefits, severe Naproxen overdose may cause permanent and irreversible renal and liver damage and can be fatal. 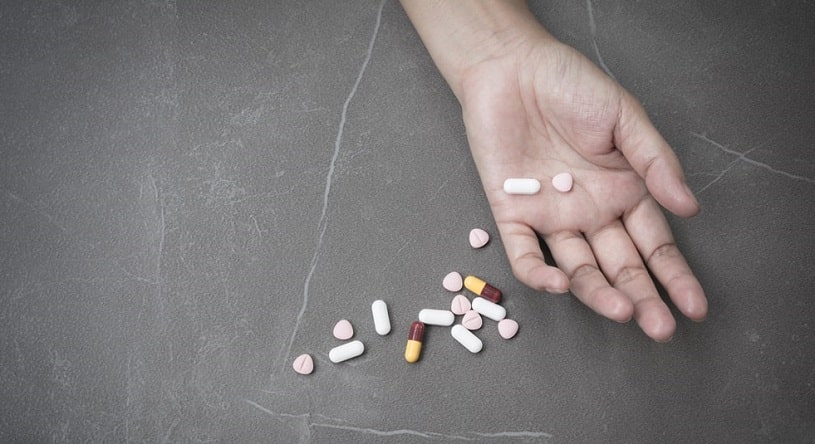 It is vital to practice caution during the course of treatment. Disregard of safety rules leads to accidental overdoses.

The typical oral dose includes Naproxen 550 mg twice daily. Taking anything more than that can lead to Naproxen overdose . However, the overdose amount for Aleve varies from one individual to another, depending upon age, body mass, and pre-existing health condition. There is a registered case of a person overdosing on Naprosyn after taking approximately 320 tablets of the drug.

Signs and Symptoms of Naprosyn Overdose

The Following Are the Clear Signs Of Aleve Overdose:

Management of acute Naprosyn overdose is predominantly supportive and symptomatic. However, there are things one can do in case of an overdose to avoid consequences.

When Naproxen causes a headache, which it is intended to relieve, and triggers other adverse outcomes, ask about alternatives. Naproxen side effects are not unusual, and, like any other drug, it can cause adverse outcomes too. One must be aware of Naproxen brand names so that it doesn’t cause confusion when a doctor prescribes a new medication.

People who develop a dependence or addiction to Aleve should not attempt to withdraw from the drug without proper medical attention. A rehab facility is the initial step in recovery from the addiction and overcoming the withdrawal symptoms. The specialized addiction treatment programs aim to resolve the initial cause of the addiction and fortify one’s mental strength to prevent possible relapse.