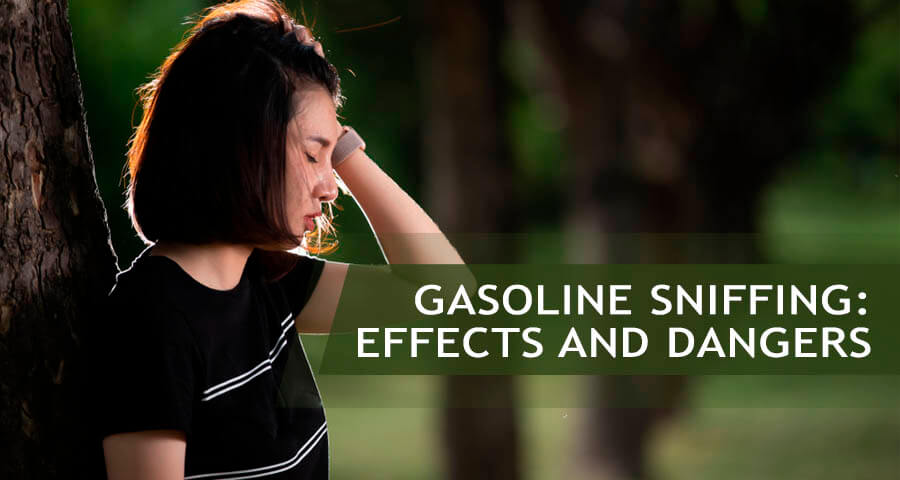 Gas sniffing often starts as an experiment or a temporary escape from everyday problems; however, this pattern of behavior often leads to addiction.
People who huff gasoline do so by putting a rag soaked in gas over their mouth or nose (huffing); collecting gas in a plastic bag and inhale it (bagging), or simply by sniffing it directly from the canister or a bottle (sniffing). Some users even drink alcohol along with their sniffing routine to enhance the effects of gas.

All the ways are extremely dangerous and may cause the irreversible damage to health.

Once a person inhales the gasoline, it enters their lungs and then blood stream, through which all the dangerous substances are being transferred to the brain and other organs.

The effects of gasoline sniffing include slow reflexes, hallucinations, dizziness, nausea, vomiting, speech problems, extroversion, and coughing. Due to high levels of hydrocarbons, gasoline acts as a central nervous system suppressant. Another dangerous ingredient in gasoline is lead, which induces hallucinations. A gasoline “high” will begin 1-5 minutes after huffing gasoline.

From a social perspective, gasoline sniffing affects one’s relationships as well; due to their dependency on toxic fumes, a gasoline abuser is not able to maintain their social interactions or perform well at work. Furthermore, negative behavioral patterns may surface such as exhaustion, aggressive demeanor, and paranoia, which can lead to unemployment and consequently, financial problems.

Needless to say, abstaining from huffing gasoline completely is the only solution for a person addicted to gasoline. Treatment and recovery are based on building a strong support system.
The user has to commit to the cause and change their life completely. This includes finding new ways to cope with everyday problems.
Most gasoline abusers as well as people huffing other household liquids are people from lower socioeconomic classes. According to studies, some gasoline sniffers have a history of alcohol or drug abuse, so gasoline, in essence, is their last resort. Finding a new and healthy coping mechanism can be a great challenge for users, as well as professionals who provide counseling. Building a strong support system is the key to a successful recovery.

Even after one quits sniffing, in some cases the damage on his/her organism is already done. That is why it is of paramount importance to recognize a gasoline abuse problem.
View Sources
Share: