How To Take Imodium: Loperamide Pills, Liquid, And Tabletes

Imodium pills are the most common form the medication takes, including both gel capsules and tablets. However, this is not the only form Imodium can take. Here is what patients should know about the various methods of intake for Imodium.

When people think about what Imodium looks like, they tend to either think of tablets or gel caps—in essence, the pill forms of the medication. However, these are not the only forms Imodium A-D can take. The medication is available in the following forms: 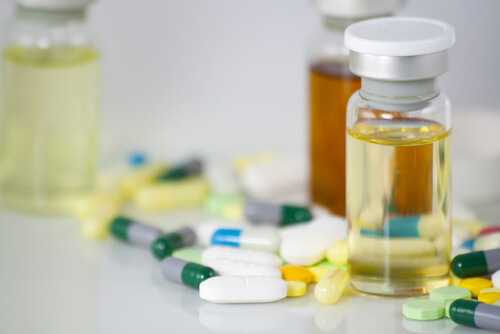 Each of these forms has a unique appearance and instructions for use. Patients need to be careful about the Imodium AD dosage they take, ensuring it is the right one for the type of the drug they are using.

Patients often end up partial to a particular form of the drug, either because they feel it affects them differently or because they think it is the easiest form to use. For example, those who prefer Imodium liquid solutions tend to feel it works faster than other formulations. Imodium chewables are generally used by those who cannot swallow pills. Still, Imodium tablets and capsules remain the most commonly used forms of the drug.

Imodium tablets are white, oblong, solid pills. The brand name drug is usually sold in blister packs, but generic versions are often packed in bottles. Certain formulations of these tablets can contain additional medications, which means that they are not suitable for all patients.

The majority of loperamide liquid options are formulated specifically for children between the ages of six and 11. These solutions are always a bluish-green color and come in various flavors, including mint and vanilla. Because the bottles for children’s and adult’s solutions look very similar to each other, parents must be very careful when using this medication on their children.

Chewable versions of the medication are rare to find in the United States. However, it can be purchased online. Called Imodium Instant Melts, it is a version of the medication that works for people who struggle to swallow pills and do not like the texture of liquid versions.

Loperamide gel capsules are just like tablets in terms of packaging and dosing. However, they are different in appearance, with a soft gel shell and a blue liquid inside. Some people prefer this type of pill because it goes down easily and the gel shell dissolves quickly, releasing the medicine faster than with tablets.

Despite Imodium is designed only for oral use, some people try to snort the drug. Users on forums report that snorting as much as four 2mg loperamide tablets provides high effect for up to 8 hours. In fact, this medication cannot get anyone high by snorting as it is absorbed in the gastrointestinal tract.

While some addicts may come up with a decision to inject loperamide intravenously, it is not a good idea as it may result in severe side effects, overdose, or even death. Any injections of the medication neither liquid Imodium no dissolved in the water tablets should not be considered at all.

Unlike other anti-diarrheal medications, there is no any drug formulation of loperamide for plugging it. In addition, there are no reports that opioid addicts use loperamide by plugging it rectally. Imodium AD direction does not include any other ways of intake different from taking the medication via the oral route. At best, the user will not experience any effects; at worst, severe irritation of the colon (large intestine) is expected. Thus, it is always important to adhere to the drug directions on the label.

This was of drug intake usually is used by addicts to deliver the medication of choice directly into the gastrointestinal tract. As a result, the effects such as high and related ones appear faster. There is no documented cases of loperamide use by parachuting. Its formula allows the drug to be quickly taken as an oral solution – Imodium capsules, tablets, or liquid.

The only approved method of loperamide intake is oral, that’s why it is vital that users take the drug correctly and do not abuse it or use loperamide as a withdrawal cure. Any other way of intake, including snorting, injection, plugging, or parachuting, are not recommended as they can lead to severe health complications. Moreover, there always is a possibility to start abusing the medication when taken improperly. If a patient is experiencing any unwanted side effects while using medication, it is critical to get a doctor’s consultation. In a case of abuse or misuse, drug rehabilitation centers are among the best options to undergo proper treatment. Remember: different formulas require different approaches, but the solution is only one – oral. Follow the instructions that come with the medication carefully to ensure the best results and the safest use.