Iboga trip reports suggest that ibogaine high is greatly different from the high produced by any other drug. Ibogaine trip is a spiritual experience for many people. Getting high on ibogaine can be enlightening, but it also requires scrupulous preparation to ensure a person’s safety.

Getting High On Ibogaine

Considering what ibogaine is, many people believe it is supposed to induce a high that is similar to other psychoactive substances. An ibogaine trip does produce psychedelic effects, but they lack the standard recreational attraction and are more therapeutic in nature. In fact, ibogaine trip reports suggest that this drug is rarely used by those who seek pleasure and thrill.
An ibogaine trip is mostly exploratory. A person gains the possibility to dive into their own consciousness, reaching deeper levels than it is possible with the majority of other psychedelics. This way, the high refers mainly to the feeling of hyperawareness, visions and possible hallucinations. It is also not uncommon to have a bad trip on iboga, especially if the individual is not prepared to face some personal issues. 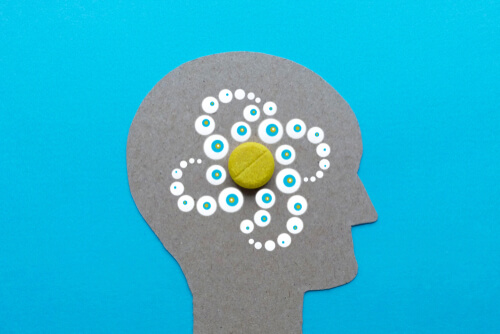 Ibogaine is an active component of iboga plant that comes as pills, capsules or a liquid solution. Unlike the plant itself, it is pure and doesn’t contain other compounds. This also allows to measure the dose more precisely and enables a person to take less of the drug to achieve the desired effect. Those looking for iboga for sale may wish to consider ibogaine first since an ibogaine trip is a more controlled and predictable experience.

An iboga trip is slightly different from the state that ibogaine induces. The latter is known to result in shorter trips, which might be convenient for some people. The plant, in its turn, results in less hyperactivity, allowing a person to come away from the experience in a more balanced mental state. Ibogaine trip reports also suggest that the recovery period after using ibogaine is also shorter compared to iboga.

Most psychedelic effects of the drug are highly subjective and depend on each person’s state of mind. The most common physical effects that complement the experience are spatial disorientation, dizziness, spontaneous sensations, and stimulation.

One of the best-known effects of the substance is iboga visions. They start at the beginning of the trip and last for approximately two hours. Visions experienced by the ibogaine users vary greatly. Due to the drug’s ability to induce introspection, ibogaine visions may be hard to explain, but they frequently originate in a person’s suppressed feelings or desires. Other effects include tactile and visual disconnection, heightened perception, time distortion, wakefulness and introspection.

An ibogaine trip is a psychedelic journey that a person embarks on after taking the drug. It is different from many other substances with similar effects as its main purpose is enabling a user to explore deeper levels of consciousness and find answers to their questions. An ibogaine trip occurs in three main stages.

Various ibogaine trip reports mark the beginning of the trip at different amounts of time after the consumption of the first dose. Depending on the form of iboga and individual characteristics of a person, the first stage usually starts within 1-2 hours after the ingestion. During this phase, visions and hallucinations may occur. A person remains awake and aware of their consciousness, but the feeling is that of lucid dreaming. This stage lasts approximately 4 to 8 hours. 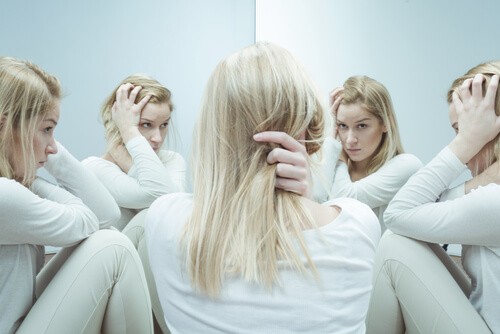 The second phase begins 4-8 hours after the ingestion. A person enters the stage of reflection and introspection. This is when the distinctive effects of the drug come into power. During this stage, the person contemplates their life, explores their sense of self, and gets to the root of any issues they might have. This stage of the ibogaine trip can last for up to 20 hours.

The third stage of the ibogaine trip begins 12 to 24 hours after the ingestion of the drug. It frequently lasts for as long as three days. A person can encounter sleep problems and fatigue during this stage, but reports generally describe it as a pleasant time of sharpened senses and increased awareness.
In addition, the state of heightened awareness lasts for days after the trip. Certain ibogaine trip reports claim that the window of introspection has lasted for several weeks. This allows the person to incorporate the new perspectives into their daily life and try out new approaches to issues they might have.

It is not recommended to experiment with ibogaine high to avoid any risks and dangers that may happen while or after such psychedelic experience. Abusing ibogaine may lead to dependence from the drug, which will require medical help.

Ibogaine ceremony is different from simply getting high on the drug. It is a complex experience that combines an ibogaine trip with traditional music, a special atmosphere and guidance from people who have been involved in conducting the ceremonies for decades. With many iboga trip reports indicating a high ibogaine treatment success rate, an increasing number of people are getting more and more interested in experiencing the ceremony for themselves.

Preparation To The Ceremony

A person should get their heart and liver checked before the ibogaine ceremony. Iboga is known to cause cardiotoxicity and to be life-threatening to healthy people, as well as patients with pre-existing heart or liver conditions.

It is recommended to stop consuming alcohol and any other psychoactive substances at least 2-3 days before the ceremony. It is also better to avoid foods and substances with stimulant properties, stress-inducing situations and heavy foods that put stress on the liver. In addition, ibogaine trip reports suggest that eating lighter meals for a couple of days before the ceremony helps achieve a more relaxed mental state.

Yoga, massage, and stretching can help prepare for a long period of lying still. Various vitamins, minerals and supplements can help support the liver and adrenals. However, it is crucial to avoid taking any medications and herbs at least 24 hours before the ceremony to exclude the possibility of drug interactions.

What Happens During The Ceremony

The ceremony typically starts in the evening and lasts for approximately 24 hours. Several doses of iboga are taken with a small period of time between them. As the drug builds up in a person’s system, they may start experiencing visions and hallucinations. Music and essential oils may be used to facilitate the experience. 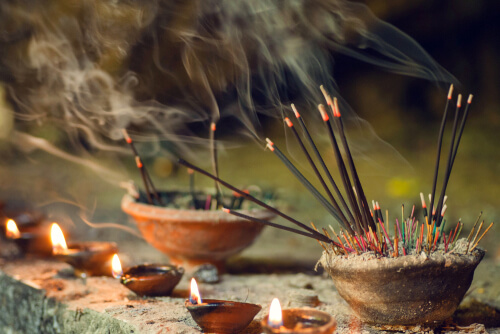 A shaman can guide the individual throughout all stages of the ibogaine trip, yet, guidance is not mandatory with this drug as it is with many other psychedelic substances.

People sometimes find themselves unable to sleep for as long as three days after they have taken ibogaine. The lack of sleep may result in fatigue and exhaustion, so a person is advised to rest after the ceremony. Spending time in nature, meditating or doing some yoga have all proved to exert a positive influence and help the person regain mental balance and maintain the newfound level of awareness after the iboga ceremony.

While ibogaine is used for treating drug addiction, it should not be used as a self-medication remedy.

Addicted patients always need to get consultation in the rehabilitation facilities first. There is a high chance that the suitable substance abuse treatment is available nearby. However, if a person opt to ibogaine trip, it should only occur in the presence of a professional who can provide emergency help as the ingestion of this drug is associated with a high risk of a heart attack and liver failure.