Dextromethorphan In Pregnancy And Breastfeeding: Is DXM Safe?

People often use dextromethorphan to treat cough, cold, or flu, as DXM is one of the most popular and available over-the-counter medications. But when it comes to pregnancy and breastfeeding, every substance that goes through a pregnant woman’s body can affect her and fetus. Even food substances or beverages may cause negative adverse reactions, and prescriptions or over-the-counter medications may be hazardous. So is DXM safe for pregnancy and breastfeeding patients?

The Safety Of Dextromethorphan During Pregnancy

There are no reports on the harmful effect on a parent or a baby when taking antitussives like dextromethorphan while pregnant. The lack of controlled data in human pregnancy makes it even harder to keep track of results in changes experienced when taking DXM. So, if patients are wondering if dextromethorphan is safe for pregnancy, they might be right as it will produce minimal or no dextromethorphan allergy.

Recent studies also have indicated that pregnant women do not have to worry about taking DXM during their pregnancy. According to the research done by the National Center for Biotechnology Information(NCBI) on the safety of DXM during pregnancy, they were able to ascertain the outcome in about 184 women. The study recorded live births, unpremeditated abortions, diagnostic abortion, and stillbirth. Most of the women used pure dextromethorphan during the first trimester of their pregnancy. The results of this research failed to show that the use of dextromethorphan during pregnancy increases and affects the rates of major malformations above the known baseline rate of 1-3%. 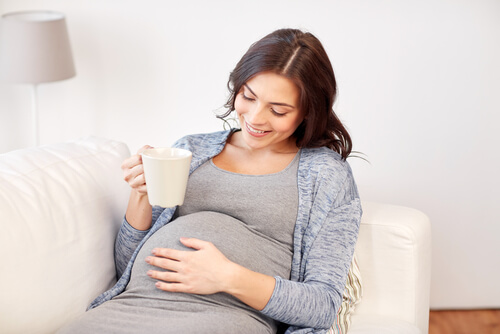 Pregnant mothers should always know that dextromethorphan medications may cause a DXM false positive urine drug screen, as it has some structural similarities with phencyclidine (PCP) and common opiates.

A 300 mg dextromethorphan can be psychologically addictive when misused and cause harm to the mother. It can cause visual distortions and loss of motor skills, which can be unfavorable to the pregnant mother. DXM tolerance timeline also increases with higher doses.

Effects Of DXM On A Fetus

Although due to dextromethorphan contraindications it can be found to be relatively safe to take while being pregnant, it is still crucial for women to keep an eye of what enters their body system during the pregnancy timeline. They have to know how much DXM it takes to overdose and cause harm both for mother and fetus. Taking DXM as directed will not cause congenital disabilities, such as heart disease and Down syndrome, in the fetus.

It’s important to know, that overuse or misuse of DXM in any form, such as taking Tessalon Perles with dextromethorphan, could lead to serious negative issues, and thus affect the fetus. When a pregnant woman uses excessive amounts of DXM, she may experience dangerous physical symptoms, such as slow breathing which can cause oxygen starvation of the fetus and sometimes upcoming changes in brain development. Other symptoms such as tachycardia, changes in body temperature, and blood pressure, and seizures can also cause early childbirth or miscarriage. The symptoms might last four to six months after delivery. Improper intake of DXM may affect fetus while causing low birth weight, premature birth, neonatal abstinence syndrome, miscarriage, as well as mutilation. Dextromethorphan withdrawal treatment will be required, and it will not hurt the fetus.

Based on its low molecular weight, DXM passes into breast milk almost anytime. If it is administered during pregnancy, it may be passed on to the baby. But, neither the absorption of DXM in milk nor its effects on breastfed infants have been studied thoroughly.

It is unlikely that with a usual dose of breast milk would cause adverse effects or harm to the nursing infant, especially to a baby of above two months of age.

Throughout pregnancy and while breastfeeding, it is best and favorable to avoid the combination of medications such as Mucinex dextromethorphan, which contain multiple ingredients to tackle many existing symptoms. Instead, choose a single medicine that can combat the current symptoms. Some DXM-containing products include alcohol. If one needs to use dextromethorphan while breastfeeding, better to select a product that does not have any form of alcohol. Contact the personal healthcare provider if have questions about the safety of dextromethorphan while nursing.

Antitussive use of DXM while being pregnant has not been reported to heighten the risks of teratogenic effects. Despite that, there are no controlled data involving human pregnancy.

Dextromethorphan pregnancy class A. This means that pregnant women and women between the childbearing age may take this medication without any proven effects of birth and birth malformations. Also, dextromethorphan has no other direct or indirect impact on the fetus. 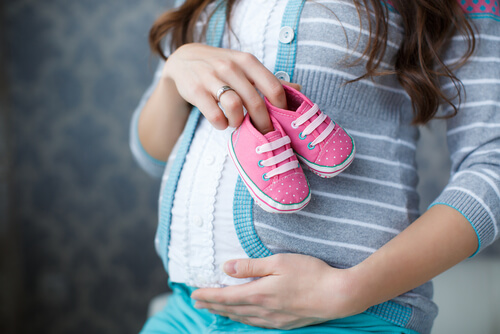 One of the characteristics of the FDA definitions of dextromethorphan pregnancy category is that the FDA needs a relatively high amount of official data on pharmaceutical to determine where the medication stands.

Treating Cough During Pregnancy And Breastfeeding

If pregnant patients come down with a cold, they will definitely need to take some medications for the symptoms to stop. They are advised to take medicines that only tackle specific symptoms and to avoid multi-symptoms drugs. Some of them may contain chemical components, which are likely harmful to pregnancy, such as acetaminophen. If one knows how to make DXM, they can extract it from cold syrups and take it in pure form. Taking this form, as well as taking DXM lean, may be hazardous for pregnant and breastfeeding women. Also, be very patient with the cough and cold when using DXM while pregnancy and breastfeeding as it may take up to a week or more for the symptoms to go away.

Finally, if anyone is addicted to DXM, they should consider undergoing a drug addiction treatment program. If a pregnant woman also suffers from mental addiction and cannot stop using this cough medication, she should consider going to a rehab center.