Dextromethorphan High: What Are DXM Plateaus And DXM Trip

Does dextromethorphan make one high? Dextromethorphan has therapeutic and psychoactive properties. And the DXM drug high also has its positive and negative sides and dangers.
Dextromethorphan high consists of 4 main stages of high feelings, so-called “Plateaus.” There are also many terms for DXM recreational use: DXM High, “Robo-Tripping,” and DXM trip, which are often used synonymously.

What Is DXM Robotripping?

Ways Of Taking DXM To Get High

One of such alternative ways to ingest this medicine is by smoking the extracted contents. This technique produces uncontrollable, intense trip and an extremely fast onset of the trip, and cause great harm on the other hand.

One of the worst side effects of smoking DXM is lung damage.

Snorting DXM is perhaps the most dangerous way to ingest this drug, as it will cause nasal damage. Recreational users often experience sharp, unbearable pain while snorting a powder of DXM. 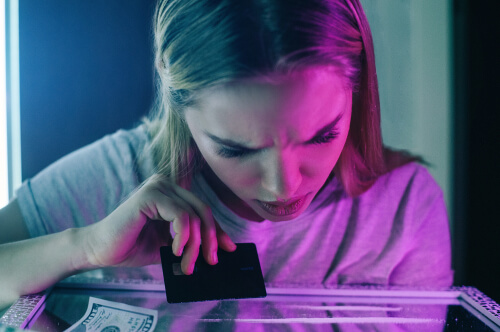 A recipe of lean with dextromethorphan is easily accessible on the Internet, as it is pretty simple. According to the National Institute on Drug Abuse for Teens, adolescents are more likely to resort to this method of consumption, as it is cough syrups are easy to find.

Is 30 mg dextromethorphan enough for lean? This is a pretty low dose, hardly enough to cause any psychoactive effects. At least 150-200 mg dose is needed to feel the onset of the first effects of the drug.

It’s highly recommended not to use doses higher than prescribed, as this, in any case, harms the body.

At lower doses, it may be hard to assert that someone is robotripping unambiguously.

On the other hand, large quantities of dextromethorphan may result in the characteristic “DXM Robo walk” (the name comes from “Robitussin”). This gait is slowed down, clumsy, uncoordinated, and rigid. The rigidity is the most prominent feature of the robo walk.

Recreational users often experience the onset of pleasant feelings and sensations. On the downside, robotripping symptoms are frequently aggravated by combined alcohol and dextromethorphan hydrobromide together.

DXM Plateaus As The Stages Of DXM High

DXM plateaus are the phases or stages dextromethorphan trip. There are 4 plateaus of DXM high, starting from low doses up to extremely high and potentially harmful doses. Robotripping won’t normally lead to a fatal outcome, although some cases are documented. Getting high on a combination of dextromethorphan and other drugs (such as DXM and DPH) is unpredictable and has higher chances of a fatal outcome.

Most importantly, DXM duration depends on the ingested amount.

Unfortunately, it is sometimes hard to keep track of the dose, which can lead to an unpleasant trip.

Different DXM levels (plateaus) sometimes overlap quite fast and imperceptibly, especially when the person is overwhelmed by the experience. This is why it’s essential to learn the relationship between different dextromethorphan high effects relate and plateaus.

How long does it take for DXM to kick in and to give the user a euphoric feeling? Roughly speaking, it will take at least 30 to 60 minutes for HBR dextromethorphan to start working, while the threshold dose is about 100 mg of the substance. DXM come up is much longer when consuming Polistirex form.

How many milligrams of DXM is enough to get high? There is no universal dextromethorphan dosage to get high.

Users may experience intense effects even after ingesting sub-threshold doses of the substance.

Most cough syrups contain about 350 mg of the substance, per bottle, which is why it’s so easy to get high using them. Tablets and capsules usually have 15-25 mg of this drug per unit. A third of the bottle or about 7 capsules/tablets are enough to get an average person high.

For most people, taking at least 200 mg of the drug will cause typical signs of the DXM 2nd plateau. The second plateau is marked by:

Is dextromethorphan a stimulant? This FAQ mostly pertains to the second Plateau, as some signs of the second plateau of high resemble the effects of amphetamines and other stimulants.

Furthermore, peculiar, mystical, and life-changing experiences can take place during this phase. In an experiment issued in psychopharmacology, subjects were administered a dose of dextromethorphan or psilocybin (the active ingredient in psychedelic mushrooms). Most of them believed they were given psilocybin, when in reality experimenters administered them high doses of dextromethorphan. This is why psychedelic, unusual experiences are to be expected when “robotripping.” 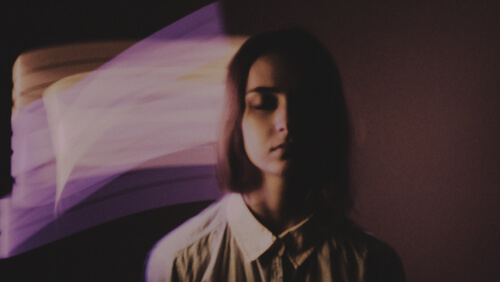 By now, consciousness has been profoundly altered. Dissociative states, like depersonalization and derealization, are not uncommon. People who take more than 300 mg of the chemical are likely to experience this kind of trip. Movements and gait start to become grossly uncoordinated, and depth-perception deteriorates.

How long does DXM last? During the third plateau, a lot of users anxiously ask the same question. The answer depends on the type of taken drug. If people get high on HBR variant, effects won’t last longer than 8 hours, even when extreme doses are consumed. On the other hand, tripping on Polistirex form might last longer than 12 hours. Fast/too early redosing of this form of dextromethorphan is a potential problem because this form of the drug has a more prolonged onset of effects.

Taking more than 500 mg of the cough syrup drug will induce DXM 4th plateau. Dextromethorphan high blood pressure is one of the chief hazards of this phase, and this mainly affects people with cardiac problems.

4th Plateau is characterized by:

This is perhaps the most dangerous phase of dextromethorphan high.

Do not experiment with any amount of dextromethorphan for recreational purpose as the caused harm may be extremely hazardous. DXM is a medication that should only be used as a prescribed.

This stage carries serious health risks: high blood pressure, and other cardiovascular symptoms, respiratory problems are just some of the potentially deadly consequences of the sigma phase.

As large doses of medicine are needed to reach this stage of the high, some people experience digestive problems (due to a large amount of cough syrup). At this point, it becomes hard to differentiate robotripping from other highs, for instance, DXM vs. PCP, or dextromethorphan vs. psychedelics. People who reach Plateau Sigma risk some extremely adverse DXM effects on the brain.

What does DXM feel like? According to dextromethorphan trip reports, and DXM guides found on the Internet it is often unpredictable, and fast-changing.

One self-report Internet study on use trends among dextromethorphan users found that a typical consumer is a male, 16-20 years old. Those who tried the drug are more likely to do it again, as 56.5 % of participants admitted repeated consumption. The curiosity and openness to new experiences were the most frequent reasons for trying this medicine. Individuals frequently experience difficulties with walking (74%), visual distortions (73%), and altered perception of time (42%).

After consuming more than 600 mg of the drug, one user described DXM experience like the head was split open horizontally in the middle of the eye line, making see two worlds at the same time. 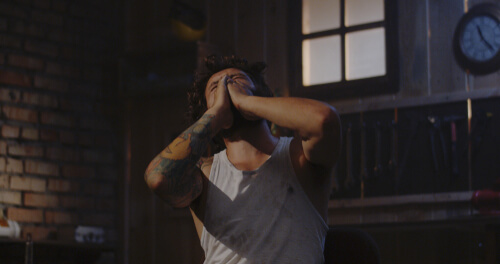 DXM ego death is an extremely unpleasant experience linked with derealization and depersonalization effects, mentioned earlier. There are other, albeit less unpleasant experiences like DXM itch or constipation. The DXM trip length can sometimes last more than 8 hours. Sudden cessation of use after long periods of getting high will cause numerous dextromethorphan DXM withdrawal symptoms.

Effects of Plateau and Sigma high can be avoided by using nighttime cold medicine without dextromethorphan and many alternatives. If any of the aforementioned reactions are noticed, call 911 immediately.

While robotrip people are often scared and anxious, especially when the high becomes too intense. Just being alongside them may soothe their fear and help them get through the bad trip.

Robotripping in both teens and adults can be prevented by a timely intervention led by a psychotherapist or a consultant. In the case of complications associated with severe trip, suitable treatment options will be selected. Sometimes, further aggravation of robotripping-related problems can only be impeded by visiting a drug rehabilitation clinic.