Can One Overdose on Adderall? Symptoms and Causes of OD 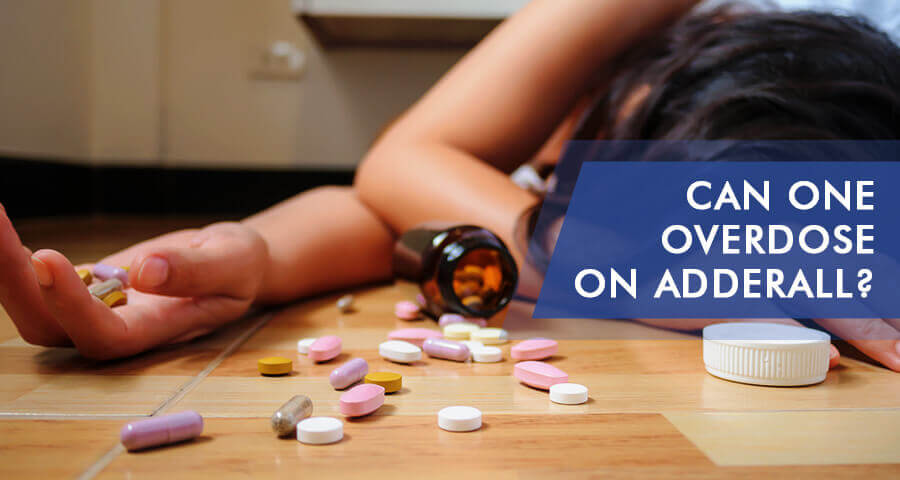 Adderall overdose is not rare and its symptoms are typically identifiable in users. The effects may range from mild symptoms such as restlessness and blurred vision, to loss of consciousness and death in severe cases.

Can One Overdose on Adderall?

Adderall is a stimulant drug containing amphetamine and dextroamphetamine. It is used for treating narcolepsy, attention deficit hyperactivity disorder (ADHD), and also as a performance enhancer for athletics. But can one OD on Adderall? It is possible and it occurs most commonly in young adults who desire the mental stimulation, physical vigour, and euphoric highs associated its use. However, taking too much adderall may cause serious symptoms.
It reaches its peak levels 3 hours after ingesting the drug. Adderall half-life is 9 to 14 hours, and iit takes about 18 to 28 hours before a dose leaves the body. However, it is available in two forms: Adderall IR vs XR. It’s immediate release form lasts only for 3 hours while the extended release form lasts for 12 hours.
Factors which influence how long the drug stays in the system influence the risk of developing toxic symptoms and how much Adderall to overdose. Some of these factors include:

How Many People Suffer from Adderall Overdose?

The 2016 National Study on Drug Use and Health revealed that 28.6 million

Americans aged 12 and more had used illicit drugs the month before the study. Furthermore, more than 54 million Americans use prescription drugs for non-medical purposes, and the most abused drugs included painkillers, tranquilizers, stimulants, and sedatives. The study reported that more than 1.7 million Americans use stimulants for non-medical purposes; however, doctors still prescribe Adderall as it is one of the most efficient ADHD treatment medicine.
2013 report published on NCBI shows that the number of people who developed Adderall od from non-medical use has increased significantly between 2006 and 2011. Complications from excess non-medical use of amphetamines requiring emergency care visits increased by 156 percent, with friends and family identified as the main source of the drug, according to the research by Lisa L. Weyandt. Young adults between the ages of 18 and 25 constitute the main population who use amphetamines for non-medical use.
Symptoms of excess use may occur through any of the routes of administration, including intravenous, oral, and nasal. Another common way users achieve the euphoria is to plug Adderall.

What are the Symptoms of Adderall Overdose?

The effects of amphetamines reflect the overstimulation of the brain and this is the key difference it has from narcotics.
Feeling exhausted and tired on Adderall is one of the side effects of the drug and not necessarily a symptom of too much amphetamine. Symptoms of taking too much Adderall may be mild or severe, depending on those factors which influence the Adderall overdose amount.
Mild symptoms include:

One may have wondered, can one die from Adderall? Yes, having too much of amphetamine in the system can cause death after consumption of a certain amount. The lethal dose of Adderall is 20 to 25 mg per kilogram of body weight. This means for someone who weighs 60 kg, the dose which can lead to death is 1200mg. Adderall overdose death usually occurs in individuals who use it for non-medical or recreational purposes.

Adderall should be taken only as prescribed. Self-medication and recreational use of the drug is considered as abuse and is illegal.

What are the Complications of Adderall Overdose?

What to Do in Case of Adderall Overdose?

Once overdose symptoms are suspected, take the following steps: 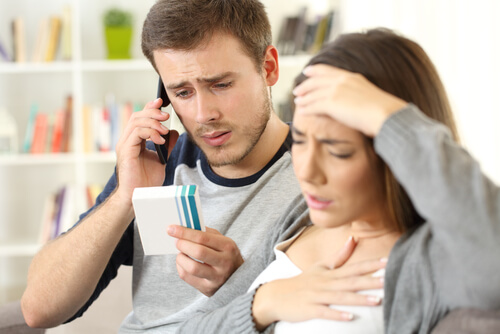 Detoxification involves gradual elimination of amphetamines from the system and managing the ensuing withdrawal symptoms. It is beyond how to come down from Adderall to sleep, to removing all of its stimulant effects from the system. Treatment is essential to prevent relapse and severe complications of addiction. In addition, for individuals taking it for medical purposes, clinicians may advise them on Adderall alternatives with a good safety margin.

How Can One Prevent Adderall Overdose?

To prevent overdose, it should be taken under supervision and not more than the prescribed dose. In addition, do not increase or reduce dosage without a doctor’s approval. Patients should also not use it for recreational purposes without a doctor’s consult, so one will better understand the risk of having harmful amounts of the drug in the body.
Other ways one can prevent overdose is by preventing tolerance. This can be achieved by co-administering magnesium and Adderall, as well as other medications and supplements such as zinc, choline, and glutathione.
Can one overdose on Adderall? Yes, one can, and this is a common occurrence among recreational users of the drug. It presents with many symptoms, including death in severe cases. Taking Amphetamine prescription for medical use alone and at doses prescribed by one’s physician are ways one can prevent overdose.
Being addicted to the drug, one may be referred to an Adderall addiction treatment center for further treatment. One will be managed with a combination of therapies for addicts including psychotherapy and detoxification.