What Is Hydrocodone Chlorpheniramine Used For?

The medication comes in tablet form as well as liquid hydrocodone extended-release suspension. The combination of chlorpheniramine with an opioid is available by prescription only and is not recommended for children under the age of 6 or nursing mothers. 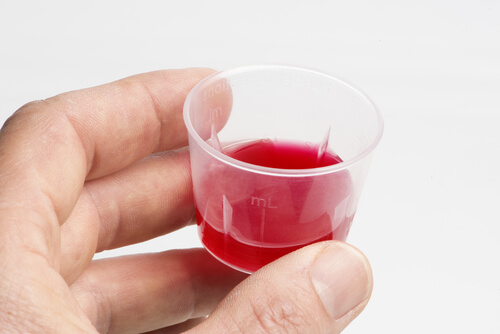 Misuse of hydrocodone chlorpheniramine suspension or tablets can be habit-forming and can cause overdose and death, especially in children or adults who use it without a doctor’s orders. How much hydrocodone to overdose is needed depends on a number of factors, including the person’s age, weight, metabolism, and opiate tolerance. Here are some precautions for safe dosage and administration of narcotic and chlorpheniramine combination:

The combination drug, which is a schedule II substance, comes in various doses and strengths, including:

Serious side effects of hydrocodone pol/cpm or other formulations of the drug are listed below. It is essential to seek medical care in case of the following:

Warnings and Precautions for Hydrocodone-Chlorpheniramine

The Food and Drug Administration (FDA) has issued a boxed warning for hydrocodone/chlorpheniramine er suspension (Tussionex PennKinetic) and other formulations of this medicine because:

Some of the precautions to take while on opioid cough medications include:

Hydrocodone chlorpheniramine suspension and tablets contain a narcotic medication that can make breathing weak. Death can occur if respiration slows down too much. If any severe side effects are noticed, do not delay in getting emergency help.

Who Should Avoid Hydrocodone Tussionex?

Opioid and chlorpheniramine cold and cough treatment is not recommended for children under 6 years of age. It should be used with caution in pregnant women and nursing mothers. In addition, individuals with certain medical conditions should avoid taking hydrocodone chlorpheniramine syrup and tablets. This combination can cause problems in people with:

What Drugs Should Not Be Mixed with Hydrocodone Chlorpheniramine?

Hydrocodone polistirex and chlorpheniramine polistirex pennkinetic and other formulations of the drug contain a narcotic that can interact with a number of different medications and over-the-counter supplements.

Some of these drug interactions are dangerous and may even be potentially fatal.

Some types of drugs that should not be mixed with opioid chlorpheniramine cough suppressants include:

Dangers of Addiction to Tussionex Hydrocodone

Prescription opioids are used to treat pain, and in combination with chlorpheniramine, they are prescribed to control a cough. However, these drugs are narcotics with a high potential for abuse and addiction even when used strictly in accordance with a doctor’s orders.

Opioids make people feel happy and relaxed. Some people become addicted to the euphoria produced by these drugs without realizing their harmful effects. Prolonged use of opiates leads to a reduction of endorphins in the brain. The natural function of this neurotransmitter is to reduce pain perception and create a sense of euphoria. Continued abuse of opioids causes the brain’s reward system to dysfunction, and the addict becomes dependent on the drug to numb physical or psychological pain.
Addicts seeking a hydrocodone chlorpheniramine high may try to obtain it from opioid cough suppressants containing hydrocodone polistirex and chlorpheniramine polistirex. In addition to the risk of adverse effects, such as weak breathing, abuse of this medicine can lead to potentially fatal interactions, with alcohol, for example.

The misuse of chlorpheniramine and opioid-containing medications can lead to profound depression of the central nervous system, respiratory depression, coma, and death. An overdose of opioid cough suppressants can result in a fatal respiratory or cardiac arrest. In addition, the misuse of prescription opioids is a risk factor for starting use of street drugs such as heroin.

People who are seeking a hydrocodone polistirex and chlorpheniramine polistirex pennkinetic high may show physical signs of hydrocodone addiction. Abuse of these medications can cause severe short- and long-term damage to the user’s body and mind. That’s why it’s essential to get help without wasting any time. Treatment for opioid abuse is available at drug rehab facilities around the country.

If there is anyone who abuses Tussionex hydrocodone cough medicine, call our free helpline (888)-459-5511 for more information on treatment options. Advisors are available to answer any questions on opioid dependence, give more information on safe and effective addiction treatment, and guide towards long-term recovery from prescription medication abuse. Calls are always confidential and secure.