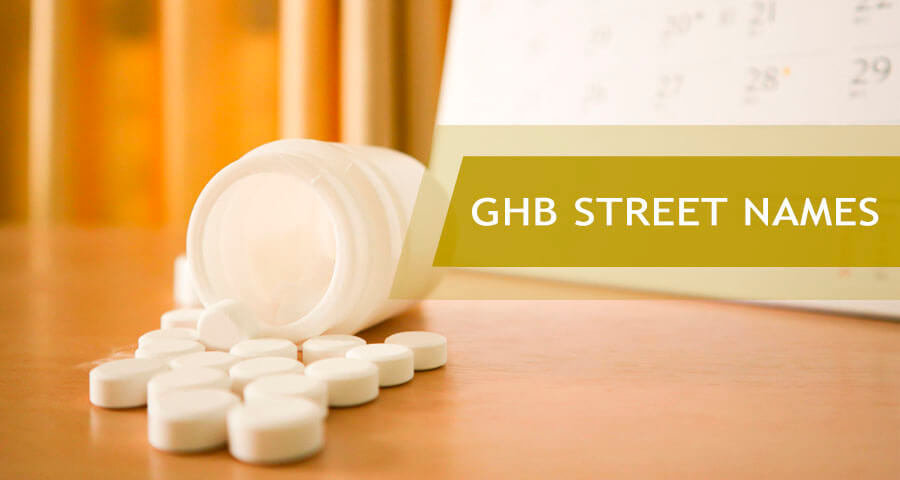 Slang terms for drugs are a way for users and dealers to keep their activities discreet. In addition, with their activities being illegal, it is important to stay off the radar. Also, the use of street names adds to the marketing of their products.
Use the wrong street name, and the dealer might not be able to sell his merchandise. Furthermore, if somebody gets in trouble, there is an element of plausible deniability. Let’s take a look at some of the GHB street names used across the world.

GHB (or gamma-hydroxybutyric acid) is simply another name for Sodium Oxybate. It is the active compound in Xyrem. In the beginning, they sold the drug to treat narcolepsy. However, they had to recall the drug. This was due to the side effects and ineffective treatment of narcolepsy.
GHB Street Names which refer to the active ingredient include:

Sometimes, drug dealers will color the compound blue. This is to discourage it from being used without the user knowing it. As a result, there are GHB street names like:

At some point, they remarketed GHB as a bodybuilding supplement. This was after a failed stint as a treatment for narcolepsy. There was the aim of helping bodybuilders lose weight while maintaining muscle mass. In fact, on some websites, they still sell the drug, illegally as:

GHB Is Utilized As A Date Rape Drug

Unfortunately, the drug is also an infamous date rape drug. As a result, other GHB Street Names include:

According to the DEA, the drug is an incapacitating agent. Therefore, the effects of GHB include memory loss, increased libido, and suggestibility. First, a person will slip the drug into somebody’s drink. Then, the combination of these effects make it possible to manipulate another person. Therefore, an unwitting party-goer will perform acts they normally wouldn’t agree to. Afterwards, they will have little or no memory.
GHB metabolizes very quickly. In studies, they have found that only 4% of the women who claimed a date-rape tested positive for GHB. It is not because they drugged such a small percentage of them using GHB. However, it is because GHB leaves the body so quickly.

This is a clever anagram of GHB. This is because GBH refers to the technical term for aggravated assault that the UK police forces use. There may be some truth to it though.
In October 2015, the police arrested Stephen Port. He appeared in an episode of the UK television show Celebrity Masterchef. This arrest was for the murder of four men. Port befriended the men on the gay dating app Grindr. Moreover, after the murders, he staged a suicide-murder. It was complete with a suicide note. In the note, one of the men confessed to murdering his friends.
“I can’t go on anymore. I took the life of my friend Gabriel. We were just having some fun at a mate’s place, and I got carried away and gave him another shot of G. It was an accident. I know I will go to prison if I go to the police. I have taken what G I had left, with sleeping pills. If it does kill me, it’s what I deserve. This way I can at least be with Gabriel again.” – extract from the ‘suicide note’ found on the body of 21-year trainee chef Daniel Whitworth.

GHB Is A Part Of Designer Rave Drugs

GHB became popular on the disco scene in the 1970’s. In fact, it is still in use today at raves. GHB street names at raves include:

They sell the compound commonly in vials of clear, odorless liquid. It comes with a very slight salty taste. What’s more, it comes in 500mg – 3000mg doses. The drug produces a sense of euphoria, a desire to socialize, loss of the gag reflex, and decreased inhibitions.
GHB features prominently on the gay clubbing scene, with names like:

At slightly higher doses, GHB induces sleep. Notably, the drug is very dose-dependent on the particular user. This means that certain users can use a specified dose of the drug at a rave. Meanwhile, it will knock others out unconscious by the same dose. GHB is famous for inducing hallucinations shortly before putting the user to sleep. As a result, the suitable GHB street names for this kind of effect include:

GHB Street Names in Different Parts of the World

In France, one can buy GHB as Drogue du Cambriolage Sexual Parfait. This is French for ‘the perfect drug for stealing sex’. This is after decades of sale as an anesthetic and a sleeping agent. In fact, people sometimes use it for childbirth. In the US, GHB has the colloquial name, Georgie Home Boy. Other GHB street names in the United States include:

GHB is infamous across the globe. In November 2007, Australian authorities discovered GHB in a children’s toy named “Bindeez”. They marketed the same toy in the US as “Aquadots”. The toy caused three children to go to the hospital. Also, they recalled it, right away. This was when they found that the manufacturing process caused another chemical to metabolize into GHB.
They use some of these GHB street names in specific parts of the world. Therefore, one won’t find any Georgia Home Boy in Switzerland or Drogue du Cambriolage Sexual Parfait in Malawi. Still, it’ll be worth while to know what they are. Above all, if one is traveling and don’t understand a word of the local language, consider buying the date-rape nail polish. It changes color when one dip it into a spiked drink. This will help a lot to protect a health and a life.