Dexmethylphenidate, under the brand name Focalin, belongs to the drug class called stimulants and its main use is for the treatment of Attention Deficit Hyperactivity Disorder or ADHD. As a stimulant, this medication is useful in helping patients to focus and improve their control behaviors. In 2018, around 4 million prescriptions of Dexmethylphenidate were issued in the United States. Like any other drugs for ADHD, there are various side effects of Focalin, some of which should be seriously taken into consideration, needing immediate medical attention. For these reasons, it can be said that knowing how to make the difference between Focalin side effects and when to address a doctor could save the patient’s life.

In this article, information about the side effects of Focalin, warnings and the risk of Focalin overdose when taking this medication, variables that affect the occurrence of Dexmethylphenidate side effects, and tips on how to prevent adverse reactions will be provided.

Common Side Effects of Focalin

Dexmethylphenidate may also come in the form of an extended-release capsule. However, the side effects of the XR form and the regular Focalin are the same.

According to the FDA, the most prevalent common Focalin plain or Focalin XR side effects are related to gastrointestinal disorders.

Moreover, aside from the age of a patient and response to the medication, common Dexmethylphenidate adverse reactions depend on the dose taken, and the treatment being given. In this section, information about common psychological and physical side effects of this medication will be provided.

Below Are Some Other Common Psychological Side Effects of Focalin and Focalin Xr:

The listed Focalin plain or Focalin XR side effects above are mild if the drug is taken as prescribed. Additionally, they are usually well tolerated by patients. Another Focalin emotional side effect is hostility or aggressive behavior that is usually seen in teenagers and children who are under treatment with Dexmethylphenidate. Because of this, patients under this drug should be monitored to prevent the appearance or worsening of such behaviors.

Physical Focalin plain or Focalin XR side effects can also be seen aside from the psychological ones. According to a study, the most common physical side effect of this medication is loss of appetite (36% prevalence rate) which is related to Focalin weight loss.

Some Other Common Physical Focalin Plain or Focalin Xr Side Effects of This Medication and They Are Arranged According to Their Prevalence:

Other common physical adverse reactions of this medication aside from the ones mentioned above are dry mouth, heartburn, sore throat, and blurred vision, and their prevalence rate is less than 10%. Additionally, Focalin plain or Focalin XR side effects also affect the general health of a patient.

It Gives Way for the Following Conditions to Occur:

Severe Side Effects of Focalin 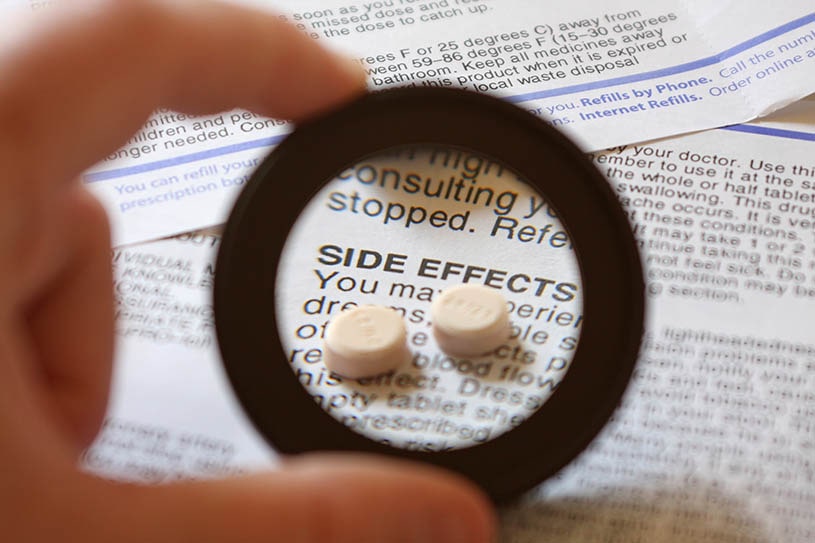 The stimulant medication, Dexmethylphenidate, has severe psychological adverse reactions and usually, these are more on the appearance of new psychological problems. Additionally, prolonged use of this drug may cause addiction, manic disorders, and exacerbation of pre-existing psychotic disorders. To understand more, the information in this section will explain.

One of Dexmethylphenidate’s long-term adverse reactions could be an addiction. Usually, physicians avoid prescribing this drug to patients with a history of alcoholism or drug dependence. Patients under this treatment might become dependent, needing increased doses to achieve the desired result, or might experience symptoms of withdrawal when the medication is stopped, and this is dangerous to their health.

Dexmethyphenidate 10 mg, the usual prescribed dose for ADHD, can also cause manic or psychotic symptoms in the form of mania, delusional thinking, or hallucinations in teenagers and children. These Focalin emotional side effects can take place even in patients without a history of mania or psychotic illness. In such a situation, the physician would advise the discontinuation of the treatment.

Additionally, According to the FDA, Dexmethylphenidate Is Reported to Cause the Appearance of New Psychotic Disorders Such As:

Exacerbation of a Psychotic Disorder

According to the FDA, clinical experience suggests that in pediatric patients with pre-existing psychotic disorder, Dexmethylphenidate could exacerbate the behavior and symptoms of the disorder. An example would be patients with bipolar disorder who might experience manic episodes. For this reason, it is important to be careful in the use of any stimulant drugs like Dexmethylphenidate in patients with comorbid bipolar disorder in order to avoid the exacerbating of the illness.

Additionally, a patient must tell the doctor about the other pre-existing psychotic conditions aside from bipolar disorder.

Lastly, screening such as getting a family history of suicide and depression should also be made.

According to a study, the life-threatening cardiovascular Focalin side effects in adults include myocardial infarction, stroke, and even sudden death. These adverse reactions have been seen in patients with structural cardiac abnormalities at standard doses of Dexmethylphenidate. The drug should not be administered in patients with severe heart rhythm and structural cardiac abnormalities, coronary artery disease, or cardiomyopathy. Patients who experience unexplained syncope, chest pain, trouble breathing, or arrhythmias should immediately contact their physician.

Serotonin syndrome is a condition where a patient is having too much serotonin in the body and this condition is usually caused by drugs. With regards to Dexmethylphenidate, this medicine has been linked with serotonin syndrome. Medical attention should be sought immediately when symptoms such as hallucinations, shivering, agitation, sweating, fever, twitching, muscle stiffness, fast heart rate, vomiting, loss of coordination, diarrhea, or nausea occur. 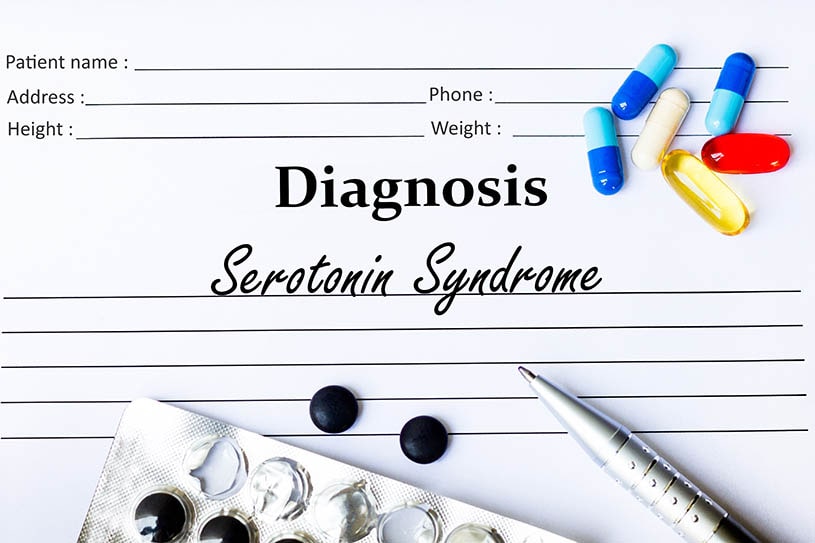 Another of the Dexmethylphenidate adverse reactions that require immediate medical attention is priapism, a prolonged erection of the penis with pain that is not caused by sexual stimulation.  Moreover, priapism is caused by the treatment with Dexmethylphenidate and it has been reported in both young and adult patients who are taking this drug. These adverse reactions took place after some time on the drug, usually after an increase of the dose, but may also take place in a period of withdrawal from the drug.

The Focalin side effects in children also include weight loss, as well as a long-term suppression of growth. Сhildren who underwent treatment every day for one year presented a 2-cm growth delay and 2.7-kg weight delay over three years, with no growth rebound during this period. Medical attention is needed for children treated with Dexmethylphenidate who are not gaining weight or height as expected. In such cases, the treatment should be immediately interrupted.

Dexmethylphenidate Warnings And the Risks Of Overdose

According to the federal government, Dexmethylphenidate is required to carry a black-box warning. There is the possibility of habit-forming and chronic abuse can result in psychological dependence and a marked tolerance. These can be associated with abnormal behavior, depression from abusive use, withdrawal, and frank psychotic episodes.

The drug should not be prescribed or prescribed with extreme caution in people with a history of substance abuse.

Continuous monitoring should take place to assess any signs of abuse and dependence during the treatment. The withdrawal from prolonged Dexmethylphenidate treatment may resurface symptoms of the underlying condition that may need follow-up. Additionally, sudden death and cardiac abnormalities can also happen in the case of the abuse or misuse of this medication.

When a patient intentionally abuses or misuses the medication, this may actually lead to an overdose. However, an overdose may also be unintentional such as when an elderly patient is unaware that he or she has already taken the medicine. 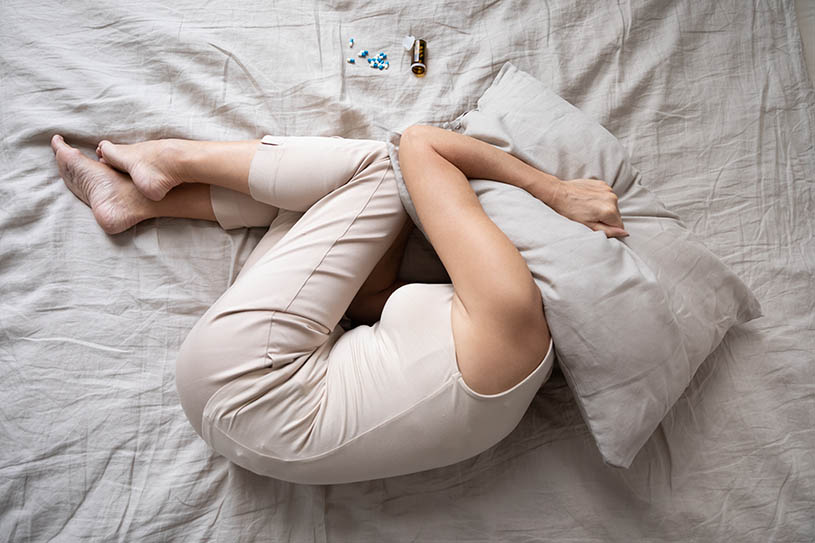 When Focalin overdose symptoms occur, it is important to call a doctor and seek emergency care. There are also ways on how to avoid Focalin overdose such as following the doctor’s instructions, being mindful of the dose being taken, and taking note of the other drugs and substances that may interact with the drug.

Variables That Affect Side Effects Emergence

The incidence of Focalin side effects depends on many factors, such as body weight, metabolism, tolerance, and personal sensitivity. But other variables should be taken into consideration. In this section, information about the list of variables that affect the emergence of the adverse reactions of Dexmethylphenidate will be provided.

Geriatric patients might be more prone to experiencing Focalin side effects. The drug should be used with caution due to an increased incidence of cardiac disease. Dexmethylphenidate is usually prescribed when lifestyle and behavioral modifications have failed to improve ADHD symptoms.

Geriatric Patients Are More Susceptible to Specific Adverse Reactions Such as:

Patients with eating disorders, such as bulimia nervosa or anorexia nervosa, may present metabolic abnormalities and physiologic complications that can augment the side effects of Focalin XR or its plain form. The drug is known for causing weight loss and appetite suppression, so the incidence of abuse in such patients is increased.

To prevent the occurrence of the side effects of Focalin XR or its plain form, it is important to know the information about how long Dexmethylphenidate stays in the system. Dexmethylphenidate has a half-life varying from 2.2 hours to 7 hours, depending on the drug’s release time. This will aid in understanding how long the adverse reactions might last. But there are also some things that can make these be reduced or even prevented.

However, all these tips will not be useful in case of drug abuse and addiction. Get in touch with medical professionals to get referred to the best addiction treatment options in the state. In some cases, rehabilitation in one of the substance dependence centers will be necessary.