Focalin, a type of drug that uses an active ingredient known as Dexmethylphenidate, is used to assist in the treatment of symptoms associated with attention deficit hyperactivity disorder. Since its FDA approval, which was published in 2005, the medication has become popular among children with this disorder.
At the same time, the drug has been linked to many adverse effects, and many contraindications need to be noted. This is why people often compare Dexmethylphenidate and other related drugs to find the option that is safest for themselves or their children. This article compares Focalin vs. Vyvanse vs. Adderall and several other drugs that are used to treat ADHD.

A lot of people are asking if Dexmethylphenidate is better than other drugs. The medication has become one of the most popular options for individuals with conditions like ADHD but is often deemed as not the safest options that people can opt for. It is important to understand the differences when comparing the drug to specific alternatives, which will allow a person to make a better judgment in terms of what option they would like to consider.

Due to some similarities, a lot of people have asked if Focalin is like Adderall. While there are some similarities when comparing Dexmethylphenidate vs. Adderall – such as the fact that the two drugs have a very similar dosage, as well as a similar onset time. This, however, does not mean the drugs are the same. The main difference between Focalin and Adderall lies within their ingredients. Focalin contains the active ingredient Dexmethylphenidate. This is different from Adderall, which includes a combination of two salts, including Levoamphetamine and Dextroamphetamine.

While Dexmethylphenidate is only used for the treatment of ADHD, Adderall is also sometimes prescribed to assist in the treatment of Narcolepsy. Both drugs are classified as stimulants, though.

Thus, when asking is Focalin stronger than Adderall, this might not necessarily be the case – people may be affected differently by the medications.

Adderall does seem to have more side-effects associated with it, including the risk of seizures, vomiting, sweating, nervousness, muscle spasms, and hallucinations.

When it comes to comparing Ritalin to this drug, it is essential to know what Focalin is and what the drug is composed of. While Focalin uses Dexmethylphenidate HCI isomer to help improve ADHD symptoms, Ritalin instead utilizes an active ingredient that is known as Methylphenidate.

When comparing Dexmethylphenidate vs. Methylphenidate, Focalin is considered to be more potent. Due to the increased potency, a lower dose of the drug would be needed to experience a similar level of relief that a person would be able to achieve with Ritalin. This yields a lower risk of side-effects, of course.

Another difference between Methylphenidate and Dexmethylphenidate would be their side effects. When comparing these two, Ritalin also has more side effects associated with it – including weight loss, irritability, lightheadedness, constipation, skin rash, and vomiting. 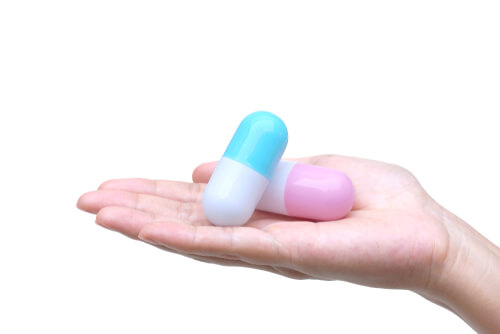 Vyvanse is another relatively common drug that is used in the treatment of ADHD symptoms. Both of these drugs act upon the central nervous system and are classified as stimulants. The main difference would be the active chemicals that are used in these medications. Focalin, as mentioned previously, uses Dexmethylphenidate to produce a reduction in ADHD symptoms, whereas Vyvanse utilizes an active ingredient known as Lisdexamfetamine dimesylate.

The potency is relatively similar between these drugs, and both can interact with other drugs used to treat mental disorders. The difference between Vyvanse and Focalin comes in when looking at their side-effect. Those using Vyvanse may also experience a range of additional adverse effects, including weight loss, sweating, and an unpleasant taste in the person’s mouth.

The primary difference between Focalin and Concerta would be the active ingredients used to treat ADHD. The main ingredient in Concerta is Methylphenidate. These are extended-release tablets that can provide effective relief of ADHD-related symptoms over a longer period compared to some of the other drugs that can be used to treat the condition. This is one of the main advantages that the drug has over Dexmethylphenidate.

Concerta does not cause a sore throat or jitteriness as side effects like Dexmethylphenidate. This drug does, however, cause vision problems, weight loss, and vomiting in some people. For this reason, many people may choose Dexmethylphenidate when considering whether to use Concerta or Focalin.

When comparing Focalin vs. Strattera, the first difference to note would, of course, also be the active ingredient. Strattera utilizes Atomoxetine to help a person experience reduced symptoms of attention deficit hyperactivity disorder.

A significant difference between the drugs is the fact that while Dexmethylphenidate is a stimulant of the central nervous system, Strattera is a type of antidepressant, classified as a selective norepinephrine reuptake inhibitor. This medication can cause the same side-effects as Dexmethylphenidate, as well as constipation, sexual dysfunction, coughing, vomiting, and more.

When it comes to looking at Dexedrine vs. Focalin, it is first necessary to note that both of these are stimulant drugs that have an interaction with the central nervous system of the patient. The main active ingredient in Dexedrine, however, is known as Dextroamphetamine sulfate. The drug is sometimes used in the treatment of narcolepsy as well.

Symptoms of Dexedrine include those associated with Dexmethylphenidate, along with dizziness, sweating, a low libido, erectile dysfunction in men, and constipation. 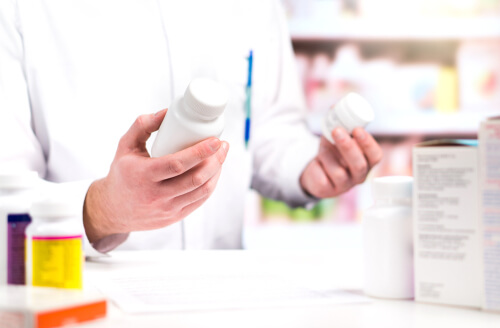 Reasons To Look For Focalin Alternatives

There are various reasons why parents and individuals with the condition are seeking out alternatives.

Due to the addictive potential of Dexmethylphenidate, as well as the harmful side-effects, a lot of concerned parents are looking toward more natural alternatives that are safer for their children, as well as adults who are taking the drug to help cope with ADHD symptoms.

A study by the Isfahan University of Medical Science in Iran found that Ginkgo Biloba seems to be an effective alternative treatment option for patients with attention-deficit disorder.

The study found the supplement to be effective in both adults and adolescents. The supplement may also help to improve sleep and assist with other issues that people with ADHD tend to have.

There are quite a few different natural herbal extracts and supplements that have been shown to reduce symptoms linked to ADHD effectively. Some of these supplements mentioned in the study include:

The use of Focalin and other similar drugs are common among children, adolescents, and even adults with ADHD. While these medications are effective at reducing symptoms of this disorder, they are also considered somewhat dangerous due to potential side effects. Individuals who reach for Dexmethylphenidate first often look for alternatives.

Individuals who are experiencing side effects while taking the drug are advised to consider Focalin alternatives. A discussion about alternatives with a physician can also help a person better understand which drug may be a more appropriate option for them.

Note that in the case of drug dependence, switching to another drug may not be an option. Focalin withdrawal symptoms may be quite harsh. Consider enrolling in a rehabilitation facility. Sometimes a professional treatment assistance of trained medical professionals is the best option.