When a person with an addiction decides to quit drinking or using illicit drugs, the first step in treatment is usually medical detoxification. This is the process during which harmful chemicals and toxic substances are removed from the body under medical monitoring. So, what is a drug detox medicine? It is a medication that helps to detox from drug use easier. It is prescribed in a supervised medical environment to manage the patient during the detoxification process.

Why is medicine for detoxification necessary? Illicit drugs are powerful substances that create strong physical and psychological dependence. Withdrawal from these substances is associated with a number of chemical changes in the brain and body of the recovering addict along with associated symptoms. One approach is to manage the patient naturally without any drug detox medications. However, natural drug detox methods are not always effective. The other approach involves using one or more medications during the process to make it less uncomfortable. Learn more about medication-assisted drug detoxification.

Learn About Medications for Drug Detoxification:

The Role of Detox Meds in Addiction Treatment

When a person with a substance use disorder enters an alcohol or drug rehabilitation program, the first step is often drug detoxification to start the recovery process. Detoxification involves withdrawing the offending substance from the addict’s body in a gradual, controlled manner under the supervision of healthcare professionals. The goal of medication detoxification is to safely withdraw addicts from a drug and enable them to become drug-free in a dignified manner while preparing them for ongoing treatment.

It is a bad idea for an addict to quit alcohol or drugs cold turkey without medical supervision.

The use of one or more detox medications can control discomfort and help the addict safely withdraw from drug use. Unsupervised drug detoxification can be fatal. For example, a severe condition known as delirium tremens can sometimes occur during alcohol detoxification and can be life-threatening without proper treatment with detox meds.

Only a medical professional can decide on detoxification medication prescriptions. Do not try to self-medicate with any of the drugs mentioned to avoid hazardous health consequences. Home drug detox may be a dangerous practice.

Healthcare providers use detox medications to help recovering addicts cope with drug withdrawal. Symptoms vary in severity depending on the substance of abuse and the length of the drug addiction. Discomfort is typically at its peak during the first 48 hours of the drug detoxification. A medication for detox can help offset some of the severe withdrawal effects and keep them at a more bearable level. Managing the cessation of drug consumption with detox medications is therefore critical for successful long-term recovery from substance abuse. That’s why even cheap detox centers usually prescribe medications during this process. 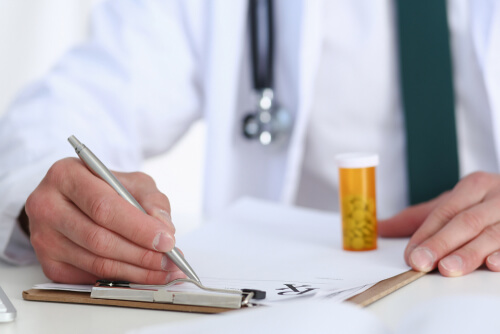 Why is medical detox needed? Withdrawal from alcohol can result in a number of intense, unpleasant symptoms. The severity of the patient’s discomfort varies with the severity and length of the addiction. Some common symptoms that may occur during medical detoxification include:

Do detox drinks work for drug tests or alcohol detoxification? Their efficacy has not been proven yet. Most of the scientists agree that such drinks can only help with dehydration.

What are some of the medications used for detoxification to help alcoholics quit drinking safely and comfortably?

Benzodiazepines are psychoactive drugs that act as safe and effective detox medications. In fact, benzos are the mainstay of treatment for alcohol withdrawal syndrome. A study by PMC shows that benzodiazepines reduce the severity of symptoms and decrease the incidence of seizures and delirium tremens. Benzos relieve alcohol withdrawal symptoms by slowing down the central nervous system. Medications such as Valium and Librium are prescribed during detoxification for their tranquilizing and anticonvulsant effects. Sedation with benzos prevents agitation and reduces the risk of seizures during detoxification. However, benzodiazepine use must be carefully monitored. These medications for detoxification are used only for the short-term because they themselves have a potential for abuse.

Anticonvulsants are prescribed as detox meds to reduce the complications of withdrawal from alcohol. Carbamazepine has been shown to ameliorate psychological distress, reduce anxiety and aggression, and decrease cravings. Doctors have found that patients treated with valproic acid have less severe symptoms during detoxification and fewer seizures.

Medications such as clonidine and propranolol may be prescribed along with benzodiazepines during medical drug detox for alcohol. These medications treat elevated blood pressure and fast pulse during detoxification. They are sometimes used in patients with less severe symptoms in the outpatient setting when benzodiazepines cannot be prescribed due to lack of monitoring.

There are also various techniques which include anesthetics, for example, a rapid opiate detox under anesthesia. 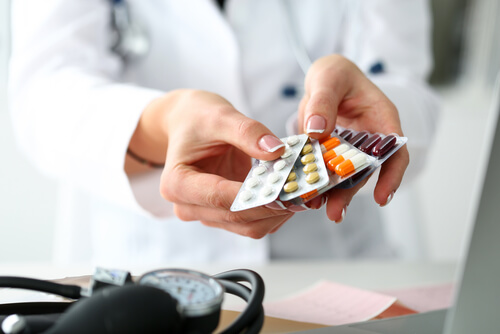 Chronic alcoholism is associated with poor nutrition and depletion of vitamins and minerals such as thiamine, niacin, and magnesium in the body, which are replaced during medical detoxification treatment. Antidepressants are some of the other drugs used for detox to manage feelings of sadness that can occur during the process.

What is an Opiate Detox Medication?

Opioid drugs include prescription pain-relieving medications such as oxycodone, hydrocodone, codeine, and morphine, as well as street drugs such as heroin. Opiates produce an artificial euphoric effect in the human brain. Symptoms during opioid detoxification may include:

Opiate detox medications can cause addiction as well. Strictly follow the prescription of the doctor if using such substances. It is always to enroll in inpatient detox in case of opioid abuse.

Some of the abusers try to use the Thomas recipe to beat withdrawal symptoms. However, it is unsafe to take any medicines without a prescription.

Methadone is one of the most commonly prescribed heroin detox medications. It is an opioid agonist that reduces cravings for the drug and relieves withdrawal symptoms in opiate addicts. It does not produce the same high as an opioid drug, but it stays in the body for a longer time and relieves cravings. In addition to its use as an opiate detoxification medication, it is used for long-term maintenance treatment of opioid addiction. However, prolonged use of methadone can lead to dependence, which is why this detox medication is closely monitored through licensed methadone treatment programs.

Buprenorphine is one of the opiate detoxification medications used to shorten the length of the process. This medication can also be used for long-term maintenance. The combined form of buprenorphine with naloxone (Suboxone) helps prevent dependence on a drug.

Naltrexone is an opioid antagonist medication that prevents neurotransmitter stimulation and blocks the euphoric effect of the drug, and thereby, the recovering addict’s ability to get high. This essentially decreases cravings for the drug and prevents relapse as part of the long-term treatment plan for opioid addiction. Naltrexone is a detox medication that is prescribed to be taken orally daily or three times a week and is available under the brand names Depade and ReVia (pill form) or Vivitrol (injectable form). Naltrexone is prescribed after opioids have been completely flushed out of the system.

Clonidine and propranolol are used as detox meds for opiates because they suppress the fight-or-flight response and reduce high blood pressure, agitation, anxiety, muscle aches, cramping, and sweating. Other medications may be prescribed to help with specific problems such as vomiting, diarrhea, or insomnia. 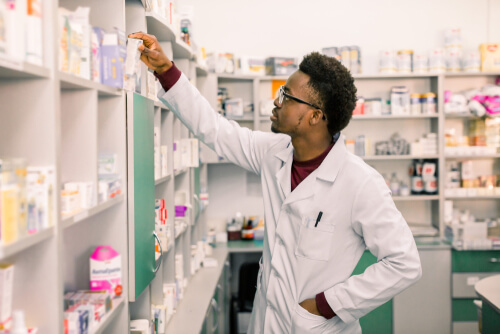 Drugs Used for Detox from Stimulants

Stimulants are psychoactive drugs that increase brain activity and elevate mood, awareness, and alertness. Although stimulants like caffeine are widely used, some stimulant drugs, such as cocaine and methamphetamines, are highly addictive and illegal. Prescription stimulants, including Ritalin, Adderall, and Dexedrine, are also extensively abused. Recovering addicts may need to undergo medicine-assisted drug detoxification for stimulant dependence. Symptoms during stimulant drug detoxification can be both physical and psychological and include:

A gradual taper of stimulant drugs is associated with less severe symptoms. Medicine for detoxification from stimulants makes the stages of detox safe and more bearable. Suboxone is sometimes prescribed when tapering stimulant use in a detoxification center.

Depression related to withdrawal from a stimulant drug can be very severe, especially in recovering addicts with a history of underlying or pre-existing depression. Antidepressants, such as desipramine, may be prescribed as a medicine for detox to help alleviate this symptom.

Diazepam is used to manage mild to moderate symptoms during detoxification. Benzodiazepines act as tranquilizers during cocaine and meth detox.

Topamax and Neurontin are useful in the initial stages of stimulant withdrawal to reduce cravings and prevent Adderall crash. 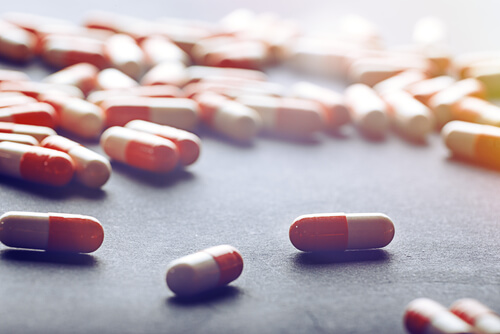 Muscle relaxants such as baclofen reduce cravings. Provigil is a mild stimulant drug that may be prescribed to manage extreme lethargy and sleepiness during stimulant drug detox. Other medications may be used for specific symptoms such as nausea or headaches.

As a recovering addict starts on the path to recovery from addiction, the essential thing is to stop drug or alcohol use in a medically supervised setting to avoid severe or even life-threatening symptoms.

Treatment with detox meds can take the edge off and help recovering addicts negotiate drug withdrawal safely, efficiently, and more comfortably if used properly and monitored by a doctor.

There are some effective cures for addictions, but treatment always starts with detoxification. Even the best rehabs in the U.S. believe that detox is the initial and one of the most important stages of rehabilitation.