Opiate Detox: How Long Does It Last And What Are The Dangers?

Opioids are a class of depressants, some of the most common being painkillers such as morphine, hydrocodone (Vicodin), and oxycodone (OxyContin). Heroin is also a depressant, but its use is never medically legitimate. The use of and addiction to these drugs are now more common than ever. Withdrawal symptoms manifest within a few hours of the last dose and can be severe. Although many people struggling with dependence know this, they still attempt opiate detox at home as a quicker and more cost-effective option. This is widely advised against. Getting treatment at one of the many opiate medical detox centers across the country is safer and will ensure a better outcome.

Opioid addiction is on the rise globally. According to the National Institute on Drug Abuse, painkillers were prescribed more than 200 million times in 2013. Over two million Americans suffer from painkiller abuse problems, and overuse of these drugs resulted in nearly 17,000 deaths nationwide in 2010. Data from the American Society of Addiction Medicine show that three of every four addicts end up switching to heroin as a more inexpensive source. The alarming statistics have led many local governments to launch a Prescription Drug Prevention Program. At present, 36 states take part in such programs, according to the Center for Disease Control and Prevention. These prevention programs are aimed at tracking prescriptions from doctors to patients. The number of opiate detox centers and the quality of services they offer has also increased.

The Neurochemistry of Addiction

Opioids bind to specific brain receptors to block the perception of pain. They also lead to feelings of euphoria. This is a powerful combination, leading the vast majority of users to develop a tolerance for these drugs, taking higher and higher doses to achieve the same effects and minimize symptoms of withdrawal such as anxiety and irritability.

Mild and moderate symptoms start within 6-30 hours of the last dose and include muscle aches, sleeplessness, nausea, goosebumps, and stomach cramps. They peak 72 hours after the last dose. Severe symptoms include:

The symptoms can be unbearable. 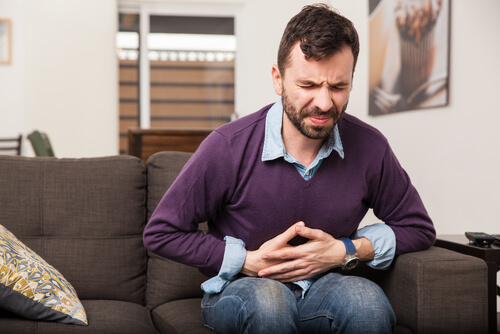 In some cases, the outcome of unassisted detox is fatal. Even if one manages to survive, the memory is so painful that they often end up relapsing. This is why therapy and opiate detox medication is strongly recommended – not only are they part of a safer approach, but they will also make relapse less likely. According to the generally established opiate detox timeline, withdrawal symptoms resolve within a week in the vast majority of cases.

There is a wide variety of treatment options to get opioids out of the body. For example, medical detox encompasses the administration of medication and psychological intervention under the close supervision of doctors and other healthcare professionals in a safe residential setting. Outpatient detox from opiates is also possible, but the traditional protocol ensures a more reliable and more effective outcome. Rehab facilities monitor the person’s vital signs, such as respiration levels, blood pressure, heart rate, and body temperature closely. Mental health professionals are also available to assess and stabilize individuals during the process. Among the medications that can be administered to avoid unpleasant opiate detoxification symptoms are antidepressants, anticonvulsants, and other symptom-specific drugs.

Doctors may help one taper off the drugs by slowly reducing the dosage. This keeps the receptors in the brain satisfied and prevents dangerous withdrawal symptoms. Withdrawal and cravings may be managed by replacing short-acting drugs with longer-acting ones, such as heroin with methadone. Opiate detoxification medications include partial opioid agonists like buprenorphine. These are used because they remain active in the body for relatively long and require lower doses. Partial agonists are also not as addictive as full agonists and are abused less often. Alternatively, antagonists like naloxone and naltrexone can be given. These bind to receptor sites, effectively preventing other opioids from filling them. This means a drug like heroin or morphine will not have the desired effect even if someone tries to take it while on an antagonist. It might also have the opposite effect, sending the person into opiate detox. This will involve a sudden, rapid onset of withdrawal symptoms, which can be severe and compel a person taking an antagonist to avoid abusing the opioid.

Drug detox while pregnant is even more complicated and requires specific knowledge and skills.

Also known as accelerated opiate detox (AOD), this approach involves getting off drugs at least twice as fast as one would if they chose to undergo detox at a traditional medical facility. Rapid opiate detox centers claim that AOD takes about three days on average. A typical facility of this type will tell a prospective client that they can get clean over a three-day weekend and start a new life. The staff at the center will point out that one will not need to take a break from work or school if they choose AOD.

The rapid opiate detox cost is relatively lower, which is an additional argument in its favor. However, it is not without risk. The approach involves a combination of medication and sedation – one commonly undergoes rapid opiate detox under anesthesia – to rush the process and can lead to paranoia, fever, infection, nausea, vomiting, or relapse.

Among the more serious side effects are respiratory difficulties, choking, or a heart attack. Sometimes, AOD can be fatal.

In addition to these dangers, rapid drug detox is not a complete treatment package. Preparing people for life without drugs is the ultimate goal of an accredited substance abuse rehab program, while with AOD, getting the drugs out of the system is the end goal in and of itself. Patients are then not ready to tackle life without resorting to opioids.

Some users choose to undergo detox at home because it is cheaper, more private, or perceived as safer. Whatever the reason, it is perhaps the worst choice one can make. Many resorts to home remedies for opiate detox, regimens combining OTC medication and herbal supplements that are said to alleviate withdrawal symptoms. The effectiveness of natural opiate detox regimens is not substantiated and, indeed, dubious. There is also a wide variety of opiate detox drinks for drug tests on the market, either represented as a means of getting clean without help or of passing drug tests. There is no evidence these beverages achieve either result. 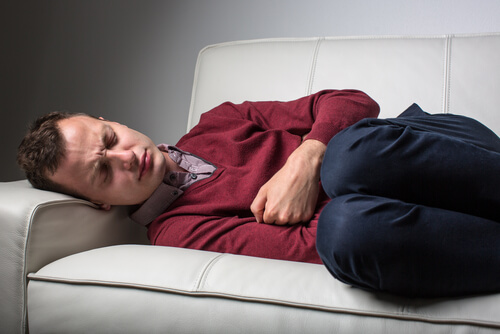 Thomas recipe for withdrawal is another popular yet incredibly dangerous way to remove opioids from the system. There is no medical proof of its efficacy, but the proofs of its dangers are countless.

Generally, home drug detox programs affect everyone differently, and consulting a doctor or addiction expert is an crucial step to take before choosing a form of at-home treatment. The withdrawal process can become dangerous without proper guidance and support.

Another reason doctors do not recommend opiate detox at home is that the process of going cold turkey from opioids is quite painful. People who’ve been through it report feeling like they had sharp needles under the skin, being violently sick, and having strange, unpleasant crawling sensations all over the body. It’s not something one should go through alone, nor is it something loved ones should see. In an addiction treatment facility, one will get the medicines for detox they need to quit safely. They are much less likely to experience the agonizing pain and other side effects of withdrawal, which isn’t the case when choosing to withdraw at home. Even if serious side effects do emerge, they can be treated quickly because the attending physician will know exactly what medication the patient is taking and adjust it as needed. People who suffer from a heart attack during withdrawal have a 95% chance of survival in a clinic. In comparison, the chance of surviving outside the clinic is between 5 and 10%. It is always better to look for a free detox than to endanger one’s life.

Getting Professional Help for Opiate Detox

The question, “Are there any good opiate detox centers near me?” almost always yields a positive response. Best rehabilitation centers offer individualized treatment plans and medical support to guide their patients to the best recovery option. Centers also help to overcome addiction and prepare for life without drugs, choosing among various types of treatment for addiction. Withdrawal at a center also provides a good lead-in to cognitive behavior and family therapy.

It removes one from the factors that led them to addiction – the injury that caused them so much pain that they started searching for a prescription, friends who introduced them to the drugs, or the job that led them to abuse painkillers.