Wellbutrin is aimed to treat several mental health diseases. When it comes to the use of this medication, it is essential to understand Wellbutrin drug class and how the chemicals in this medication interact with a patient’s body. By considering bupropion class and getting a better understanding of these actions, a person would be able to realize what the side-effects of bupropion medication may appear and whether or not this may be an appropriate option for the treatment of certain psychological conditions in the patient.

Is Wellbutrin An Antidepressant?

When it comes to looking at bupropion classification, it should be noted that bupropion is classified as an antidepressant. While bupropion may impose similar effects in the body as SSRI or MAOI types of antidepressants it is crucial to determine the particular drug class Wellbutrin belongs to. 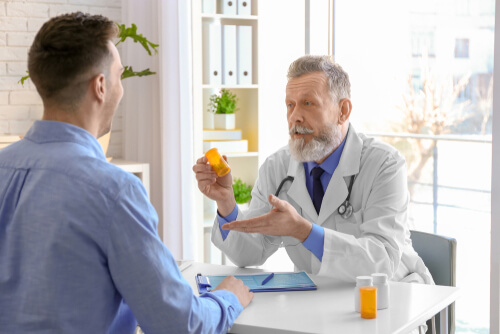 Is Wellbutrin An SSRI?

The majority of antidepressant medications that are prescribed to patients today belongs to SSRI (selective serotonin reuptake inhibitors) drug class. They are known to work effectively at alleviating symptoms associated with depression. Once they start to work, the medication will boost the amount of serotonin that the person has in their brain. In term, this helps to reduce feelings of sadness and depression and creates an improvement in the individual’s mood instead.
Is Wellbutrin an MAOI or SSRI? it is crucial to understand that bupropion does not share a chemical structure that is similar to SSRIs. Wellbutrin acts in different ways than an SSRI in the brain. While the effects on depression in drugs like Wellbutrin and Prozac might be similar in some ways, the mechanism of action behind these medicines differ.
At the same time, there are certain precautions that patients will need to note that can be similar to that provided to them when using an SSRI. For example, drinking on Wellbutrin may cause the same side-effects.

Is Wellbutrin An MAOI?

What Type Of Antidepressant Is Bupropion?

Now that this fact has been established, the next question to consider is what type of antidepressant is bupropion. Whether a person is prescribed a dose of Wellbutrin SR or XL, the classification of the drug would remain the same. The medication is classified as an aminoketone class antidepressant, also known as NDRI antidepressants.
Even though the final result and some of the side effects of Wellbutrin XL and SR may be similar to that found in other classes of  antidepressant medication, it is crucial to understand that bupropion drug has a different chemical structure than the most common substances that are prescribed for depression, anxiety, and related psychological disorders. The chemical structure of Wellbutrin is more similar to phenylethylamines and diethylpropion.

It is essential to note that as an antidepressant, bupropion does seem to have a higher risk of specific side effects, due to Wellbutrin classification and the particular chemicals used in its production, compared to SSRIs and related medication.

Is Wellbutrin A Stimulant?

The main reason for the question is bupropion a stimulant to appear is specific side effects that can be similar between Wellbutrin and medication classified as stimulants. For example, Wellbutrin XL weight loss is sometimes experienced. This is a common effect of a stimulant as well. This, however, does not make these drugs fall into the same class – the structure of chemicals used in stimulants and Wellbutrin differs. 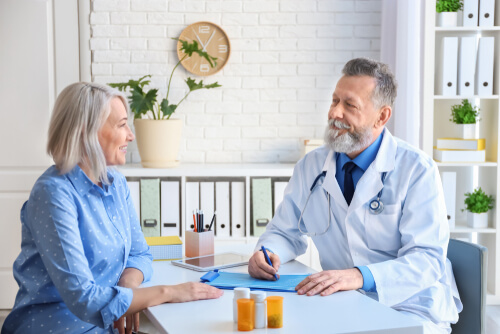 Is Wellbutrin An Amphetamine?

Amphetamine is a type of stimulant that affects the body’s central nervous system. The addictive potential that this type of drug poses is a common concern among those who are prescribed a dose of the medication. While Wellbutrin does have the potential to treat some conditions that amphetamine could be useful for, the way that these drugs are structures is entirely different from each other.

Is Bupropion A Narcotic?

The fact that this medication has been linked to possible addictive behavior and bupropion has an unofficial value makes some people think that Wellbutrin may be a narcotic. This is not a true statement, however. It is important to note that the drug has valid reasons why a physician may prescribe it to a patient and is not as likely to cause a dependency issue to arise if the person uses the medication exactly as prescribed by the doctor.

Is Wellbutrin A Controlled Substance?

Previous cases have been observed where patients expressed an addictive behavior to the use of this drug. For this reason, concern has been raised regarding people trying to experience bupropion high, instead of utilizing it solely for the purpose it was intended for – to assist in the treatment of depression and some other mental health conditions.
Even though addictive behavior has been noted regarding this drug when it comes to asking is Wellbutrin a controlled substance, the answer is currently quite surprising. Whether looking at bupropion XL or any other formulation, the government is not classifying bupropion medication as a controlled substance at the moment. 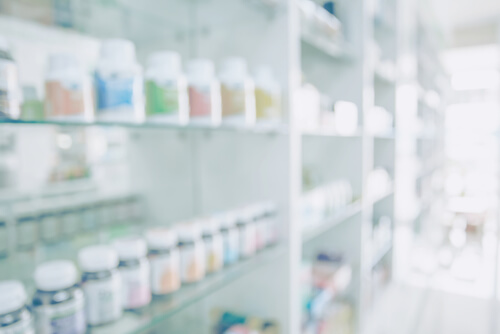 Since the drug is not considered a controlled substance by the government, it raised further concerns regarding those individuals who do get their hands on the medication. This can lead to the person experimenting with the drug. Ultimately, this can increase the individual’s risk of suffering a Wellbutrin XL overdose, which could be potentially life-threatening in some cases.
Individuals who do have a concern regarding the addictive potential of the medicine might want to look at learning how to stop taking Wellbutrin, as this can lower their risk of developing a dependency.