How Long Does Vicodin Stay in Your System?

Addiction Resource » Drugs » Vicodin » How Long Does Vicodin Stay in Your System? 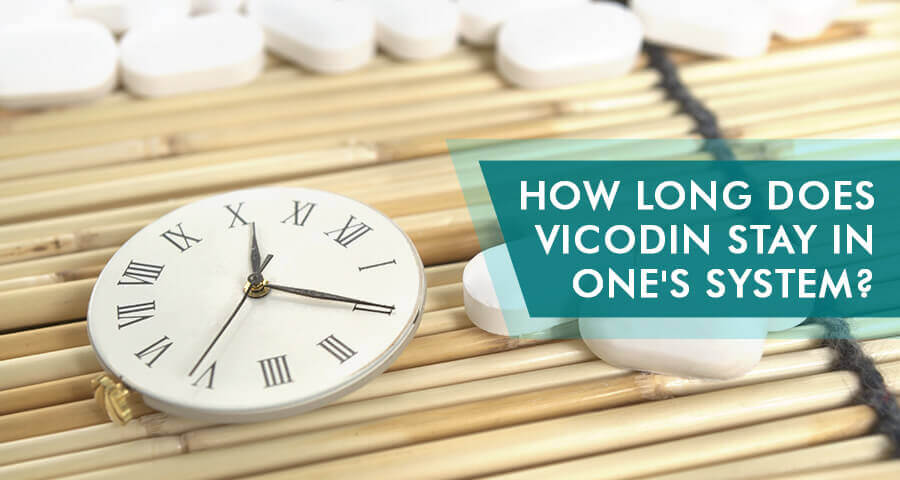 Depending on the sample tested, Vicodin may stay in one’s system for twenty-four hours to 3 months. The individual results may vary.

Patients should first understand that finding the answer may take time. In fact, many factors determine how long a drug stays in the body fluids or organs. But this does not take away the fact that certain standards help the clinicians interpret the test results.

How is Vicodin Metabolized?

Like most drugs, Vicodin is metabolized by liver enzymes. After a series of complex biochemical reactions, it forms the major metabolites Hydromorphone, Norhydrocodone, and Dihydrocodeine (a minor metabolite). In fact, both Hydrocodone and Hydromorphone account for the drug’s pain-alleviating effects. Also, drug tests can detect the levels of both primary chemicals in the sample.

For this reason, people may test positive even when they have taken a drug that flushes out of the body rapidly. If the metabolites take a longer time to eliminate from the body fluids, there is a chance of testing positive.

Metabolism or biotransformation is a natural process in which a drug is chemically changed into other substances once they reach the bloodstream. Liver enzymes metabolize most drugs taken. Metabolites are the products that form after metabolism. Similarly, the drug that does not change is called parent drug or just, unchanged drug.

Vicodin is an analgesic prescribed for the treatment of pain. It contains two main ingredients hydrocodone and acetaminophen. Hydrocodone is derived from codeine, and it is an opioid agonist, which acts on μ-opioid and δ-opioid receptors. The μ receptor’s effect is responsible for the inhibition of the nociceptive pain reflexes to produce the analgesic effect of hydrocodone. The effect on the δ receptor is less common and mostly occurs with higher doses. The senses, such as touch, are not affected by this medicine. CYP2D6 changes hydrocodone to hydromorphone (its active form). Acetaminophen activates descending serotonergic inhibitory pathways to reduce pain. It can act as an antipyretic by inhibiting the thermoregulatory center in the hypothalamus. Hydrocodone and acetaminophen both act on the cough center of the brain directly to give its antitussive action, i.e., for treatment of cough. 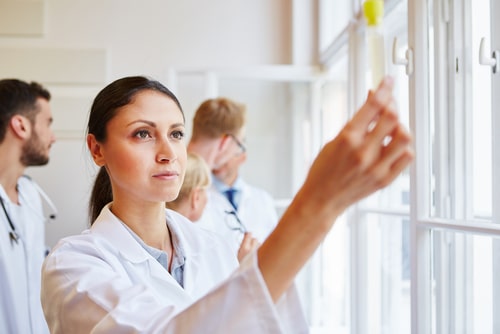 Vicodin has an increased potential for abuse compared to other opioid analgesics and nonsteroidal anti-inflammatory drugs (NSAIDs). When prescribed for the treatment of pain over a long time, it starts affecting the production of natural endorphins because it mimics their use. Once the pain for which it was prescribed subsides, patients keep using them because of the physical dependence developed over time. If the patient does not take the dose, they will start feeling depressed. This leads to addiction.

How Long Does Vicodin Stay in Your Urine, Blood, Hair, And Saliva?

The Duration Of Detection In Various Body Fluids Is:

How Long Does Vicodin Stay in Your Urine?

The urine test is standard and easy to conduct. Therefore it is important to know how long Vicodin stays in your urine so that you can inform the concerned authority if you have recently been on this medication before the test. Also, the drug in urine tends to remain for a longer duration. When a patient takes a test, hydrocodone starts showing up in results within 2 hours after the first dose. The detection time for Hydrocodone and its metabolites is 2 to 3 days after the last dose.

How Long Does Vicodin Stay in Your Blood?

As a matter of fact, a blood test to determine the amount of a drug in the body is used less commonly. It is because drawing blood is an invasive process. Moreover, the drug flushes out of the blood more rapidly than from the urine. Nonetheless, hospitals and research facilities may use blood tests. On a positive note, blood tests are more accurate than the urine test.

After an oral dose, it will start showing up in blood tests after just 15 to 30 minutes. When one takes a blood test, the detection time for Hydrocodone and its metabolites is less than 24 hours.

How Long Does Vicodin Stay in Your Saliva?

Testing saliva for drugs is not as common as a urine or blood test, but this method is still often used. Hydrocodone can start showing up in saliva tests within 15 to 30 minutes. It remains in the saliva for 12 to 36 hours after a patient has taken the last dose.

How Long Does Vicodin Stay in Your Hair?

Hair samples can contain traces of drugs for the longest duration compared to other samples. Traces of Vicodin can be found in hair up to 3 months after use.

Factors That Influence How Long Vicodin Stays in Your System

If one takes a higher dose, it tends to stay in the system for a longer duration. Meaning, a high dose extends the detection window. The dosage is determined for an individual based on their health and body characteristics along with the requirements for the treatment regime. Higher doses for opioids such as hydrocodone can lead to addiction. This is a serious situation where immediate treatment should be sought; otherwise, it can lead to disastrous ends.

Other Factors that Can Influence the Drug Staying In the System Include:

Age slows down metabolism, affecting the body’s ability to break down and remove drugs from the system. 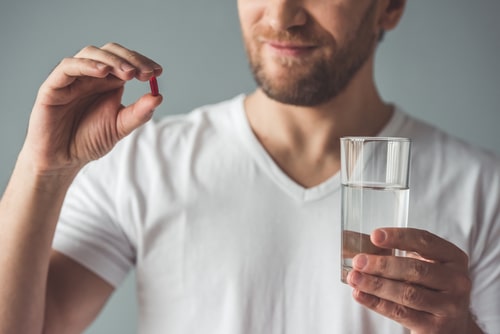 When a patient uses it more frequently, it may accumulate inside the body tissues. Thus, it will take a longer time to flush out of the body.

The levels of the liver enzymes determine how much of the drug gets metabolized. If a patient has any liver disease, the metabolism rate, Vicodin half-life slides down by a significant margin.

Note, every individual has a unique metabolic rate. Meaning, the same amount of Hydrocodone may stay in the system for different times among the people.

Medicines usually get stored in fat tissues, which makes their breakdown slower due to lack of availability in the system.

A person’s general health affects their metabolism and hence the clearance of different chemicals from the body.

Clearance of Vicodin from System

Vicodin starts appearing in the system within 15 minutes of the first dose and remains 3 months after the last dose. Knowing how long Vicodin stays in your system can not only help your doctor while writing prescriptions, but it can also help the patient look out for any side effects. In case of any side effects, drug dependency, or addiction, the doctor should be consulted immediately.