Naproxen Drug Test: How Does Aleve Get Metabolized? 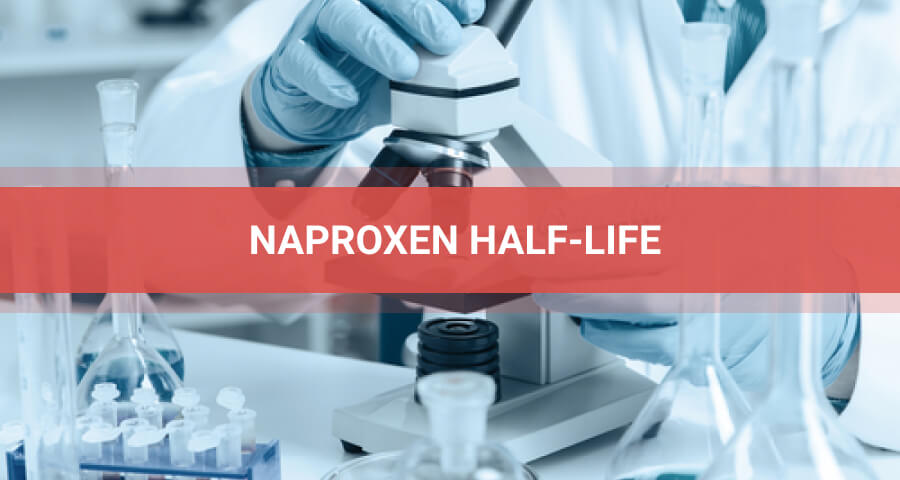 There are rumors that taking Aleve before a drug test will cause a false-positive result. People are interested in the half-life of Naproxen and if it affects the results of the screening. This post will present information about the half-life of Aleve, the effect of Naproxen dosage on the test results. Helpful information about how to flush out Aleve before a drug test will also be presented.

So, what does Naproxen do? It’s a common NSAID that is used for the treatment of mild to moderate pain. Since it is a popular medicine for pain management people are afraid that Aleve affects the drug test. According to a study, Naproxen and Naproxen sodium have a longer half-life compared to other NSAIDs. Both formulations are completely cleared from the body between 12 to 17 hours from the last dose.

How is Naproxen metabolized? The drug is metabolized by the liver and its by-products are eliminated through the urine. On average, the medicine and its metabolites are completely cleared from the body for 2.5 days but it may take as long as 4 to 5 days for full elimination. Comparing the elimination times of Naproxen vs Naproxen Sodium, it takes about the same time to metabolize the drug even though Naproxen Sodium is faster acting on pain than Naproxen. Besides accounting for half-life, the difference in drug elimination times also depends on the amount of dose taken, length of time that the drug was taken, and any possible Naproxen interactions with other drugs. 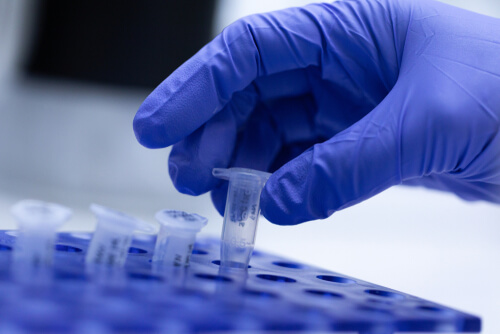 So, can Aleve show up on a drug test? Several factors may contribute to a false-positive result, which includes what sample is taken to test for drugs.

Urine tests are typically used as the first line of screening for the presence of drugs in the system. There are reports of the substance being detected in urine, causing false-positive results in drug tests.  One of the studies showed that both OTC and by prescription-only medications may cause false-positive results when urine tests, most commonly immunoassays, are used. The researchers recommended that patients who test positive using urine samples only must be made to undergo more rigorous confirmatory testing to rule out the possibility that non-metabolized routinely prescribed medications, including Naproxen, are not causing the positive results.

In general, testing blood for the presence of drugs in the system is more accurate than a urine test. Although, there is no reliable information currently about how metabolites of Naproxen may show up in drug tests using blood samples. There is also no information about how long Aleve can be detected in the blood.

In general, drug tests using saliva are unreliable, even though the oral swab test is the most common drug testing procedure employed in the workplace. There are no reliable accounts documenting false-positive results when taking Naproxen on drug test using a saliva sample.

Illicit drugs can usually be detected for several months by performing drug tests on hair samples. It is not clear if Naprosyn will show on hair strands. There is also no reliable information about Aleve causing false-positive results for this drug test. 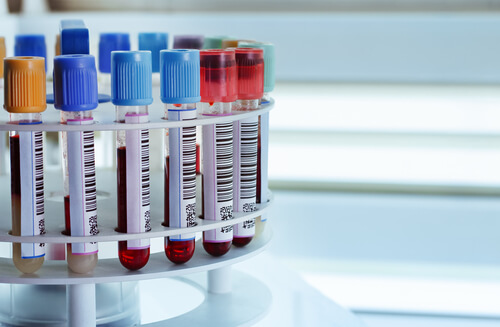 The possibility that drugs like Aleve show up on drug tests is well-documented. In one of the studies, researchers reviewed available evidence for false positive drug tests for a number of commonly prescribed medications. The researchers found that taking Aleve before a drug test may potentially cause a false-positive result for Tetrahydrocannabinol (THC), the active ingredient found in marijuana that causes a “high”. In less common instances, the study also found cases where Aleve caused false-positive results for barbiturates.

Tapering Off The Naproxen

Naproxen is metabolized the same way as most other medications. It is eliminated from the body via excretory means. The sooner a person stops taking it, the sooner it is eliminated from the body. This medicine is water-soluble. Drinking more water will help dilute Naprosyn’s by-products but, no matter how much water is taken, the water cannot push the med out of the body faster than its half-life or faster than the liver can get it metabolized.

Although the half-life of Naproxen is the primary determinant of when the medicine is completely flushed from the system, the following factors may influence the duration of its stay:

Despite the possibility of Aleve causing a false-positive result, there are clear benefits of taking this med, most especially among chronic pain sufferers. When taken as prescribed by a medical professional, there should be no concern over Naproxen showing up on a drug test and side effects can be managed. There are a lot of Naproxen benefits as it includes anti-inflammatory, antipyretic, and analgesic properties. Though it is a non-addictive medicine those who take it over prolonged periods may develop tolerance. It is recommended for patients and their caretakers to be aware of how much Naproxen is too much most especially when taking this medicine regularly. Despite the low addiction profile, the medicine may also be abused. In cases where Naprosyn abuse is a problem, safe detox and withdrawal done under the supervision of a medical professional at the addiction rehab facility are the top priority. Another important step is to get into the substance addiction treatment program to ensure the safe withdrawal from the substance that causes dependence.