Methadone and Pregnancy: How to Prevent Dangers to A Child

Drug addiction is a serious concern among pregnant women. Methadose may sometimes be used as a way of treating addiction in the general population. Women need to realize whether methadone in pregnancy is an appropriate option. Proper medication may be required if the woman is addicted to heroin or another type of opioid drug. Methadone use during pregnancy is sometimes advised, as the drug may yield valid results. Still, some dangers have been linked to taking Methadone while pregnant. This post explores the topic in more detail.

Is It Safe To Use Methadone In Pregnancy?

Drug addiction is not only a common concern among the general population. Many pregnant women are suffering from a substance abuse disorder too. One study reports an increasing concern regarding heroin addiction in pregnant women.

Several treatment options have been suggested for pregnant women with addiction problems. Studies have shown that methadone during pregnancy can be one combination to consider. A rehab program may indicate the use of the drug as a treatment option too. This is because there seems to be a high rate of success when a pregnant woman is treated for addiction to this medication.

The study concluded that pregnancy on Methadone is a more appropriate option compared to maintaining an addiction to heroin. Thus, when a patient is addicted to heroin and requires medical treatment, then being pregnant on Methadone is an option that treatment providers should consider.

There is, of course, also concern about the pregnant women being addicted to this drug itself. In such a case, higher doses of the drug are often used by pregnant women. This can lead to adverse effects. When an addiction to the drug is found, then the woman and her baby may be facing certain risks.

Dangers Of Methadone Use In Pregnancy

Even though this drug is used in pregnant women with substance abuse disorder, there are still some potential dangers to be taken into consideration. There are also some dangers to consider when the woman uses the drug for reasons other than what it is meant to be used for.

Women need to consider the effects of Methadone on the fetus. It is also important to consider side-effects directly affecting pregnant women during treatment. When Methadone side effects on babies are taken into consideration, a woman will have more knowledge on the subject and realize what they should expect.

There are some concerns about the baby born with Methadone addiction. 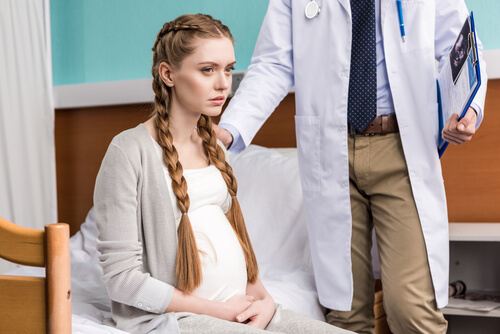 At the same time, the study did make some important conclusions that women need to take into consideration. The baby born on Methadone had a higher chance of premature delivery. This greatly increased the risk of morbidity among newborn babies. Particularly those babies who were born too early were at risk of dying.

With this in mind, babies born to mothers on Methadone do face a risk of morbidity. The study does not list any long term effects of babies born addicted to Methadone. Still, further studies may be needed to help mothers understand what to expect.

The study does note that women should not consider getting off Methadone during the course of pregnancy. The risk of returning to drug abuse is too great and cause more serious harm to the unborn baby.

There are some risks that are faced among babies born on Methadone. Still, the drug may yield a reduced risk compared to what they may face if the pregnant woman is addicted to substances like heroin. Studies show that Methadone side effects may be less dangerous than heroin and other common opioid substances that pregnant women may be addicted to.

A methadone maintenance therapy program may be introduced to a woman during pregnancy. This is because studies find that continuing with this drug during pregnancy, significantly reducing the risk of a relapse to harmful and illicit drugs.

Still, careful monitoring of the mother is required during the process. Snorting Methadone is a sign of addiction, and that treatment may not work as effectively. Methadone baby symptoms that show effects of the drug on the fetus or newborn baby need to be taken into consideration too.

Studies show that the use is most successful when the therapy is initiated at least six months before the birth of the baby.

Should A Woman Quit Methadone Cold Turkey While Pregnant?

Women are often not sure if they should stop using the drug when they become pregnant. Understanding the Methadone mechanism of action is important here. This allows the woman to understand what may happen if they quit cold turkey.

There is also a common concern about a baby born addicted to this drug.

Generally, it would not be advised for a woman to quit cold turkey. The woman should also avoid making adjustments to their dose without first consulting with a healthcare professional.

This would increase the risk of Methadone overdose symptoms when dose adjustments are made on their own. 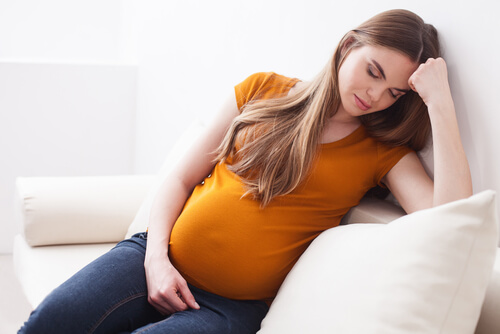 Risks To The Baby If The Father Uses Methadone

Some parents ask if the father poses a risk to the baby if he uses the drug. At the moment, there is no significant evidence behind this fact. When asking whether Methadone shows up on a drug test, the answer would be yes. However, the drug might not transfer to pregnant women and affect the fetus in the process. Still, since no conclusive evidence is available, being cautious would be the currently preferred action to take. The father is also unlikely to make the baby addicted to Methadone upon birth.

If A Mother Uses it During Pregnancy, Will The Baby Be Addicted?

When neonatal abstinence syndrome develops, then baby withdrawal from Methadone is a possibility to take into account. Exposure to narcotics and certain drugs before birth could cause Methadone babies’ withdrawal symptoms to develop.

At the same time, some studies show a decline in the rate of Methadone withdrawal in newborns, along with the incidence of neonatal abstinence syndrome among patients who take this medicine.

Careful consideration should go into this process. Methadone babies long term effects would also need to be taken into account. The woman should talk to her doctor if she feels concerned about the potential side effects that may occur when she takes medicine during pregnancy.

Another concern is Methadone breastfeeding women. It has previously been established that several drugs may enter milk that is produced during breastfeeding. With this in mind, there is a growing concern about babies addicted to Methadone. When exposed to the chemicals found in the drug through breastfeeding, such withdrawal symptoms could possibly be seen in the newborn child.

This is yet another concern that still requires further research. At the moment, studies do show a positive association between the drug and breastfeeding. Very little evidence is available that infant Methadone withdrawal can occur when the child is breastfed.

Methadone During Pregnancy And Safety Concerns

Whether a pregnant woman takes Methadone 5mg or any other dose, there is a concern regarding the well-being of the unborn baby. Babies withdrawing from Methadone is currently a big concern among pregnant women who are advised to take the drug during pregnancy.

Both the pros and cons of the drug should be taken into account. There are certain side-effects that have been linked to the use of the drug. The pregnant woman may experience these side-effects herself while she uses the drug. More research may be needed to provide accurate data on whether baby withdrawal from Methadone is something that pregnant women should be worried about. Several studies have also shown that it may rather have a positive effect on pregnancy, given that the therapy is initiated early on and continued during the entire pregnancy period.