Hydroxyzine is used for the treatment of diagnosis with different etymologies, thus one can be easily confused about the drug class of Vistaril. Many people don’t know the Vistaril drug classification. Keep reading to find out the Atarax drug class.

Is Vistaril A Controlled Substance?

Hydroxyzine is not a controlled substance even though it requires a doctor’s prescription – one can’t buy Vistaril otc. It means that the addiction potential of a drug is quite low, unlike most other anxiety treatment medications. This is why it is excluded from the drug classification system. Still, if one has a prescribed Vistaril dosage for anxiety treatment, it is advised not to drive a car or operate any Industrial machinery under the influence of the drug. 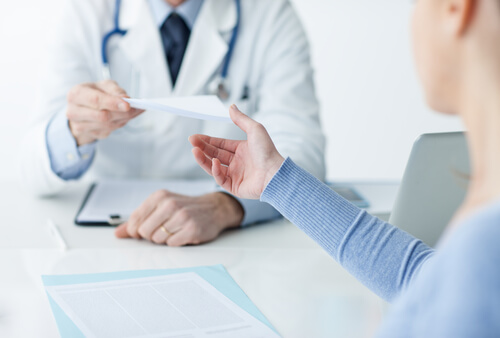 Is Vistaril A Narcotic?

Though it is used during the treatment of insomnia or planned surgery to manage anxiety, it is not a narcotic substance. It’s not based on the opiates. Moreover, Vistaril antihistamine properties don’t allow it to be a standalone analgesic, but it may enhance the strength of certain pain relievers when used in conjunction.

Is Vistaril An Antihistamine?

The Atarax medication is a selective histamine receptor inverse agonist. This is why it is classified as the 1st generation antihistamine. It is mainly used for treating allergy-related symptoms like itching, rashes, and hives. There is an ongoing Atarax vs. Benadryl debate between patients when it comes to allergy treatment.

Keep in mind that only a doctor has the right to assign, review the use of, or replace the drug during treatment

Patients should, however, note that Hydroxyzine antihistamine drug comes with certain side effects like headache, drowsiness, and dry mouth. It is still unclear whether it is safe to use the medication during pregnancy and breastfeeding or not.

Is Hydroxyzine A Benzodiazepine?

When it comes to the treatment of anxiety, one can easily misinterpret the Vistaril class. The Atarax is often prescribed alongside benzodiazepines like Xanax, especially for treating anxiety and other related issues. It depresses the activity in the central nervous system. This is why it also comes handy when during the anesthesia. Does this make Vistaril a benzo? No, while it shares calming properties with benzos and induces a similar reaction, it is not a benzodiazepine drug. The sedative effect of the drug is secondary to its main antihistamine effect. 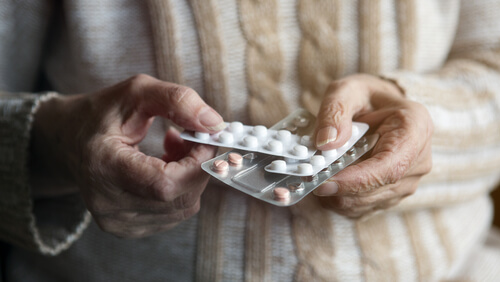 Is Hydroxyzine An Antidepressant?

Many treat Vistaril as an antidepressant. Such a belief is based on the popular practice of prescribing Atarax for psychological-related conditions like bipolar disorder. While being considered a strong drug for such cases, it is not an antidepressant. It usually accompanies other drugs during the treatment of psychological disorders to provide symptomatic relief. So, does Vistaril cause weight gain? Vistaril antihistamine drug may provoke changes in body weight as antihistamines increase the appetite.

Is Hydroxyzine A Psychotropic Drug?

So, what is Vistaril used for? While it can be used to treat non-allergy conditions like anxiety, insomnia, and being part of psychiatric treatment, it is an antihistamine drug. Not only the drug class of Hydroxyzine is confusing, but also its brand names are also a subject of mass confusion. People tend to confuse Atarax vs Vistaril even though the first one is a discontinued name.

According to the DEA, Vistaril is not a narcotic substance, which means it has a low potential for abuse. Still, one won’t be able to buy Atarax over the counter and it is impossible to buy Atarax without a prescription. It is important to be acknowledged of drug class, its uses, and how it affects the body. Both unintentional or intentional overdose may lead to severe side effects like hallucinations, excessive drowsiness, or even seizures.

For those dependent on the Hydroxyzine, there are several treatment opportunities available. One can visit local rehab centers that offer a medically supervised detox as the first course of treatment. Another option is addiction counseling and addiction treatment. Patients can also be helped in the aspect of acquiring new skills that will help them in their journey towards making physical and behavioral changes. Most treatment centers accomplish this through didactics, family, group, and individual therapies.