How Long Does Hydroxyzine Last In Your System And Will It Show Up On A Drug Test?

First developed in 1955, Hydroxyzine is a common drug used to treat symptoms of allergies such as itching, running nose, and sneezing. It is an antihistamine that is administered orally or through injections. However, its side effects can be debilitating. So, it is important to speak with a medical doctor or pharmacist before administering the drug. But how long does Hydroxyzine last in the system? How does it even work? What is the half life of Hydroxyzine? And how long does Hydroxyzine take to work?

These topics and more would be thoroughly tackled in the ensuing paragraphs.

How Does Hydroxyzine Work?

Hydroxyzine, which is marketed under the brand names Vistaril and Atarax, is a drug whose importance to health can’t be understated. They are antihistamines that are used in the treatment of itches caused by allergic reactions. It prevents a substance release called histamine which is produced by the body’s immune system. Vistaril is also effective for the treatment of anxiety that is the most widespread mental disorder in the US. Hydroxyzine half life elimination for adults is around 20 hours thus it is used in preoperational procedures to sedate patients. Vistaril has its effect on the body by inhibiting H1 receptors. The H1 receptors mediate the body’s reaction to allergens. Histamines are chemical compounds produced by the immune system which are responsible for fighting allergens.

When the body is exposed to allergens, mast cells and basophils degranulate and release inflammatory mediators such as histamines. Vistaril acts as an inverse agonist to the histamines by connecting with the H1 receptors and, by doing so, slows down the activity of the receptor. Such an action of the medicine results in diminished symptoms manifestation. It also acts antagonistically to the 5-HT, muscarinic, and alpha- adrenoreceptors. The 5-HT receptor is responsible for the reception of serotonin. The ability to inhibit this reception gives the drug anxiolytic capabilities, thus it allows the use of Vistaril for anxiety.

Generally, the half-life of any medicine depends on the age group the patient belongs to. Often children happen to enjoy a shorter half-life of drugs compared to adults. Averagely, Hydroxyzine stays in the human body for 1-36 hours. For adults, the average half life of Hydroxyzine is around 20 hours while that of children is about 7 hours.

In the aged patients who may have a weak metabolic system, the Hydroxyzine half life is approximately 29 hours. Patients who suffer health problems like renal or hepatic impairment are likely to have a prolonged Vistaril half life. 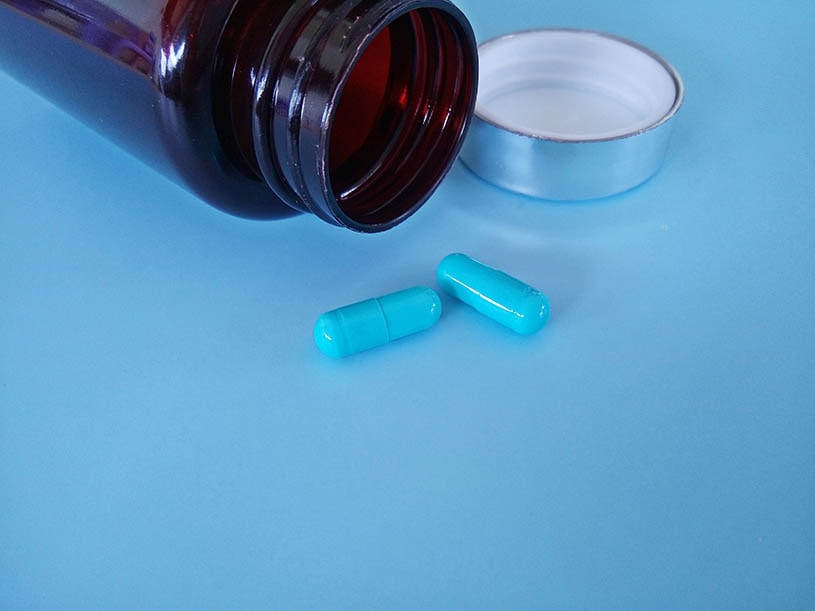 How Long Does Hydroxyzine Last?

Just like the Vistaril half life, the detection window for Hydroxyzine also varies, depending on the sample provided for testing; either urine, blood, saliva, or hair. Also, the detection time frames may be different for each patient

A drug test using a blood sample is very accurate, but an expensive one. The detection period for Atarax using blood tests is up to 27 hours.

A urine drug test can be done to detect the presence of the medicine. It is normally done by collecting a 30-60 mL urine sample of a patient and then evaluated in the laboratory. The detection window in the urine is up to 24 hours.

The detection period for drugs using hair as test samples is considered the longest. With the use of hair shafts, traces of Atarax consumed over a long period can be detected. The detection period in the hair is up to one month and remains detected for as long as three months, depending on the length of the hair shaft.

On average the detection period for the medicine ranges from 24 hours to about a month, depending on the test sample. However, due to the average Hydroxyzine half life, take the urine test or blood test for quick results.

Does It Show Up on a Drug Test?

There’s a common misconception that Vistaril could turn false positive for benzos. Thus, patients on Vistaril are tempted to refrain from taking the drug before a drug test for fear of failing. So, does Hydroxyzine show up on a drug test? The short answer is no, it doesn’t. First, the chemical structure of both drugs; benzodiazepine (benzos) and Vistaril are not the same.

Also, there is a huge difference between Vistraril’s mechanism of action and that of benzos. So, even if large quantities of Vistaril are administered it is unlikely it would show up on a regular drug test. Finally, Vistaril doesn’t belong to the class of addictive or recreational drugs, thus most drug test kits are not designed to detect it. However, traces of the antihistamines can be detected in a specific Hydroxyzine drug test. 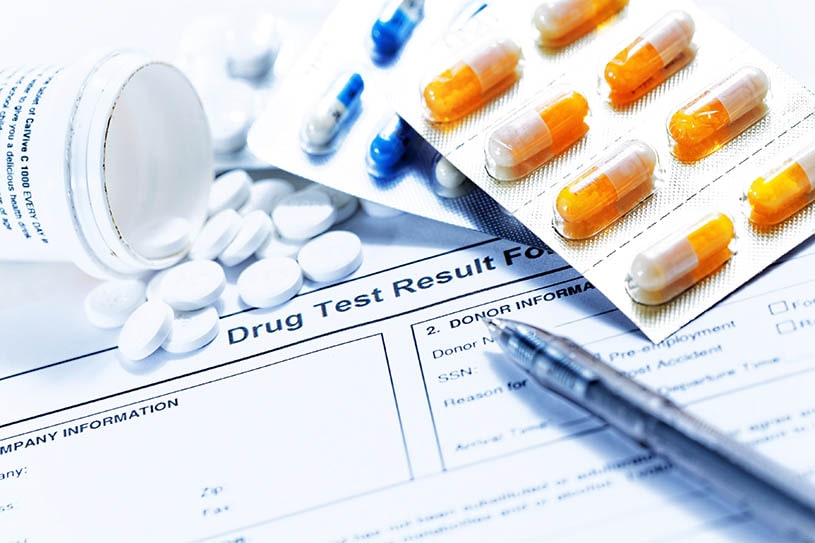 How Long Does Vistaril Take to Work?

Depending on Vistaril half life, the body’s metabolism, and route of administration, the histamine control drug can start working between 5 mins- 45 mins after intake. If the drug is administered orally, it can kick in after 30mins – 45 mins. However, it is even shorter (5mins – 10mins) when it is administered through injections. The medicine can then take up to 6 hours to feel its maximum effect before it begins to wear off. If it is employed to treat anxiety, then it would take hours for it to work. However, caution should be taken as the side effects of Vistaril can set in as quickly as when the drug starts working.

Factors That Influence How Long Vistaril Stays in the System

Generally, Hydroxyzine half life is around 20 hours, thus it should stay long in the system compared to other drugs. However, numerous factors affect the detection window for the medicine in the body. Results may vary between different people.

The Duration of the Drug’s Stay In the Body Depends On Several Factors:

It is recommended that Vistaril is used as prescribed either by a physician or the dosage indicated. This is to avoid an excessive amount of Vistaril in the body and to ensure it doesn’t overstay its welcome in the system.

Hydroxyzine Detox And Getting Vistaril Out Of The System Safely

Even though the medicine is not seen as an addictive drug capable of causing serious harm, there have been rare cases of severe side effects in patients who have used it. Therefore it is advisable that patients always follow the doctor’s prescription, to prevent Vistaril overdosing and avoid dangerous interactions. One way to get rid of the medication from your system is to undergo what is called medical tapering. It is a commonly prescribed method where the addict doesn’t abruptly stop taking the drug – this might send the abuser into shock and cause discomforting adverse effects.

Instead, the abuser is made to take the dosage in smaller quantities, reducing the quantity as each day passes. The addict is then monitored for any withdrawal symptoms. Tapering is gradually repeated until the addict can safely withdraw from the medication without any complications, and/or switch to alternatives to Vistaril under the supervision of a doctor.  Also, those addicted to the medication should seek treatment in an addiction treatment facility. With the help of professionals and carefully designed treatment programs for addicts, the patient will be able to break the addiction cycle and get back to a normal life.