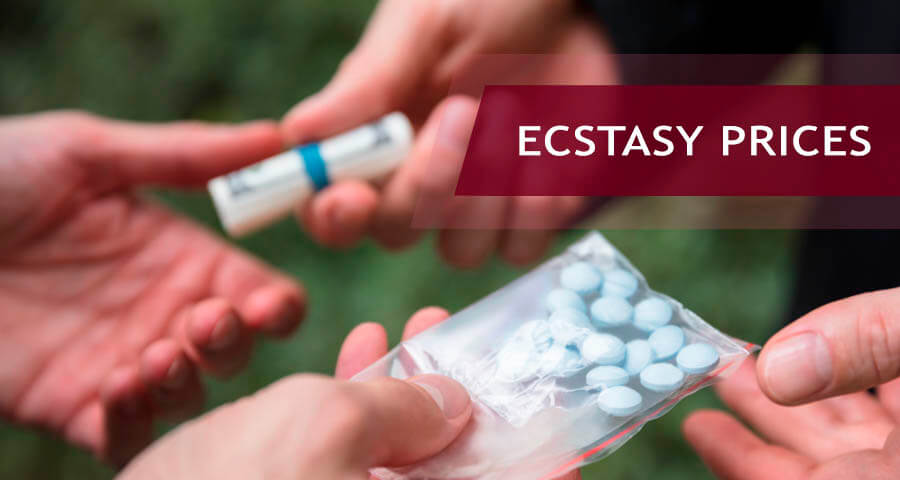 Ecstasy is one of the most popular recreational drugs in the world. This illicit drug is very popular among young people and commonly abused at parties, raves and music festivals. It’s popularity largely stems from the drug’s effects, which trigger feelings of euphoria, happiness, and warmth. Ecstasy increases dopamine, serotonin, and norepinephrine levels in the brain, leading the user to feel it’s effects.

It’s important to know some of the downsides of taking this drug. Using Ecstasy can lead to addiction and severe health problems such as:

Today, Ecstasy can be bought on the streets or from a dealer and on a Dark Web Markets. Ecstasy prices have decreased in the last ten years, and now a global average price is $19 per pill.
Buying or using Ecstasy in any way is illegal and may lead to negative health consequences and trouble with the law. Ecstasy abuse will also cause significant harm to your body. Ecstasy tablets vary in quality and compositions and some batches are fatal regardless of how careful users are.

Buying or using Ecstasy in any way is illegal and may lead to negative health consequences and trouble with the law. Ecstasy abuse will also cause significant harm to your body.

Ecstasy Prices in the United States 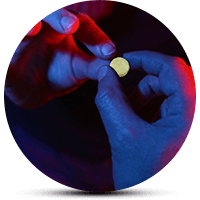 The average Ecstasy price in Europe is $40 per pill and in Australia $32 per pill. In some European countries, it can be bought for $20 or less.
In Eastern Europe, Ecstasy is quite cheap at approximately $2-$3 per pill. In Serbia, for example, it costs $3. However, in some parts of Asia such as in the Republic of Korea, Ecstasy can cost over $90.
In the United Kingdom, its price is £5, but in other parts of the country, users will pay up to £15.
In some small towns in the Netherlands, ecstasy users pay €20 per pill.
Moreover, in Australia, Ecstasy users have pay $20 per pill.
When it comes to Canada, Ecstasy prices vary. In Vancouver, one pill costs $20, but in Ontario, one will pay $50-$70 per gram.

Buying Ecstasy on the illegal market is prosecuted by the law in all countries.

Ecstasy addiction can be very harmful to one’s health and also carries a high financial cost. This dangerous habit may cost hundreds of dollars per month depending on where the user lives. An addict searching for money to buy drugs can lead to additional risks and dangers. As a result, it may cost one’s health, freedom, job, and relationships to use Ecstasy. Ecstasy detoxification can also be a difficult process, considering the fact that the withdrawal symptoms and may require medical supervision.